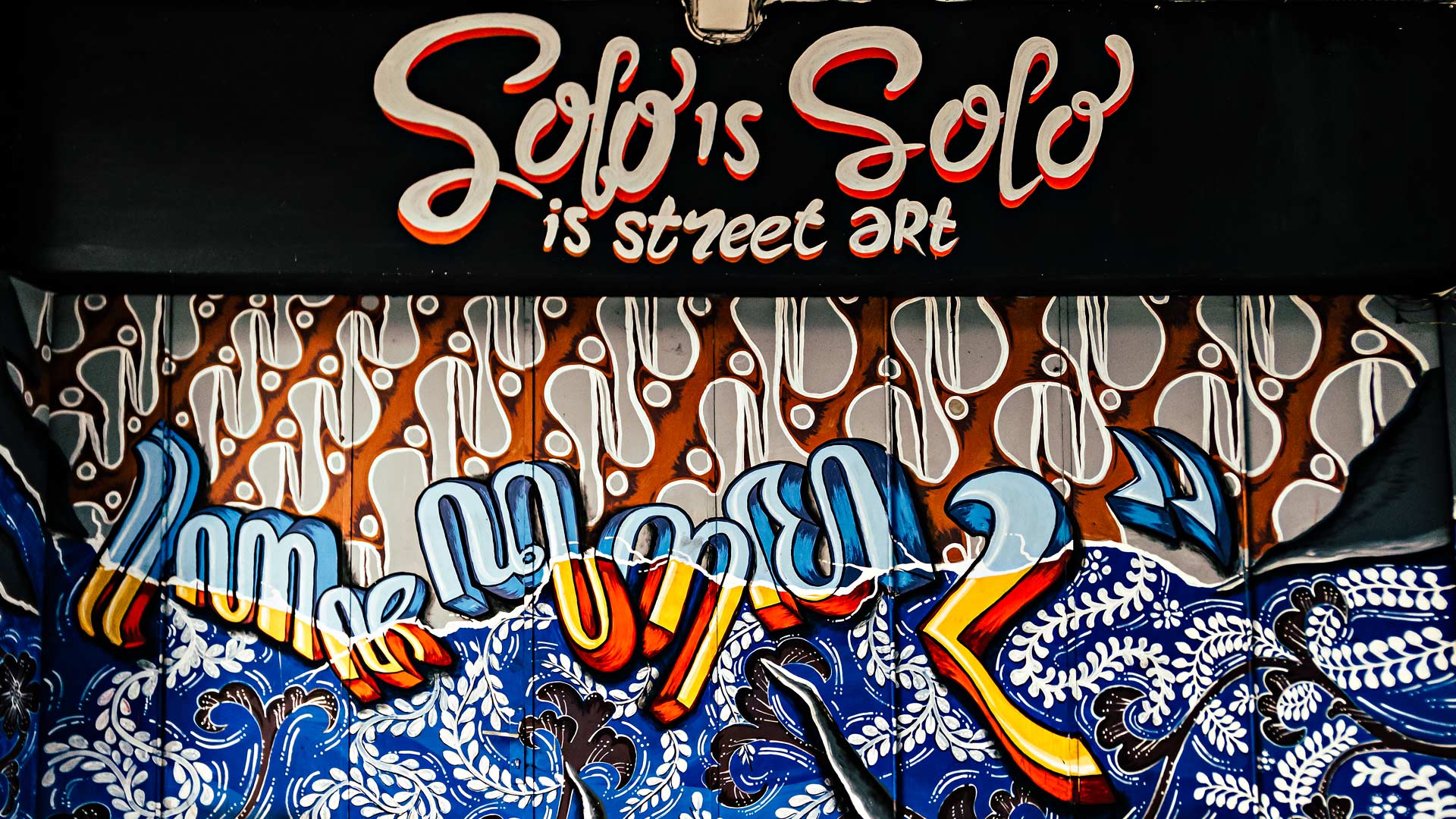 It seems that I am a little behind the times, not realising the city of Solo (a.k.a. Surakarta) has become one of Indonesia’s hubs for street art. Upon seeing these incredible murals in Solo’s city centre I was quite surprised, to say the least.

Before I go any further, lets first take a look at some photos that portray the ‘vibe’ over there: 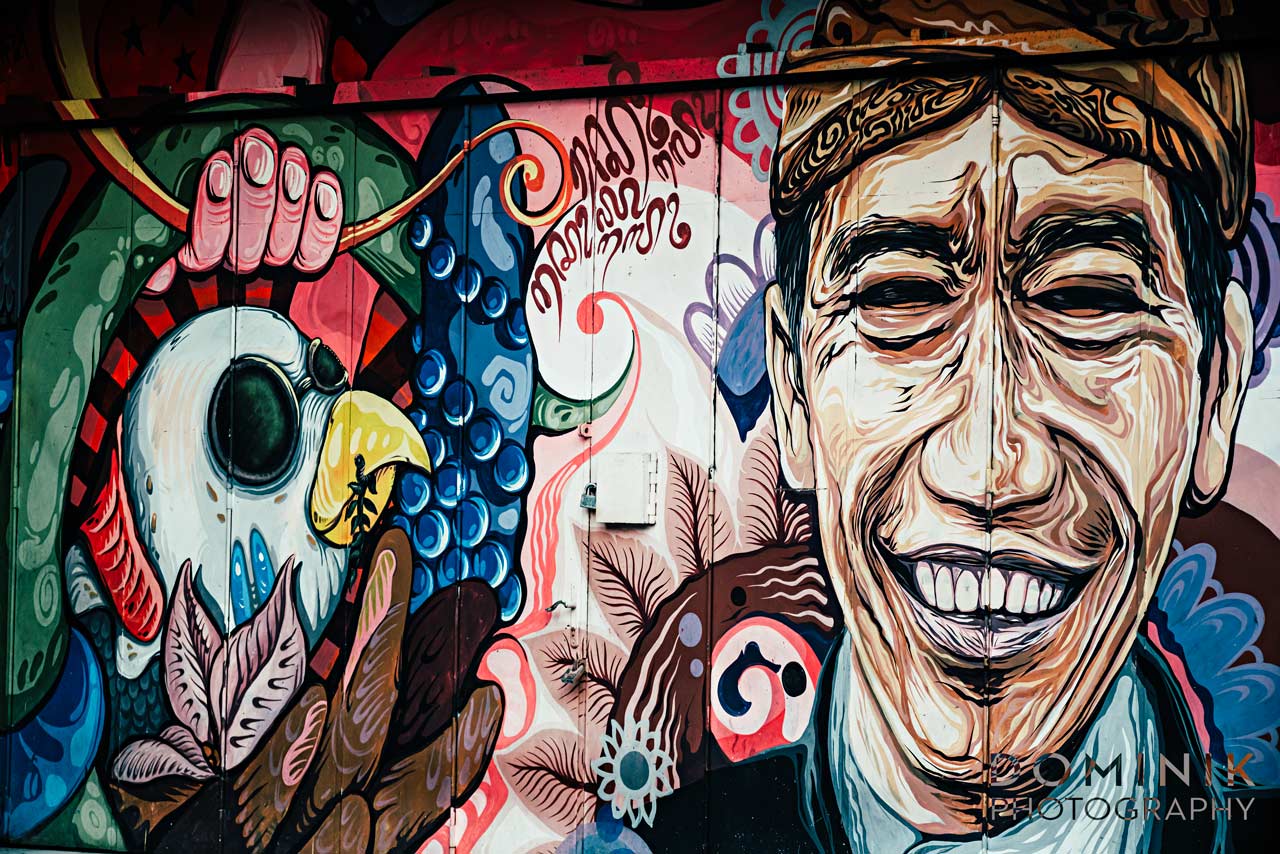 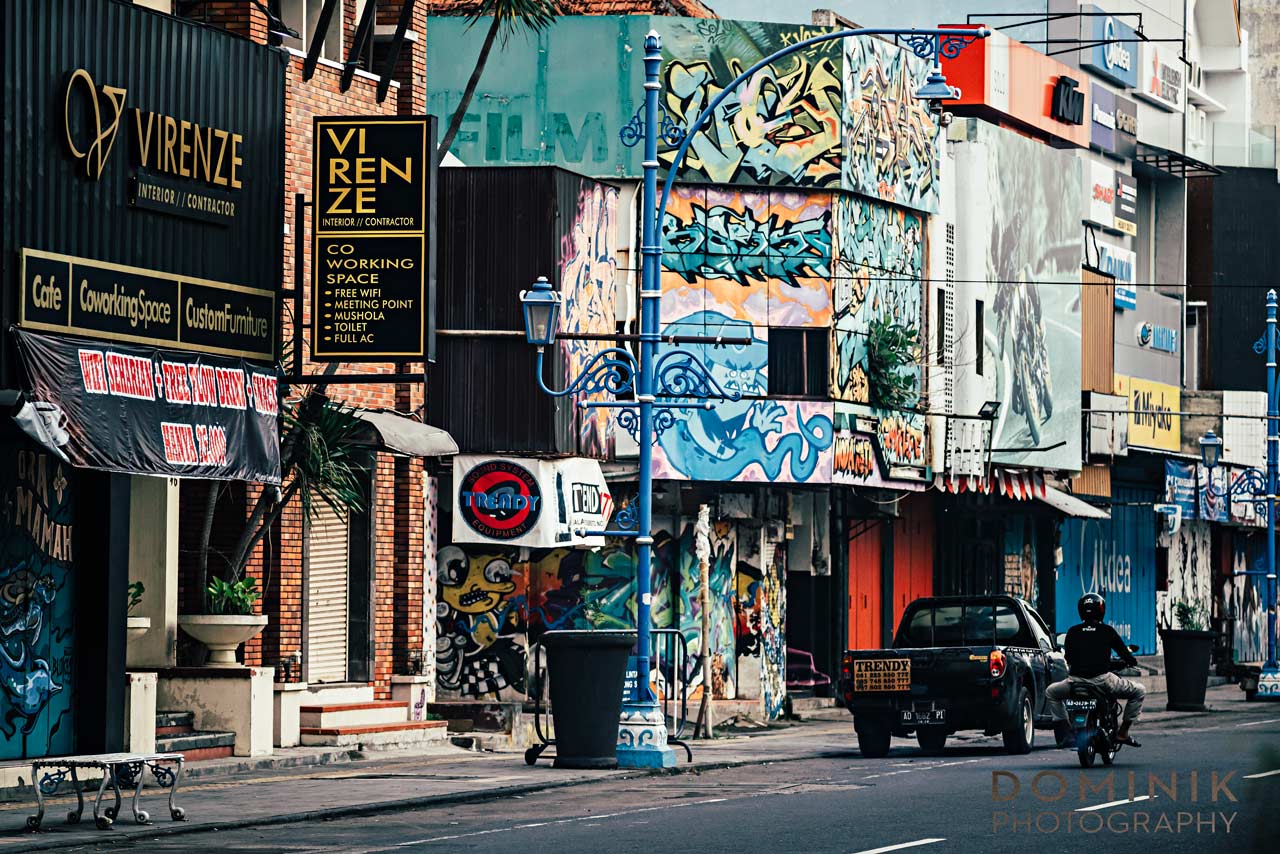 Jalan Gatoto Subroto in SOLO – this where the action is… 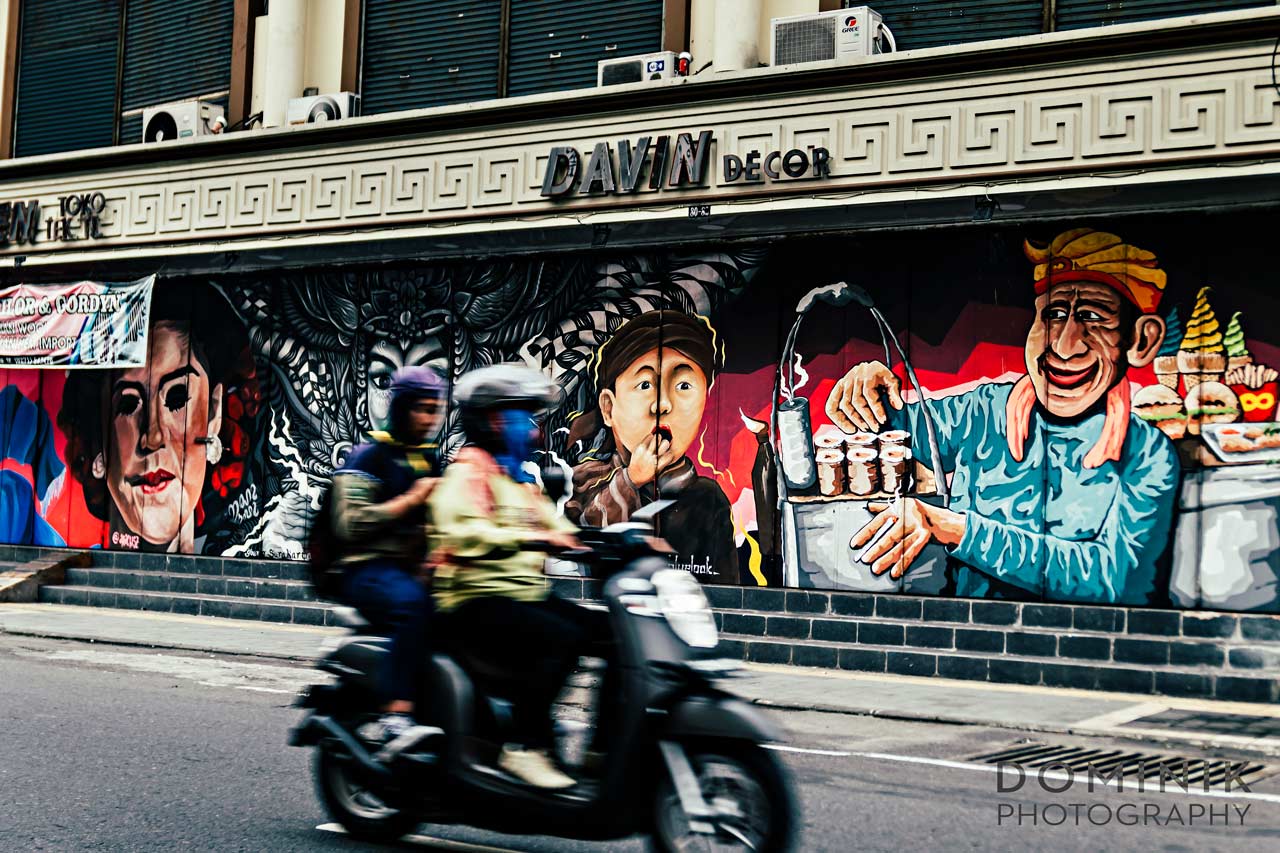 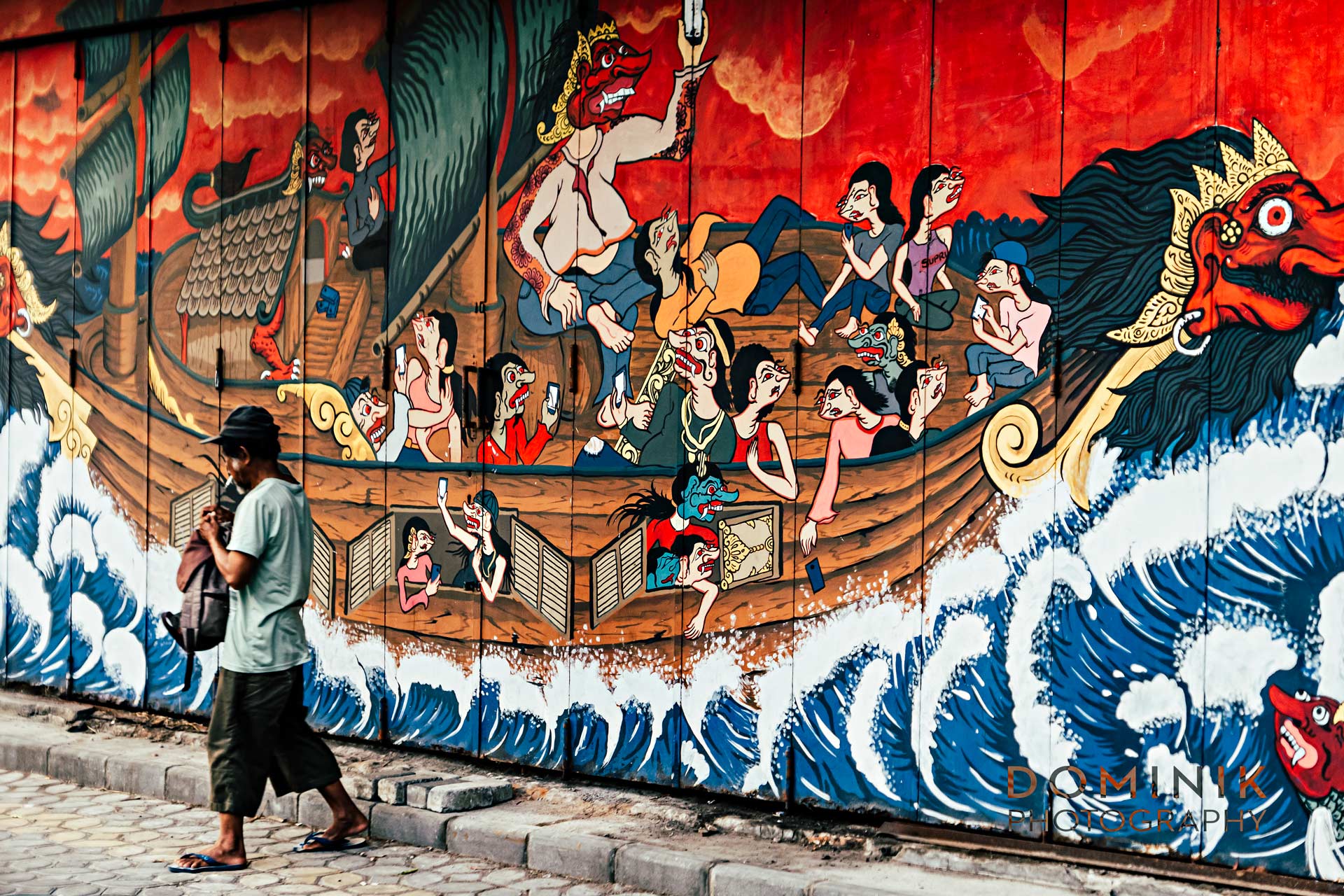 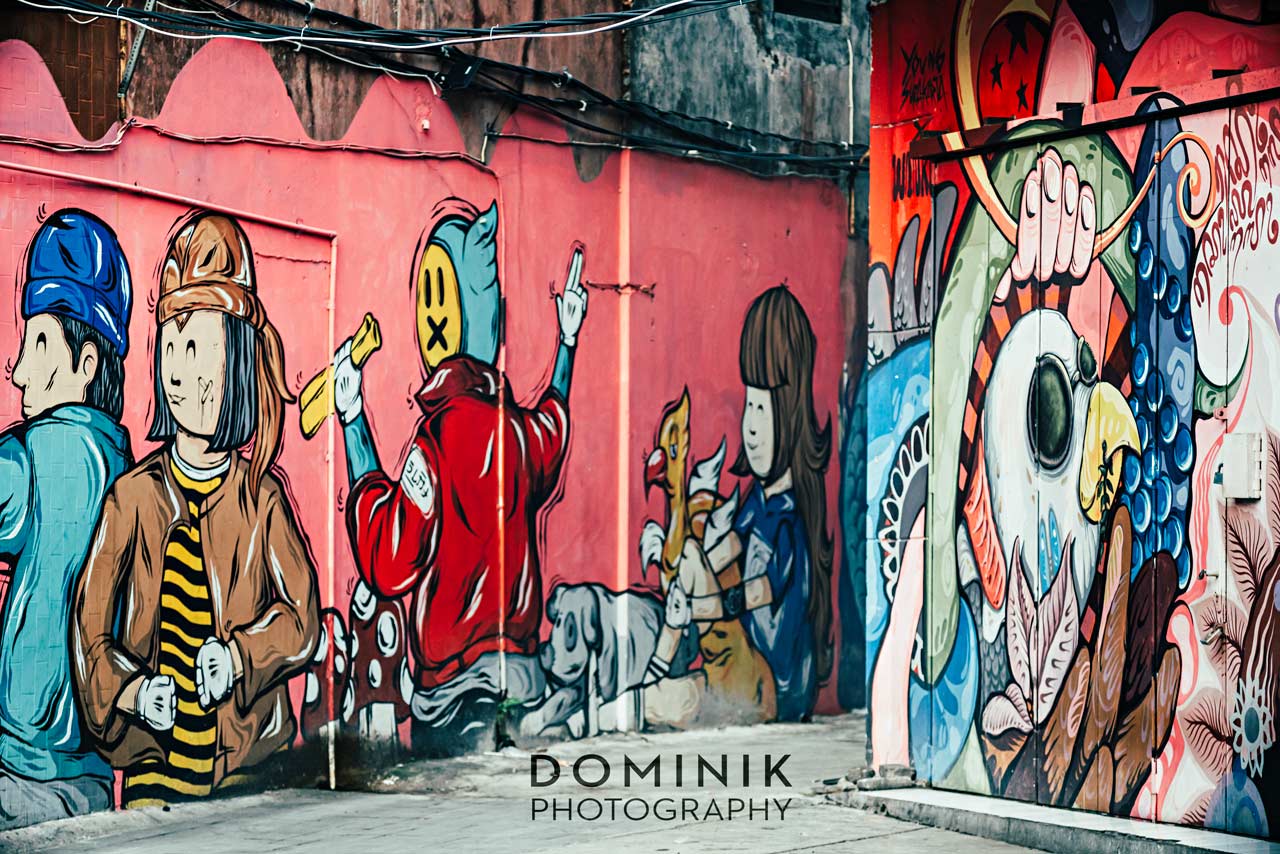 Art all over the place – SOLO

SOLO – reunited with an old Love…

I started frequenting Indonesia around 30 years ago, and two places always struck my fancy. Bali, the island where I currently reside and Solo in Central Java.

I loved Solo so much that I even considered enrolling in Musical College there. This did not materialise due to a number of reasons.

However, over the last few years, my interest in Solo sparked again and finally during March 2020, my wish to go there came true.

As I was already quite familiar with Solo, I did not really plan anything or search for any points of interest.

Remember, I was a self-proclaimed ‘Solo Expert’… 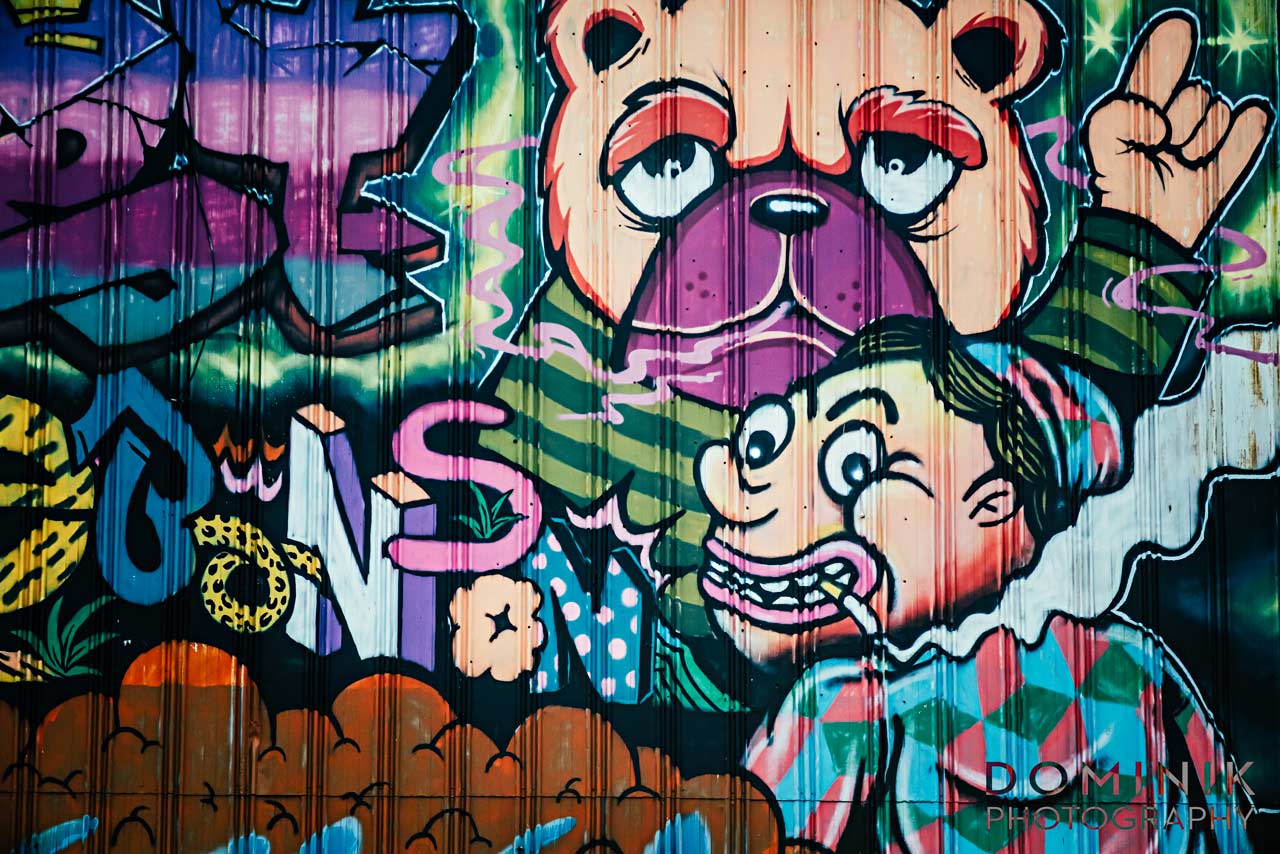 And another mural on a shopfront in SOLO 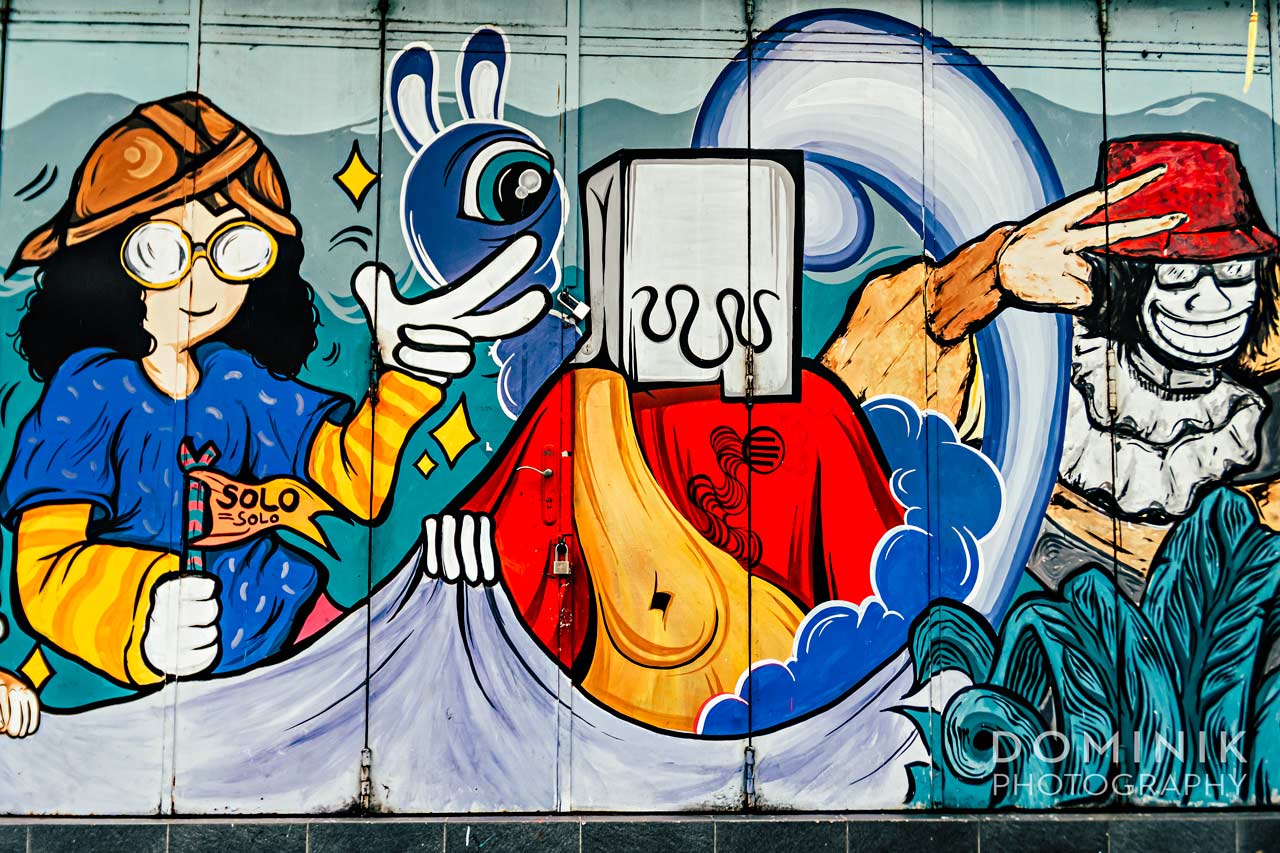 Murals as an expression of local art… 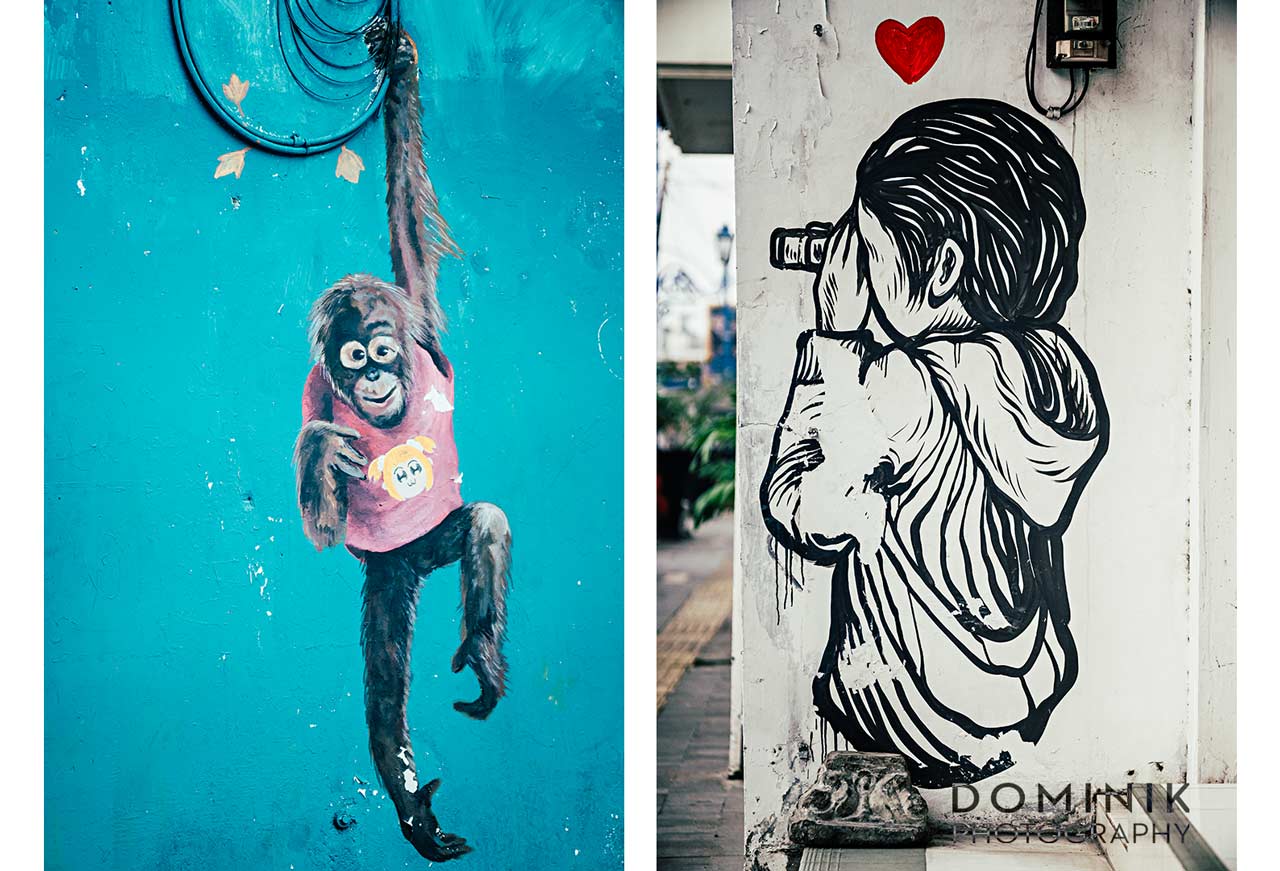 Solo has become one of Indonesia’s centres for street art

The Street art in SOLO is an initiative launched by the local government and artists from the Solo area.

The government aims to provide spaces for street art and murals to combat ‘wild street art’, categorised as vandalism.

I was pleased, however, that the ‘vandalism’ still existed in other parts of Solo. I felt that this type of street art was still nice to look at.

Isn’t vandalism a destructive action? How can art be considered as destruction? Paradoxical isn’t it?

Who defines what is vandalism and what isn’t? Is it the government? The people?

I’ll leave it to you readers to decide.

Either way… it’s great that the government has endorsed this initiative to brighten up the streets of Solo with art.

A depiction of Javanese children 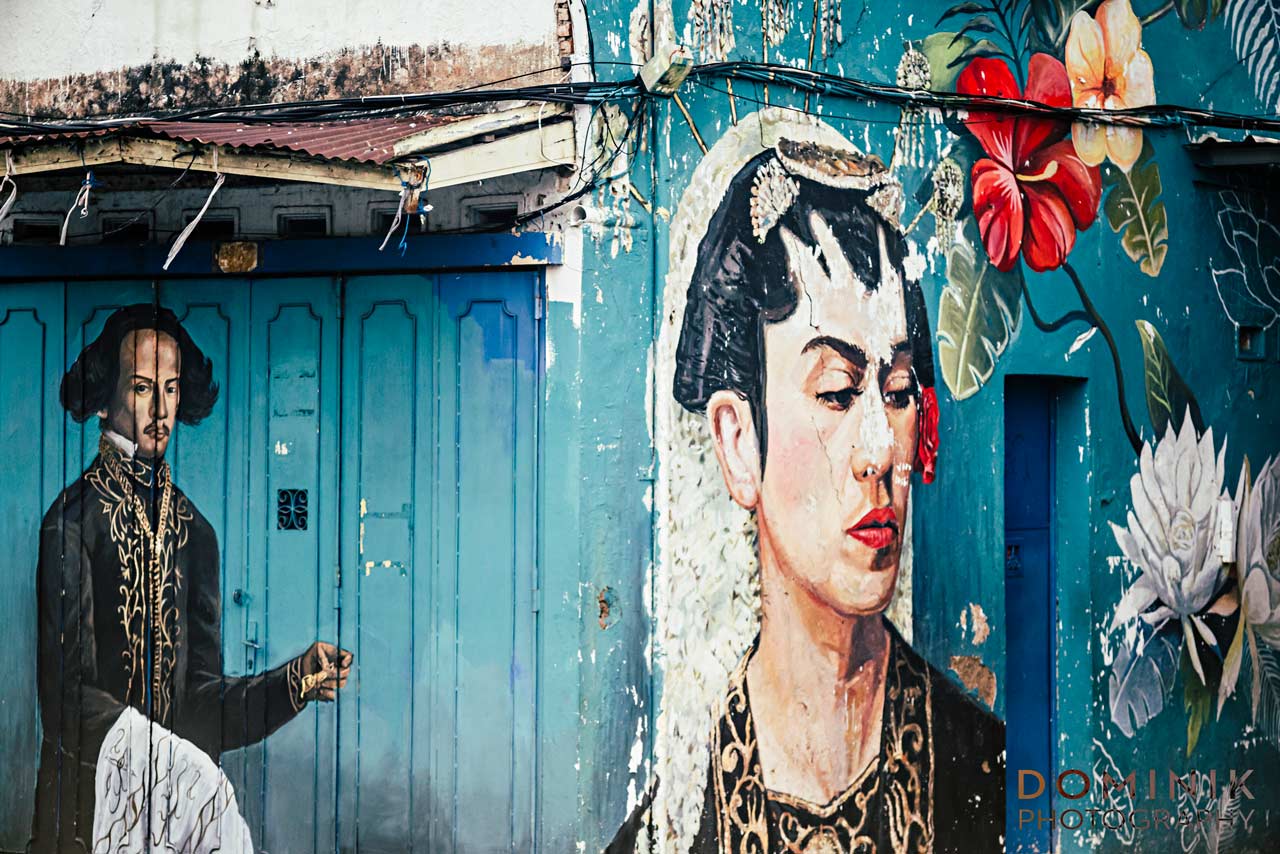 Photorealistic murals are also on display

As I made my way through the city centre with my taxi, I spoke to my driver about the initiative. He suggested that I come back in the evening when all the shops are closed.

Because I stayed quite close to the area with the murals the following evening, around 8 o’clock I walked there.
Indeed, the shops were closed and it was also quite dark. Too dark for photos…

So, I came to the conclusion that the best time to visit would be after dawn. Before the shops open, and before the ‘hustle and bustle’.

Around 7 in the morning, the morning light was good, the shops were still closed and the streets felt empty. 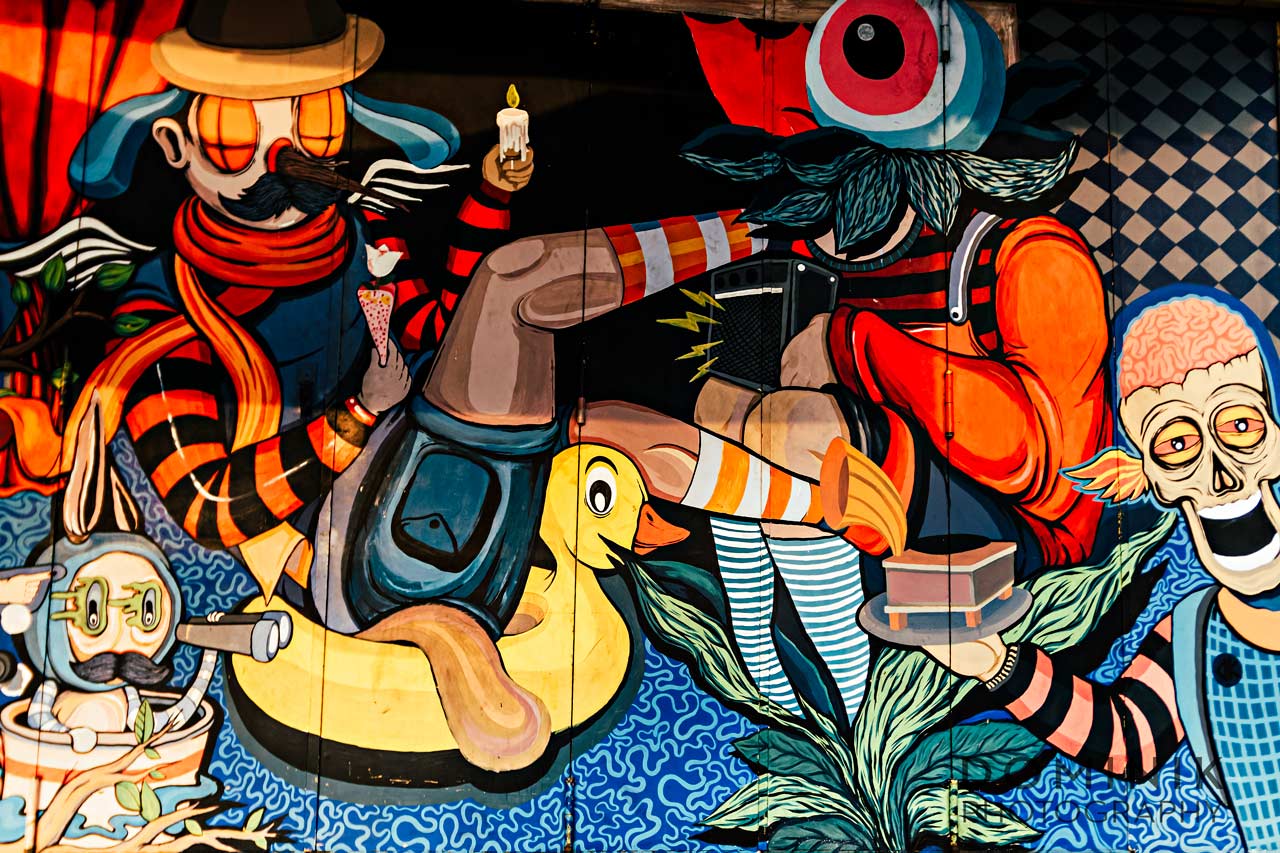 A rikshaw making its way into the photo 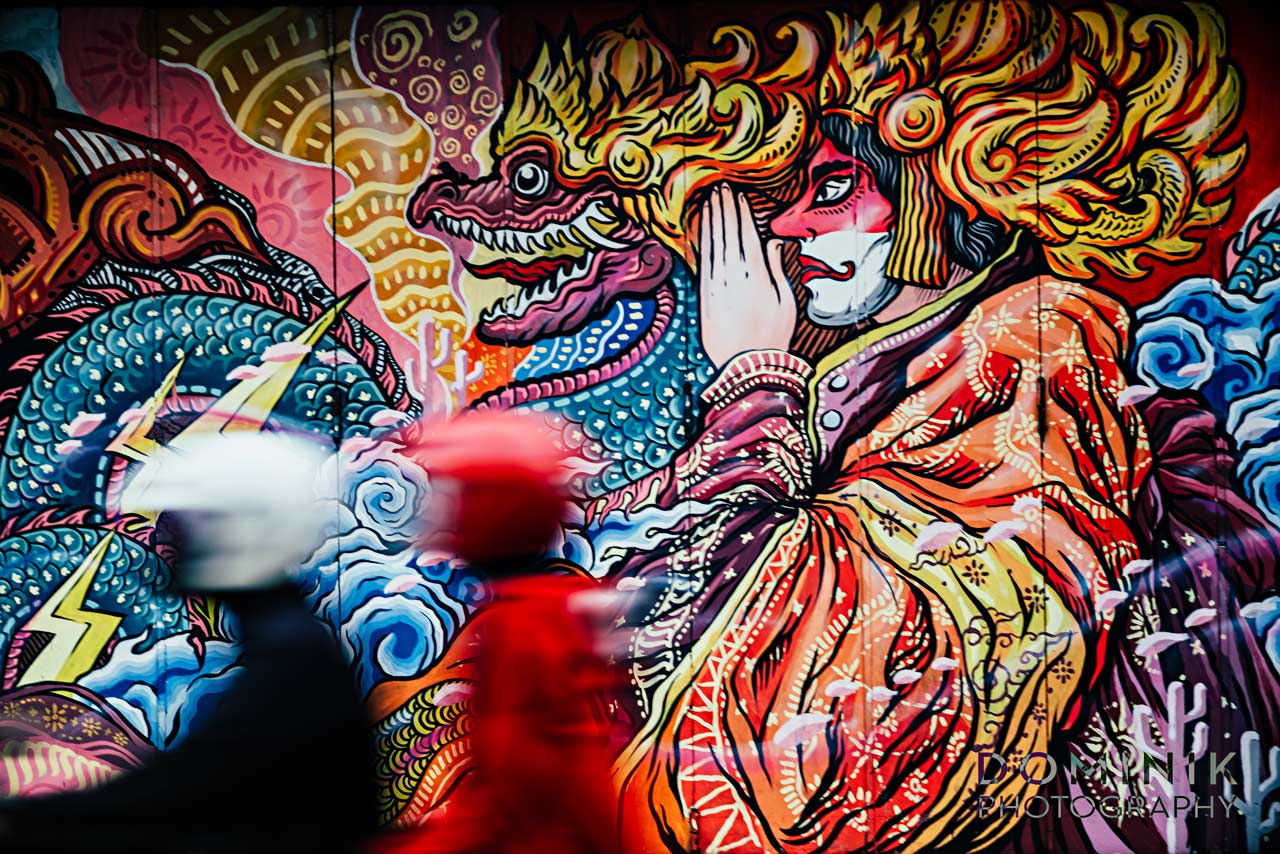 Photography with an old lens

As always I was doing my work with vintage lenses. This time I brought the Jupiter 11, a 135mm / f4.0 vintage lens as my main weapon of choice.

It turns out that a focal length of 135mm is perfectly suited to taking photos from across the road.

So much so that almost all the photos I took were with this lens.

I was also accompanied by a pocket camera, the LUMIX 10. A few of these pics were taken with my lil’ Lumix.

I lift my hat in admiration to both the artists who have contributed to the creation of this street art, and to the government of Solo for its’ dedication in endorsing this project.

The murals that are displayed are of diverse designs with many elements stemming from Javanese culture.

I made an effort to photograph the art as it is, without it being hindered by buildings or people.

There were some murals that were so detailed that I had to photograph those very details.

Let’s take a look at a few more examples of the beautiful murals in Solo: 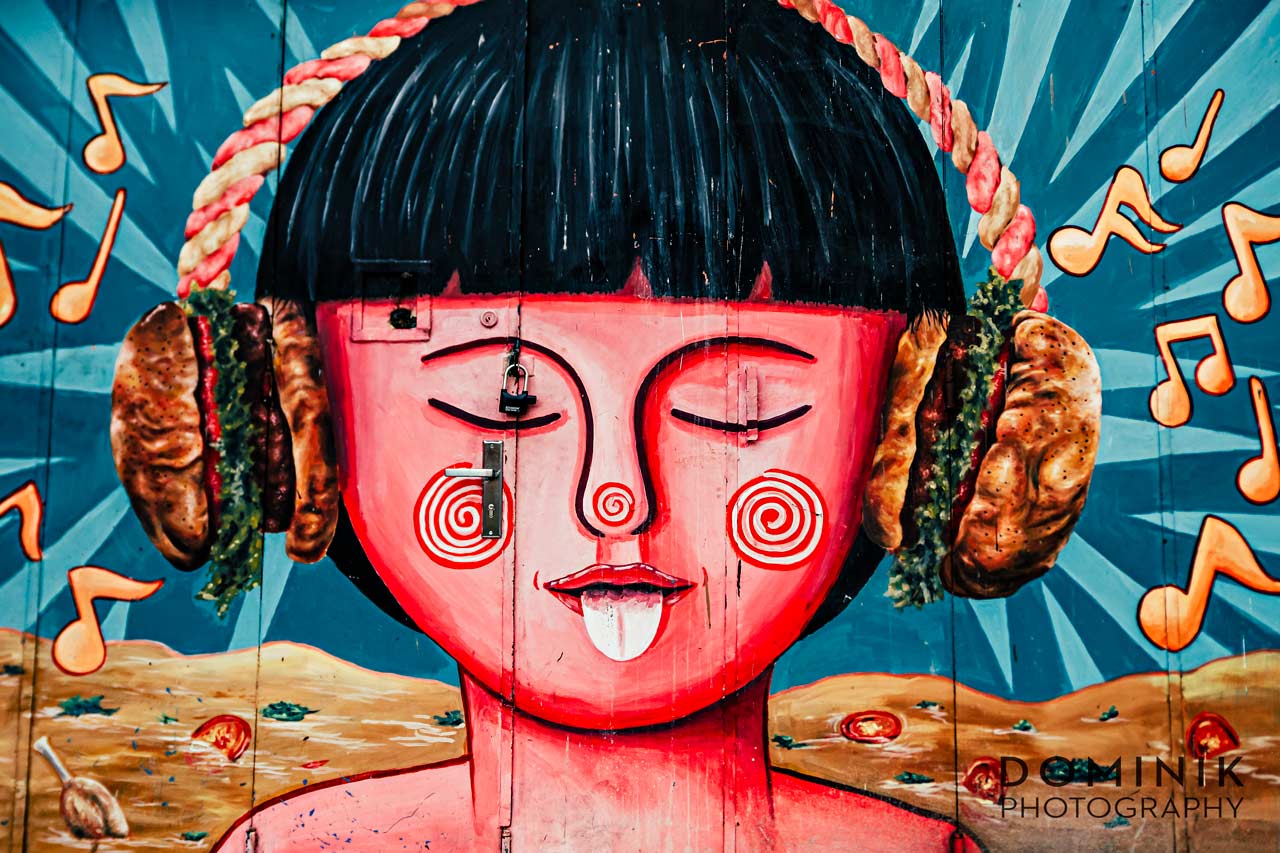 One of my personal favorite mural in SOLO 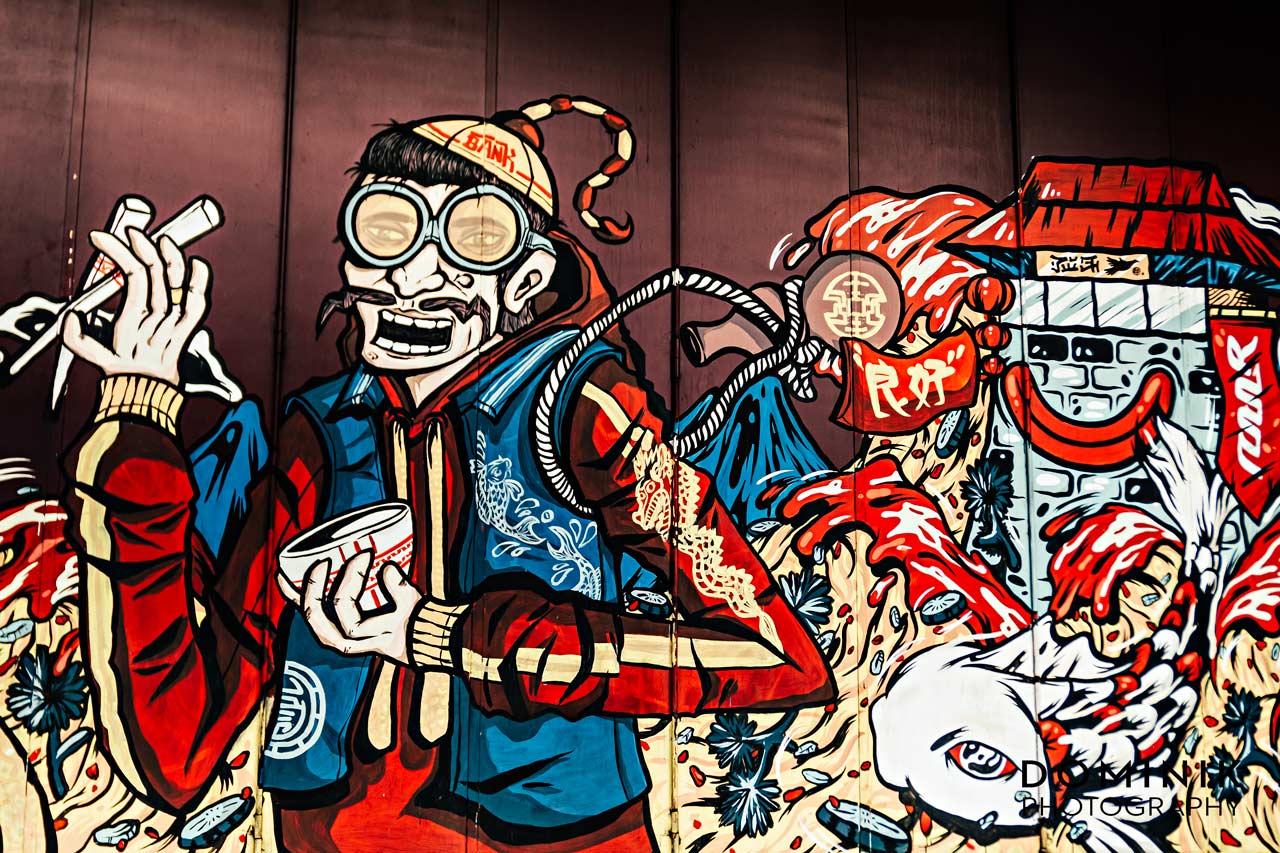 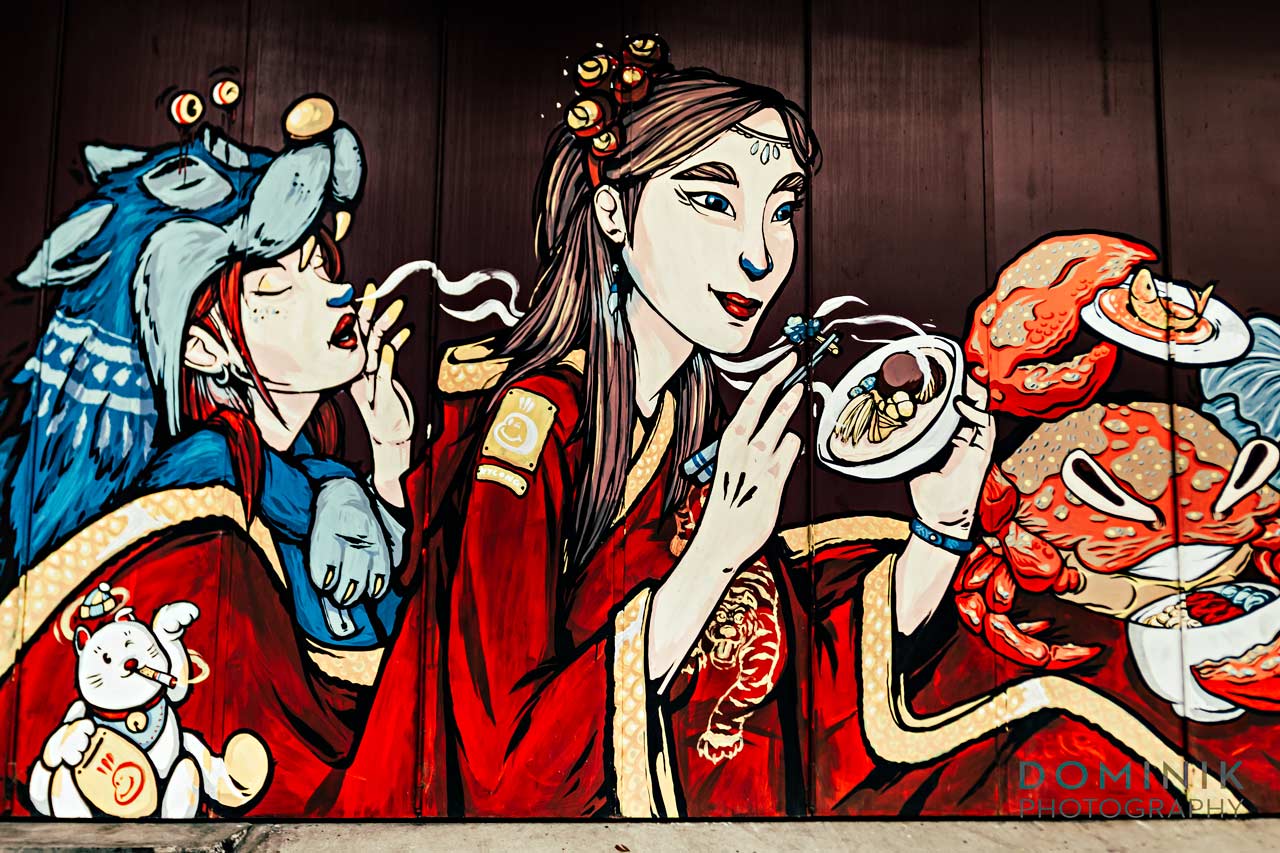 Beautiful to look at

My conclusion about the murals of Solo

I’ve seen street art in all corners of the globe and what I found in Solo was just as pleasing to see.

I even feel that street art is very suitable for Indonesia. Because generally, appreciation and application of art is lacking here.

Seldomly do you see an art gallery so that the public can enjoy works of art.

In my opinion street art is an effective approach to bring the public and the talent and creativity of the nation’s artists closer together.

It seems that that the street art in Solo has served as inspiration for a number of graffiti artists. You can now find other walls scattered around the city decorated with murals.

Whether or not this ‘wild art’ is legalised, I don’t know. And frankly I could not care less…

Because Graffiti is wild and illegal in itself.
I hope that other cities in Indonesia follow Solos example… 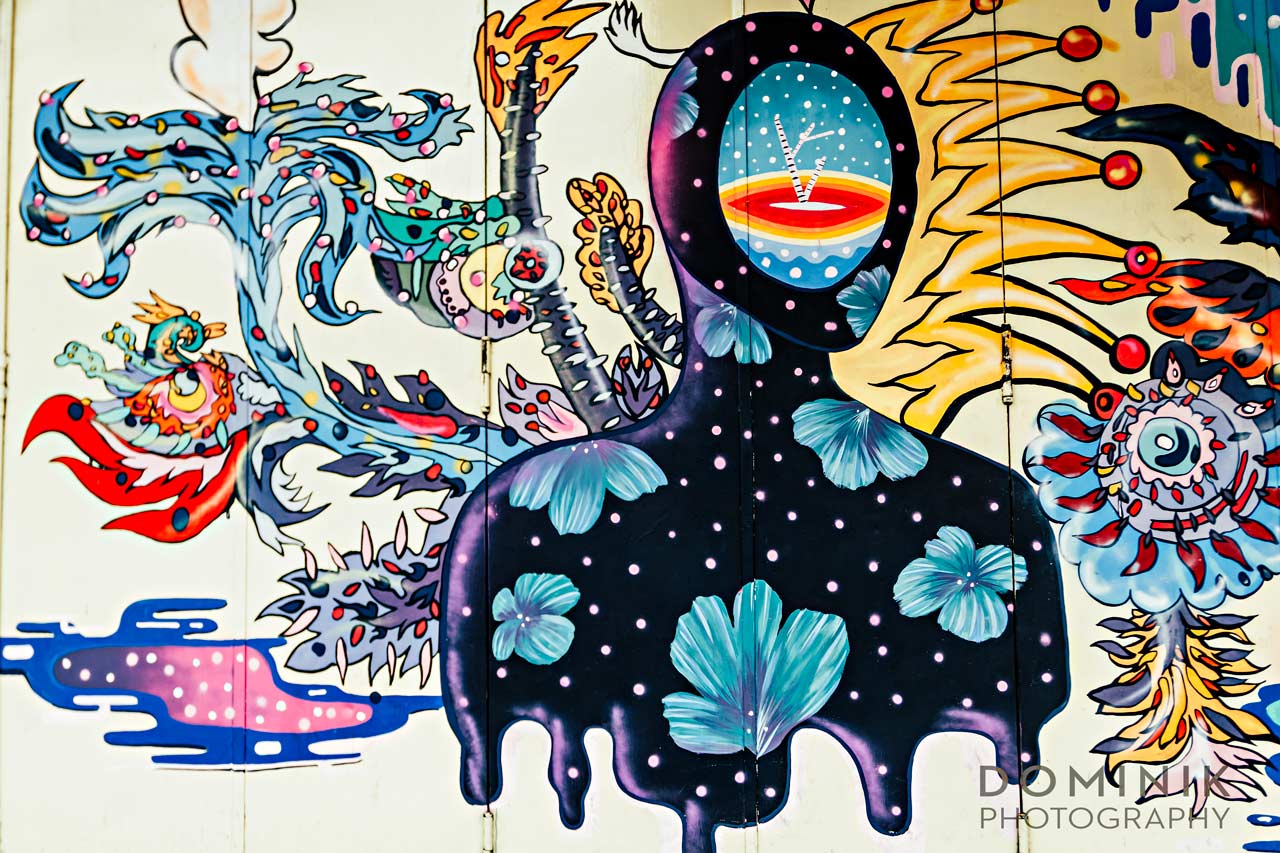 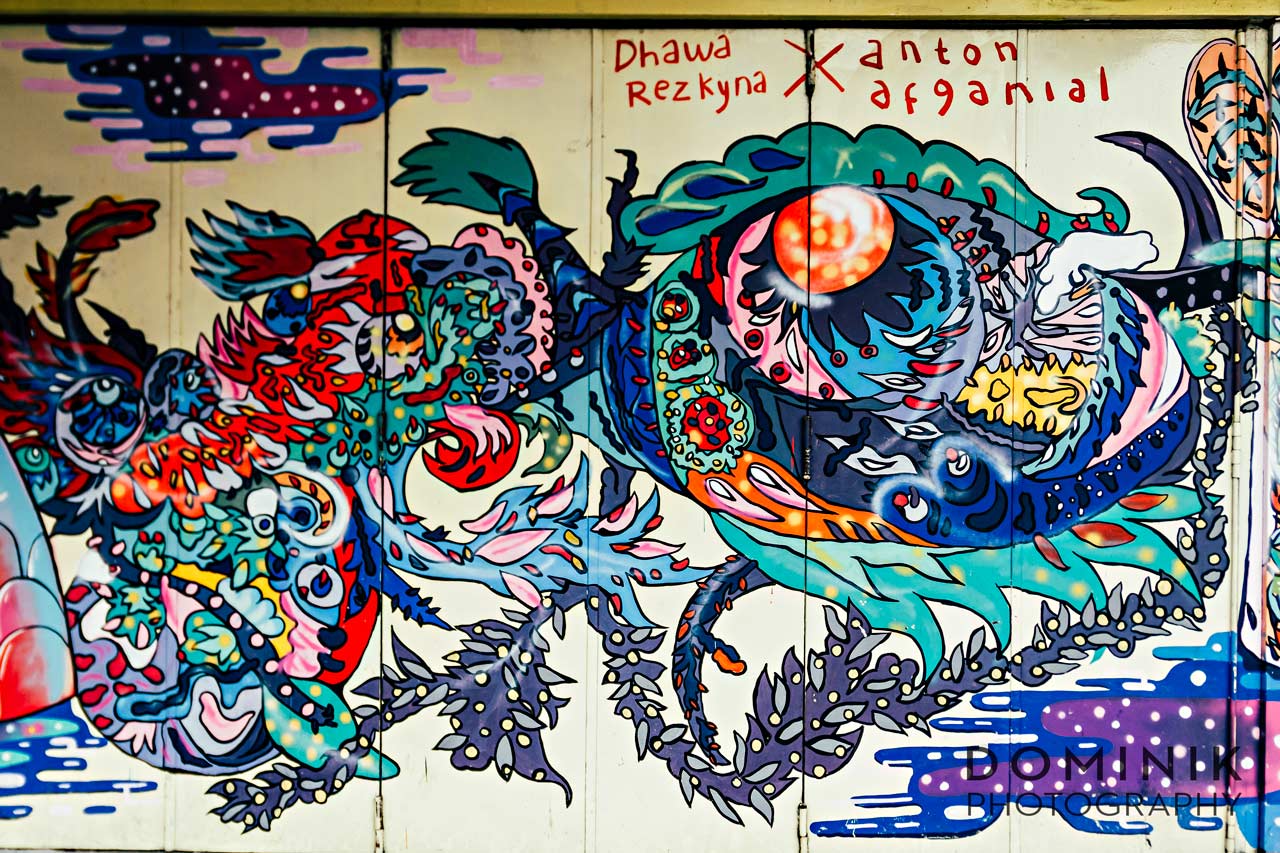 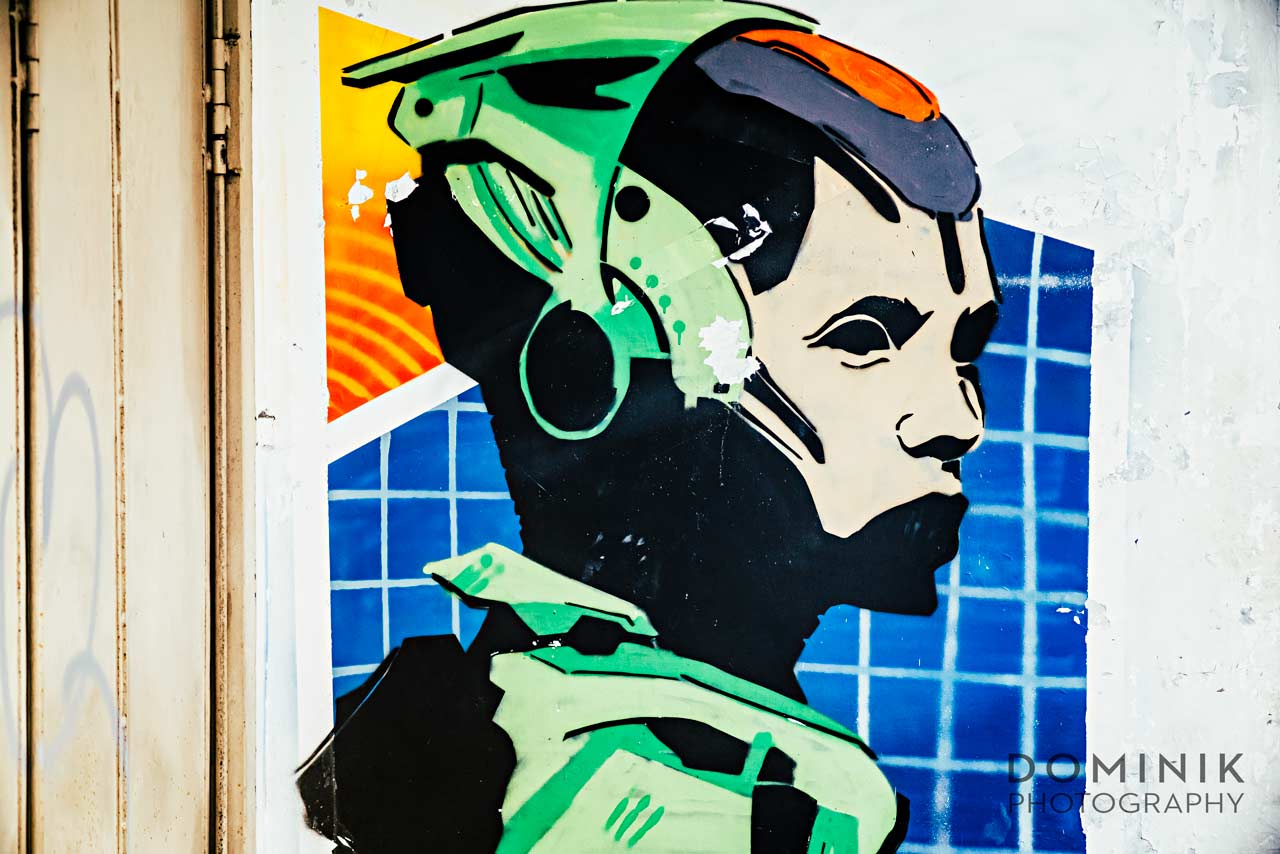 Does all this make Solo Indonesia’s centre of graffiti ?

Unfortunately, my trip to solo was cut short to only five days due to a certain virus…😉

But I will surely return, and maybe I’ll find some more pieces of ‘Street Art’.

If you also like to ‘play’ and experiment with your photographic gear you may want to join the SLOW PHOTOGRAPHY movement – a group of like-minded photographers:

SLOW PHOTOGRAPHYBe a member of the movement

P.S.: My sincere gratitude to my son Jah Dewa who was so kind as to translate this article from its original Indonesian version into English.