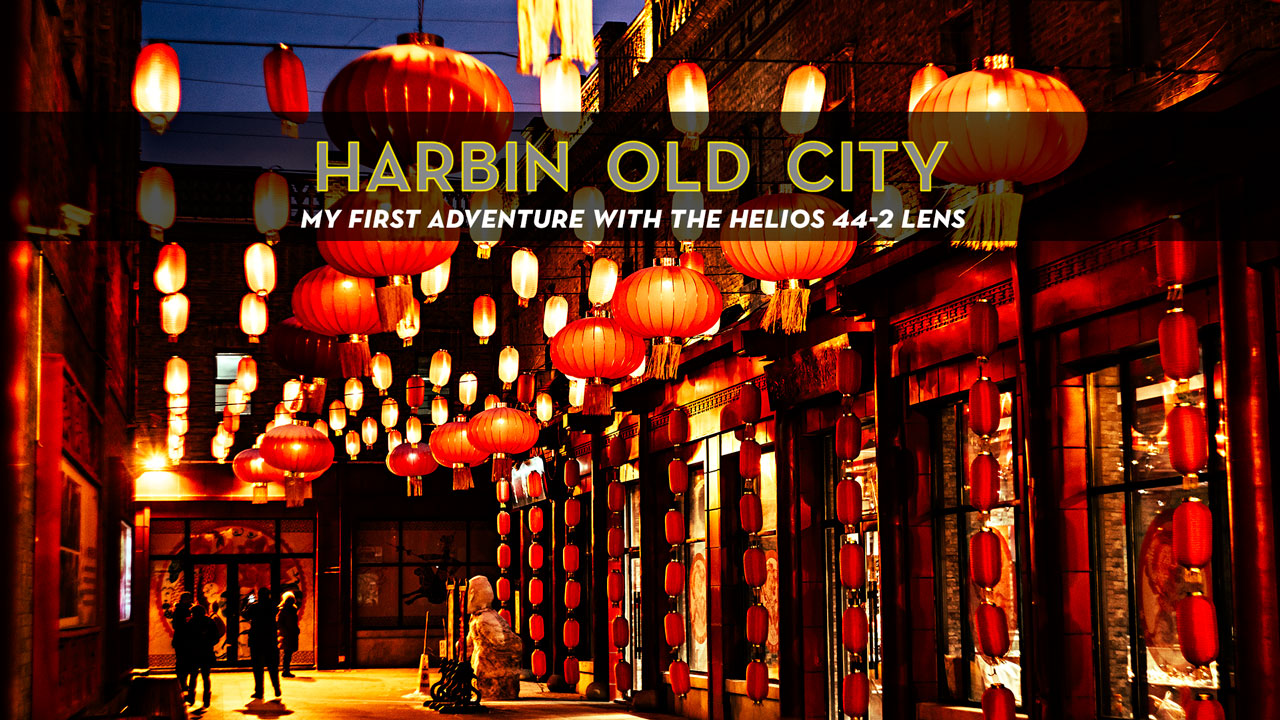 This visit to Harbin coincided with me finally being able to try out my Helios 44-2 lens, which I acquired over 8 months earlier. More about this a bit further down.

I spend over a week in Harbin, together with my daughter and wife. We came to see the magnificent ice snow & festival there. And to chill a bit from the tropical heat of Bali. Temperatures that never rise above minus 15 degrees Celsius (and which can go as low as – 30) are indeed perfect to ‘chill’.

You can see my personal family & holiday pictures from this trip here.

To see the snow and ice festival and to chill a bit 2,3 days would be enough. We, however, decided to stay a week. So, I was looking something else to do while in Harbin. And my good friend and fellow photographer Win, suggested we visit Harbin’s old town.

Sure, why not. And I decided to try out my Russian vintage lens – the Helios 44-2 there.

Let’s see some photographs first (all done with the Helios 44-2): 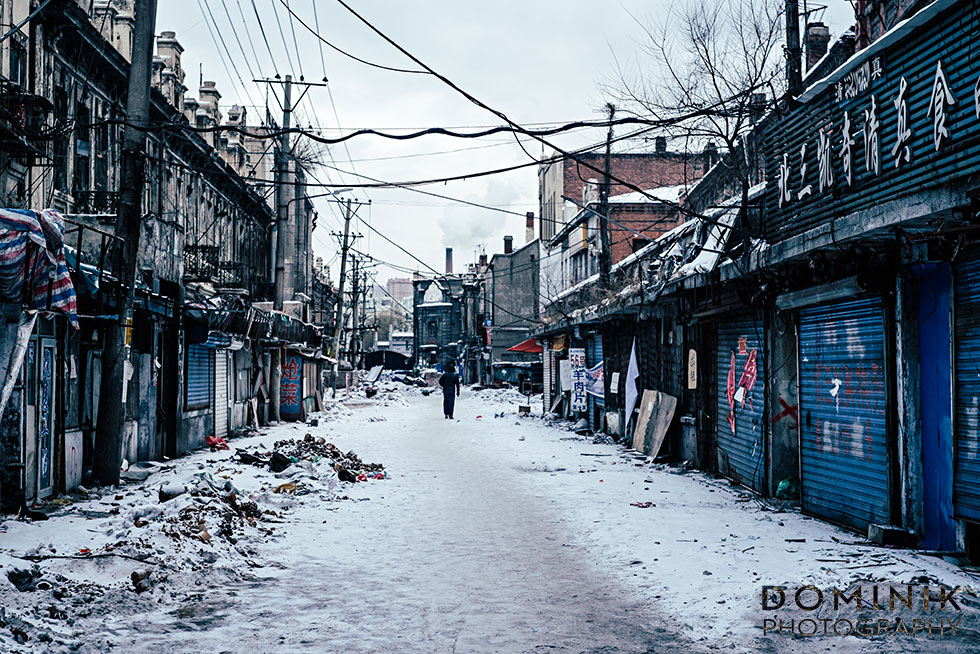 Most of Harbin’s old city has already been abandoned 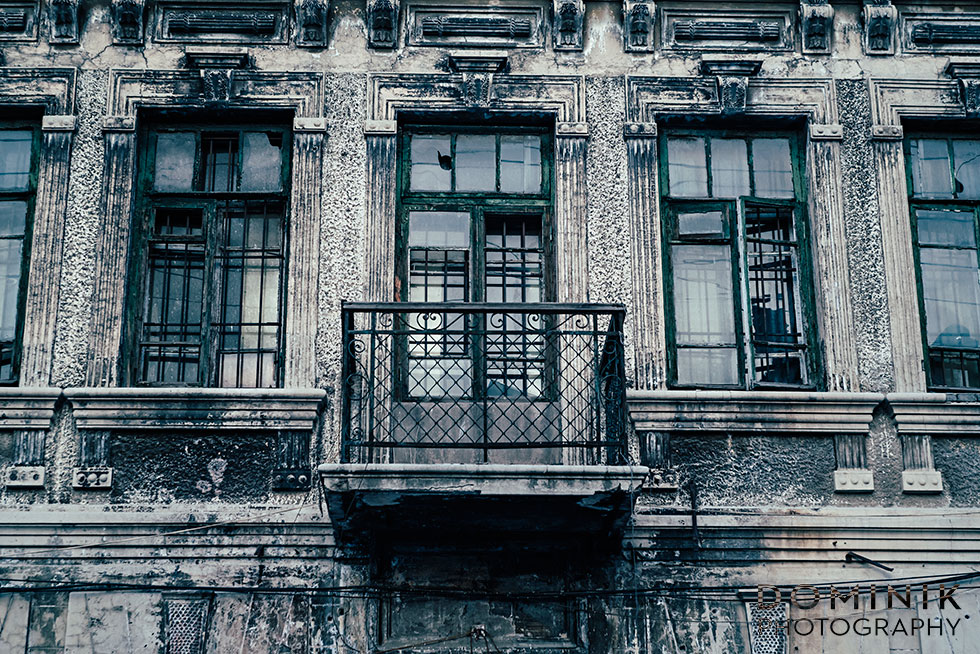 Those houses are left to decay 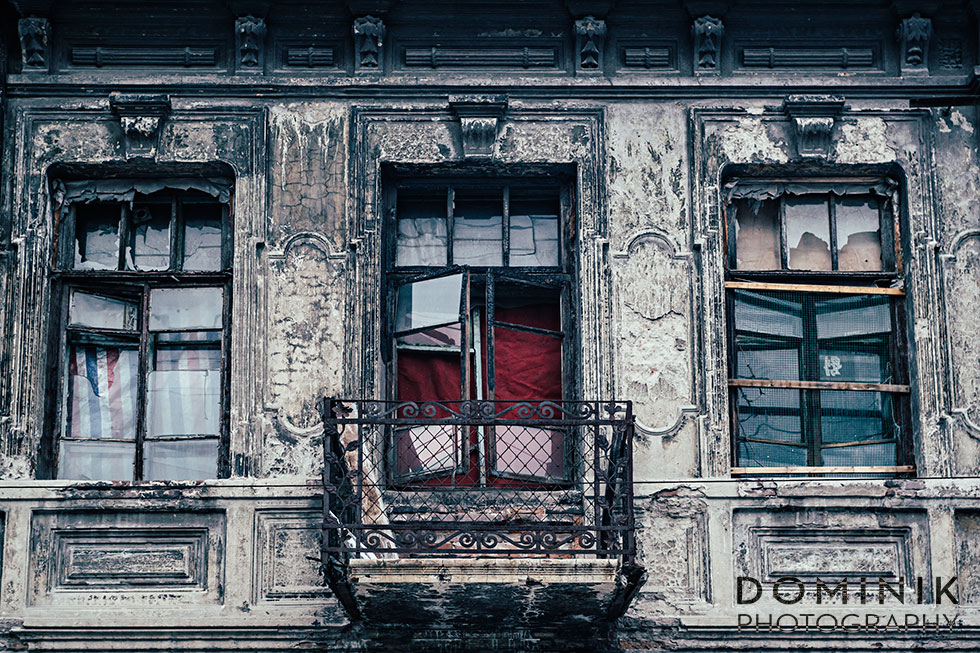 and it is that decay that gives them a certain ‘charm’ 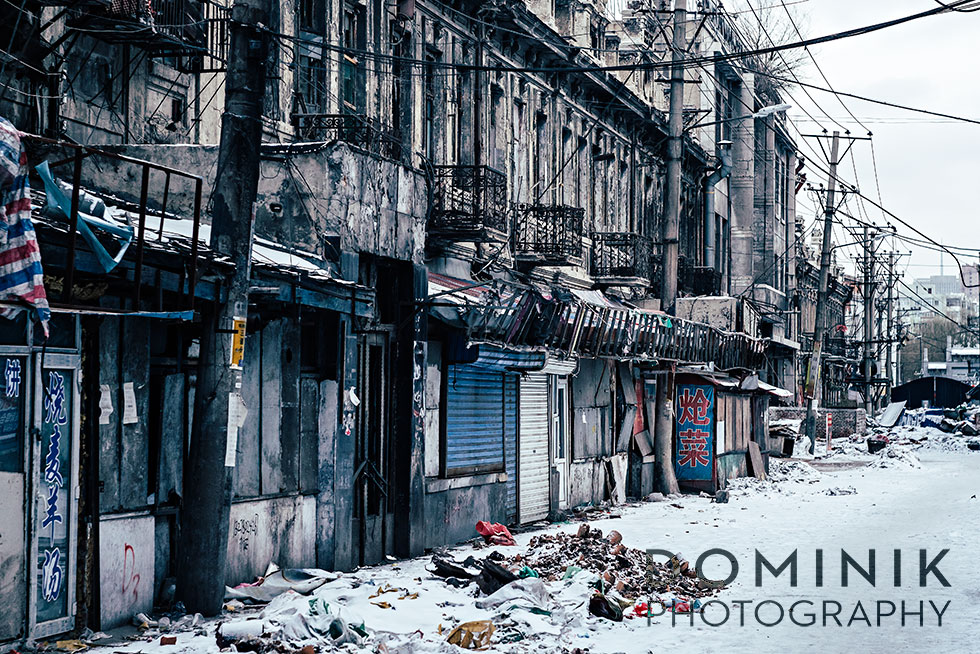 Everything is in disrepair 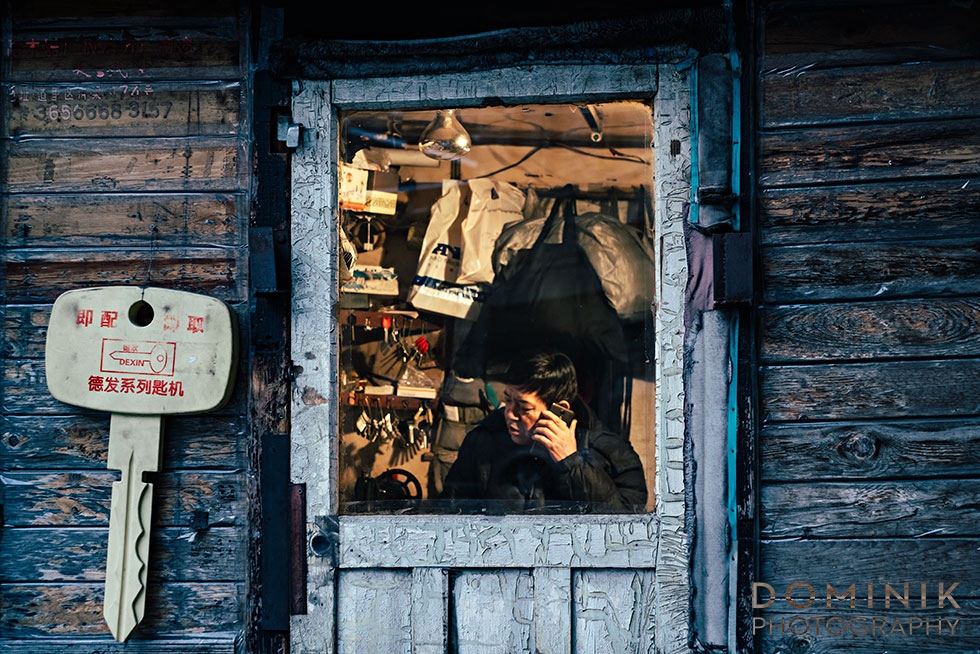 But there are still traces of ‘life’…

The following is more a for-photographers story. If you are not into photography you may want to skip this chapter and move on to a bit background about Harbin’s old city – or simply enjoy the photographs.

My love affair with vintage lenses started when I saw on the 500px website a photo that caught my attention due to its very interesting and captivating bokeh.

(Intended rant: I wanted to show you the photograph on 500px where I saw the Helios 44-2 for the first time. I knew it was a photo I for sure liked on 500px. But those ‘lovely people’ from 500px want to force me to upgrade to a paid account to see photos I liked in the past. Shame on them… It confirms my decision abandon their platform long ago…)

Anyway, after encountering this lovely photo that caught my attention I contacted the photographer and asked her what lens she was using. She replied to me that it was a Helios 44-2 lens.

I was very pleasantly surprised when I learned that this lens can be had for as little as 30 – 35 USD.

Can a 30 USD lens be worth something?

Having worked as a professional photographer in Bali for over 15 years with ‘conventional glass’ that often costs as much as 1000 USD and more I was skeptical what a lens costing ‘peanuts’ could do.

My photographer-brain was conditioned that for ‘good glass’ one has to pay ‘good money’.

But I thought even if it would be complete crap it was worth trying out. And soon after some ‘googling’ I quickly found out that this lens is actually pretty popular and widely available.

And, boy was I in for a surprise regarding the quality of this lens and the pictures it can produce.

Some more photos, if I may: 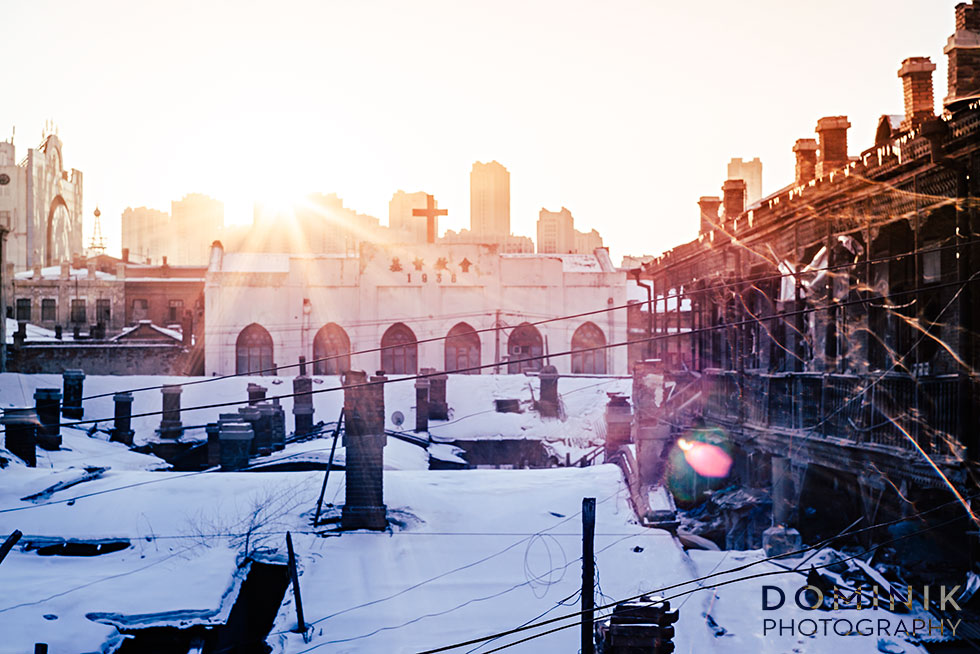 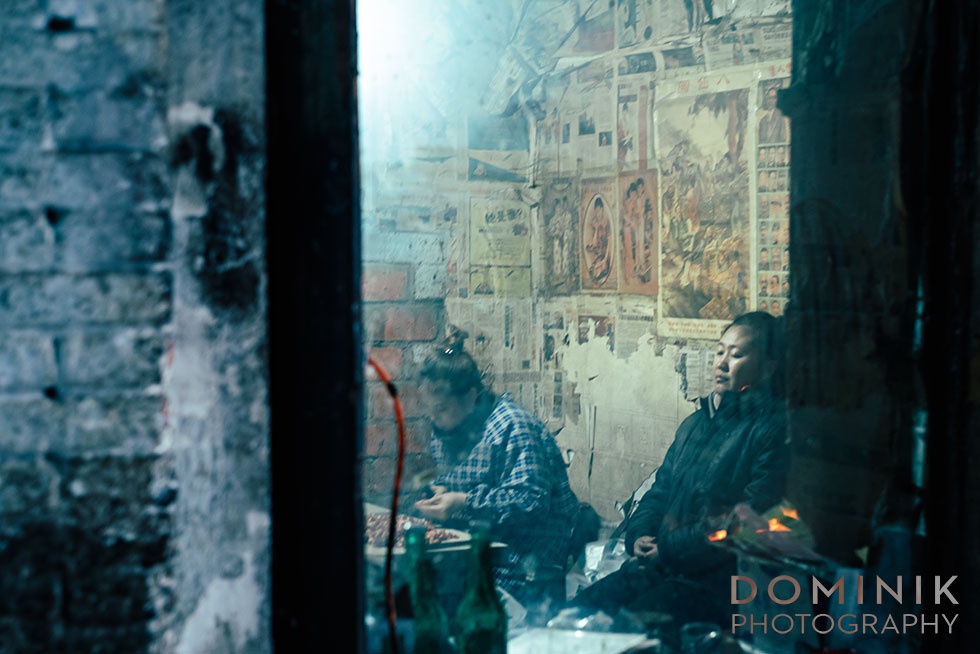 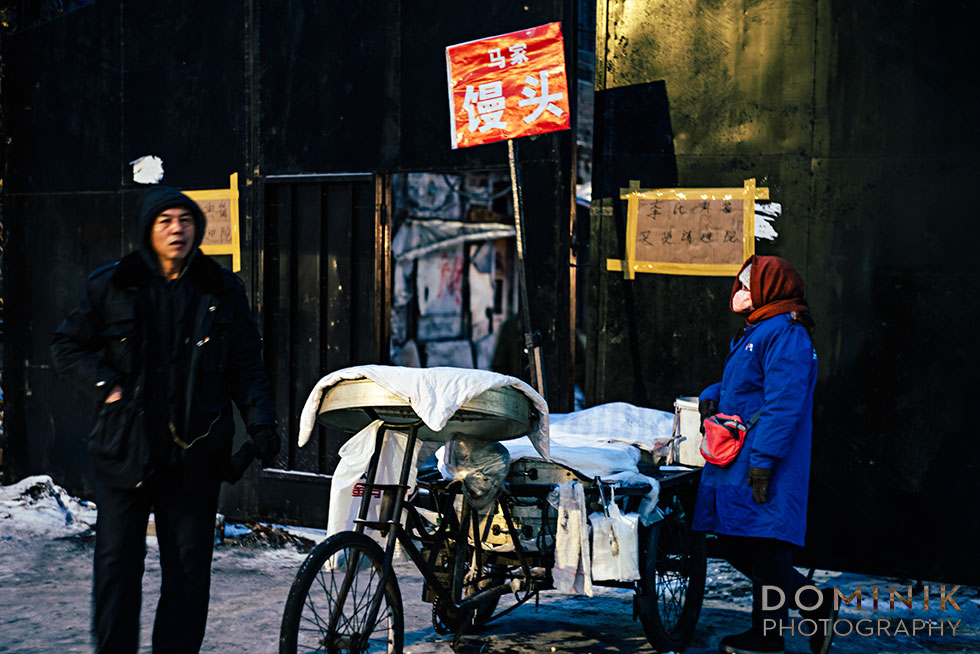 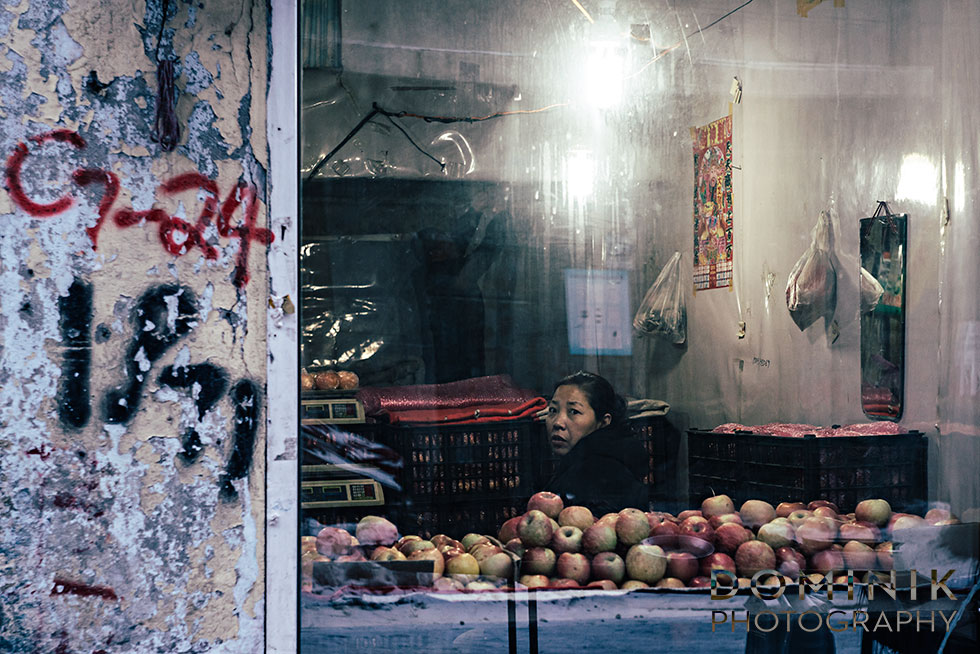 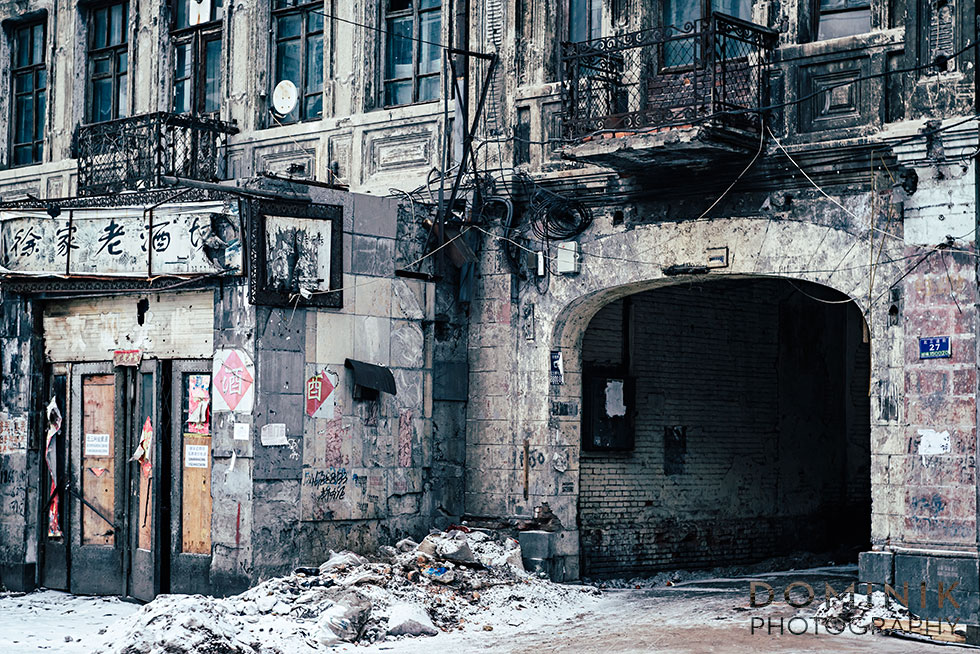 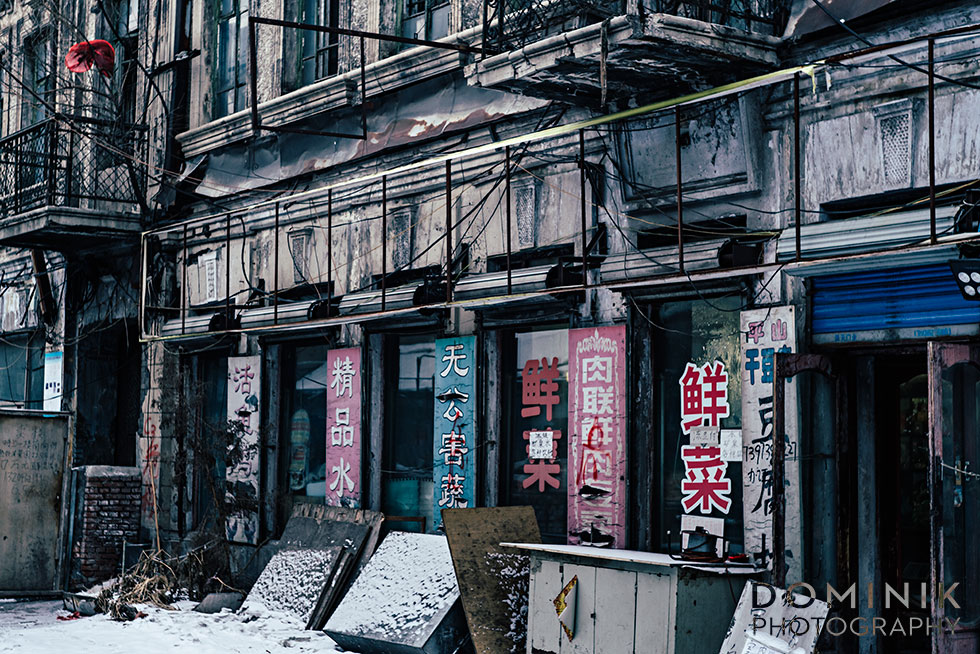 Why did it take 8 long months for me to try out this lens for the first time ?

I found a website of Russian business that only sold Helios 44-2 and I ordered it. First time for me to buy photographic gear from halfway across the world.

A nightmare ensued!! I was prepared to wait a few weeks until the lens from Russia would arrive here in Bali – Indonesia. But weeks turned into months and the lens did not show up. After 4 months or so I contacted the seller and asked for a refund. Without hesitation they refunded me.

Then a few weeks later the lens arrived in Bali. Of course, I sent refunded payment back to the seller. But the nightmare was not to end yet. They messed up my order and put in a wrong adapter. Even though my order was to include a SONY NEX adapter they sent me some other adapter.

I am a persistent person. So did not want to give up yet. I asked the seller to resend me the correct adapter. This time I had it shipped to friends back in Europe, whom I was about to visit. Coz sending the adapter to Bali I feared it could take again months and months. But by sheer coincidence the adapter arrived 2 days after I had left Europe again for Bali.

Was I ever to try out this lens that was meanwhile collecting dust ?

Finally, I ended up with the correct adapter, during this trip to Harbin – China. An M42 to Sony NEX adapter. Those puppies can be had for less than 10 USD and are easily available on ebay and from other sources.

So from the day, I ordered my Helios 44-2 until I could finally put it to use 8-9 months had passed. And it was during a trip to Harbin North-East China when I could for the first time put this lens through the paces. I was VERY PLEASANTLY surprised. 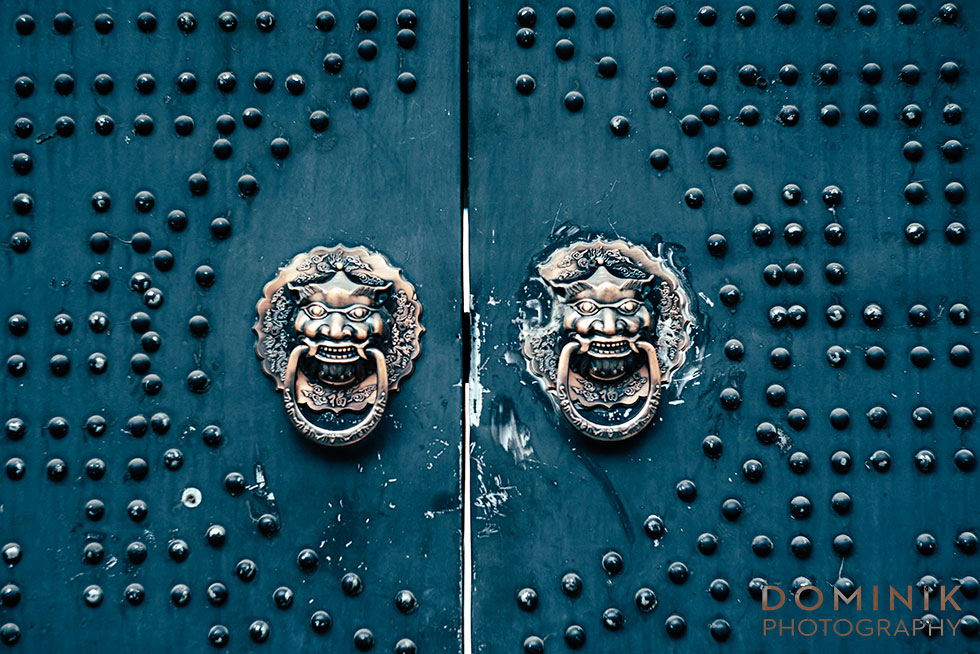 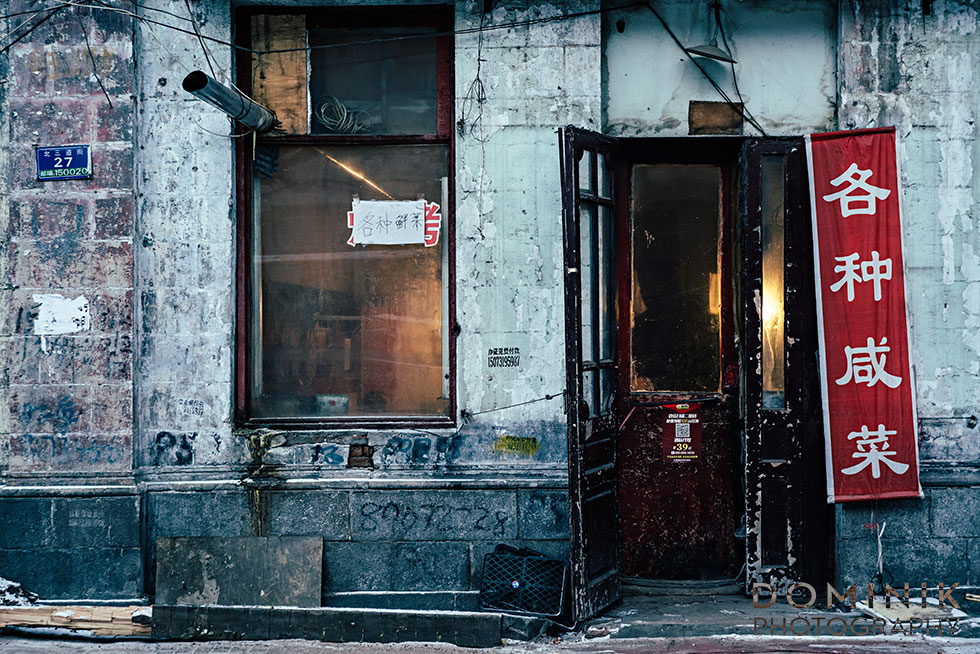 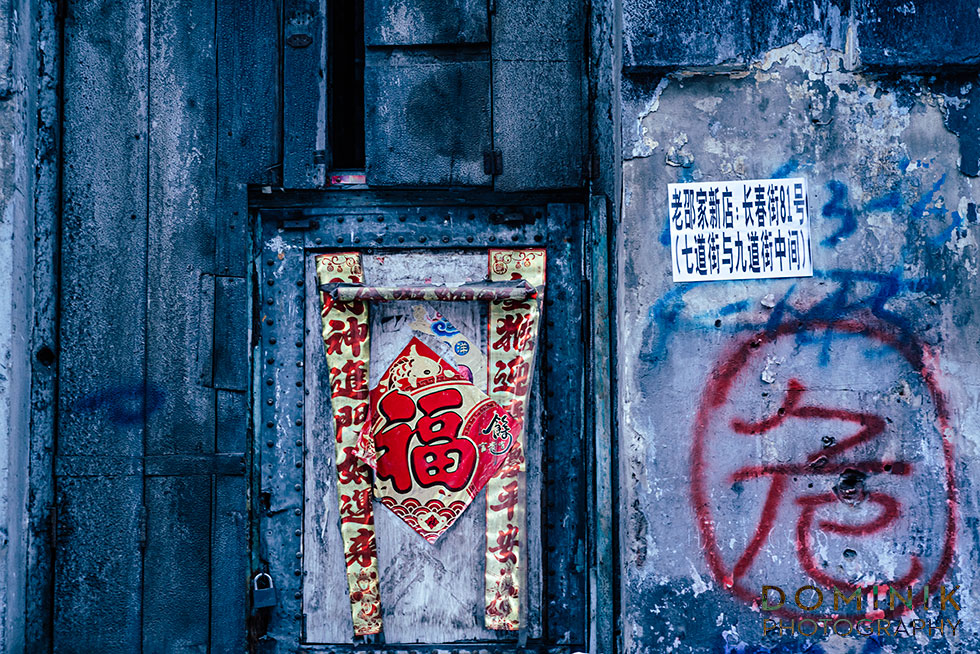 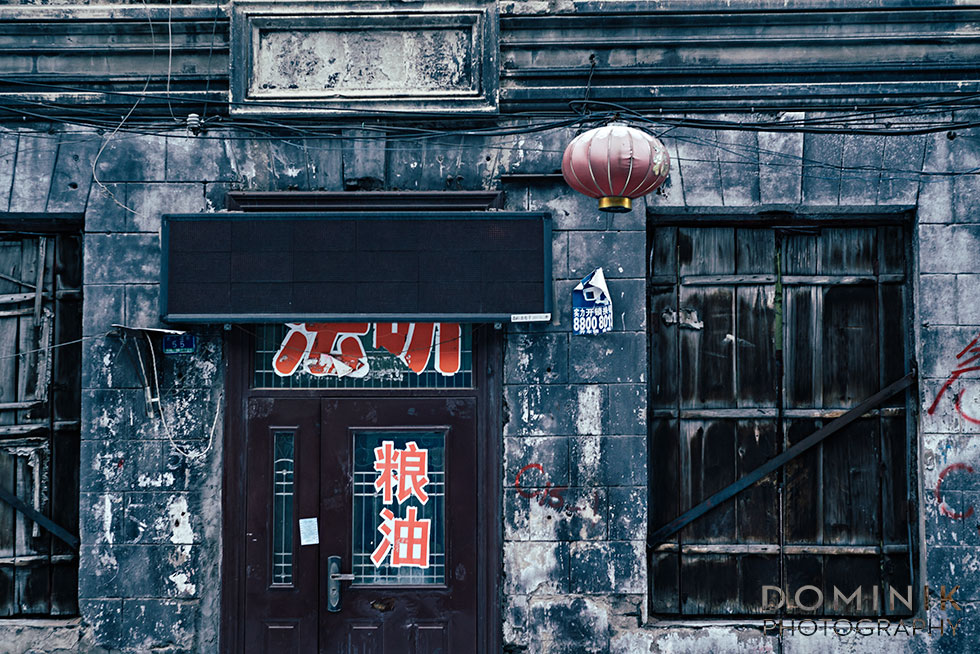 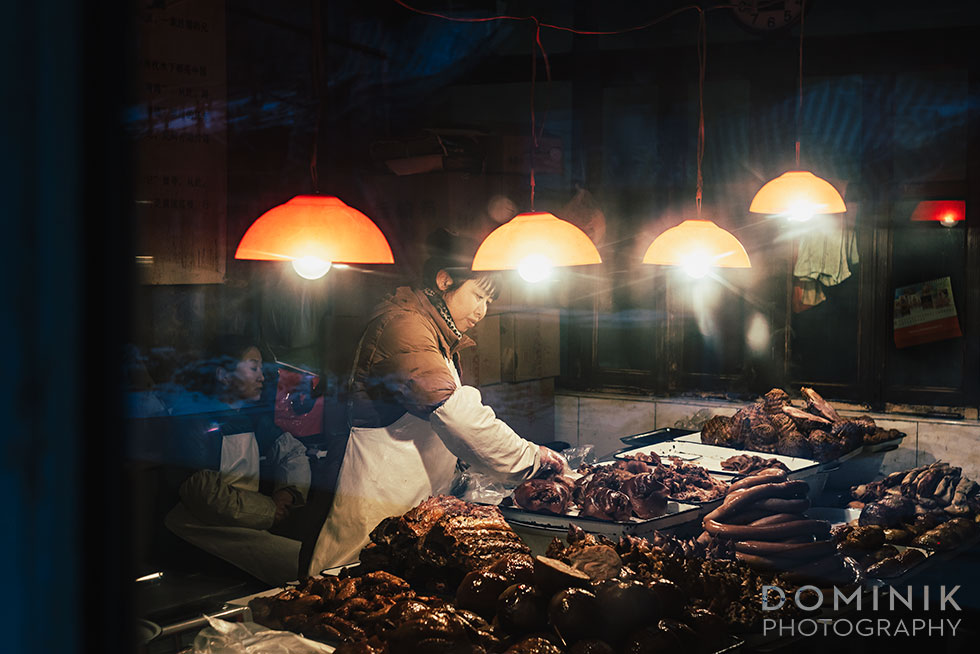 Most folks who buy a Helios 44-2 do this because of the ‘legendary’ bokeh this lens produces. And that was also my impetus at first.

However, I quickly found out that this lens is not just good for odd-looking bokeh. The Helios 44-2 is also a very nice piece of gear, which due to its ultra-small size and light-weight is also a great lens for traveling.

Enough gear talk ! For those who want to see how this lens can become a remarkable super-creative ultra-weird photographic tool please see the following article: (Very) Swirly Bokeh with modified Helios 44-2 lens .

I won’t go deep into describing Harbin. Suffice to say that due to its very northern location and relative proximity to Russia it is not your average Chinese metropolis.

Part of its uniqueness is its old city. Not as old as to qualify as ancient, but interesting nevertheless. It has a very unique architecture strongly influenced by Russian and even Jewish style elements. Most of Harbin’s remaining old city is in a very dilapidated state and falling apart… In fact some parts of it are actually closed off. However, there were still a few residents living there and even some shops and other economic activity.

For me, it was exactly that state of decay that was very appealing. And interesting photograph.

And the good news is that at least parts of Harbin’s old city are being refurbished and re-vitalized and repurposed.

So I leave you with some more photographs of the part that has already been refurbished and repopulated with restaurants, cafes. 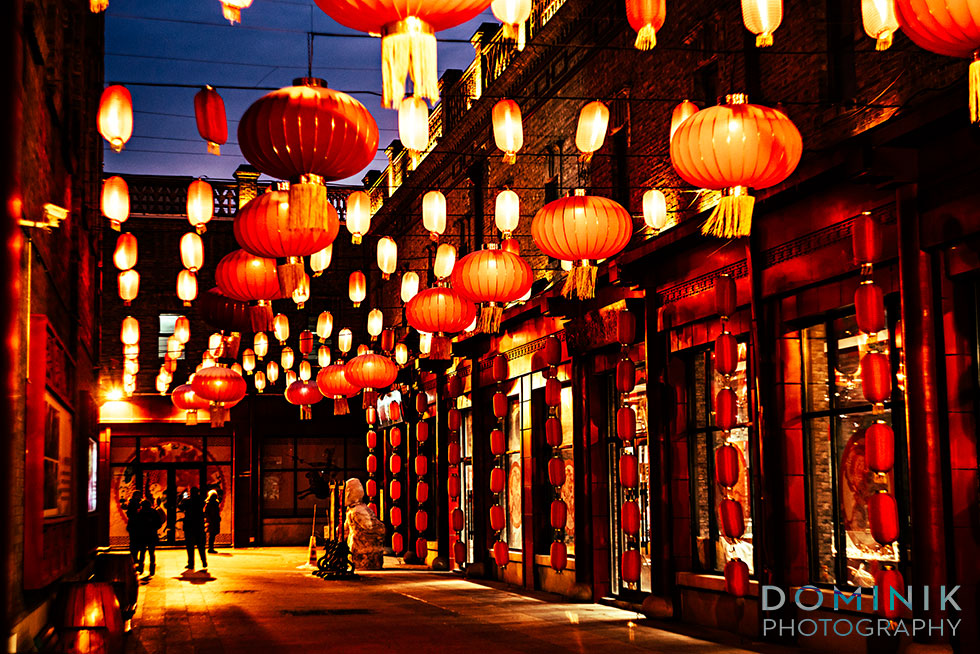 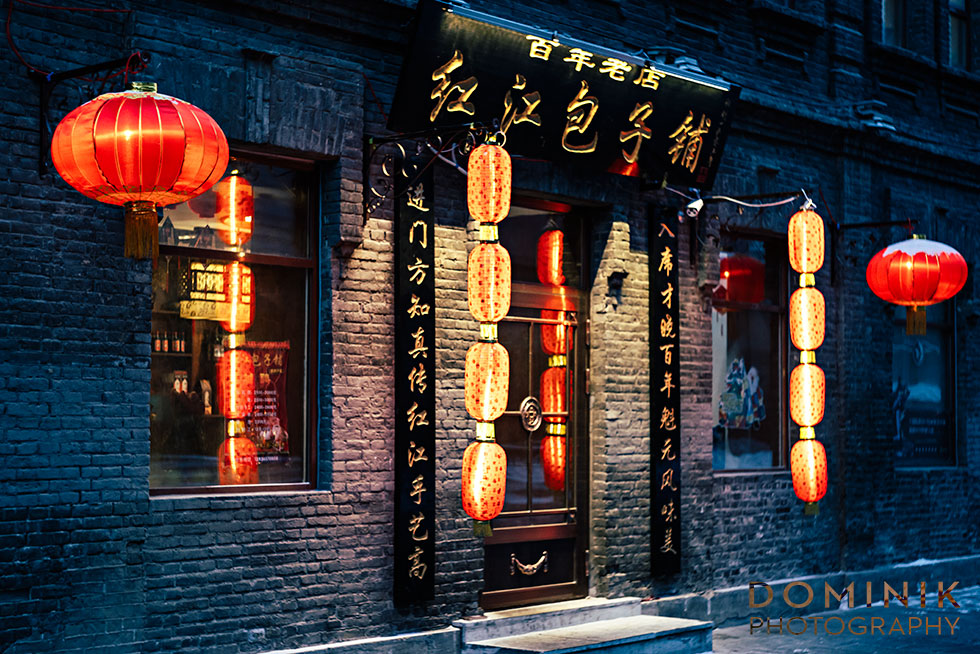 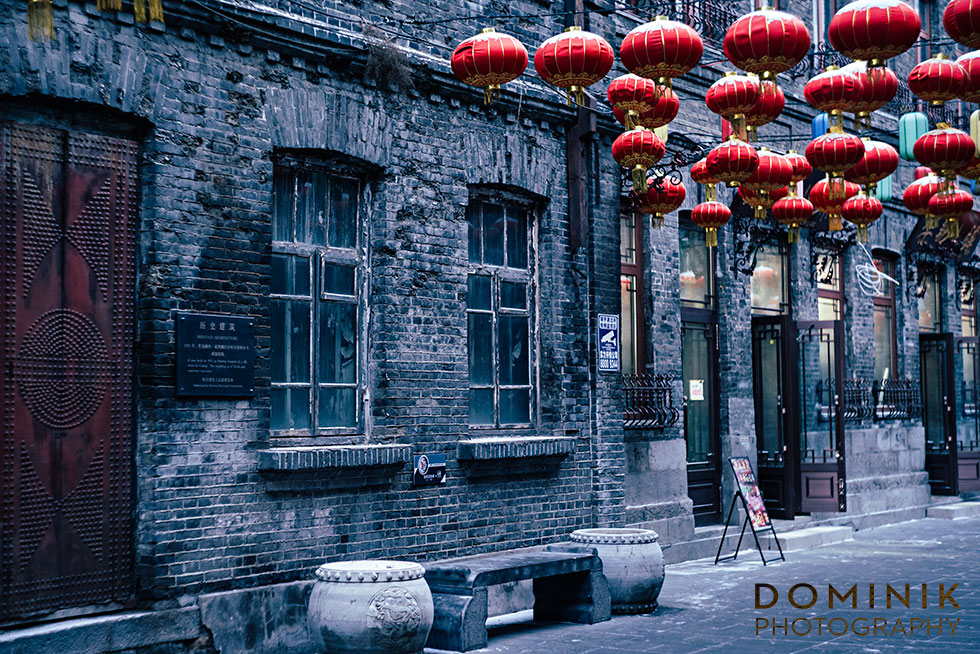 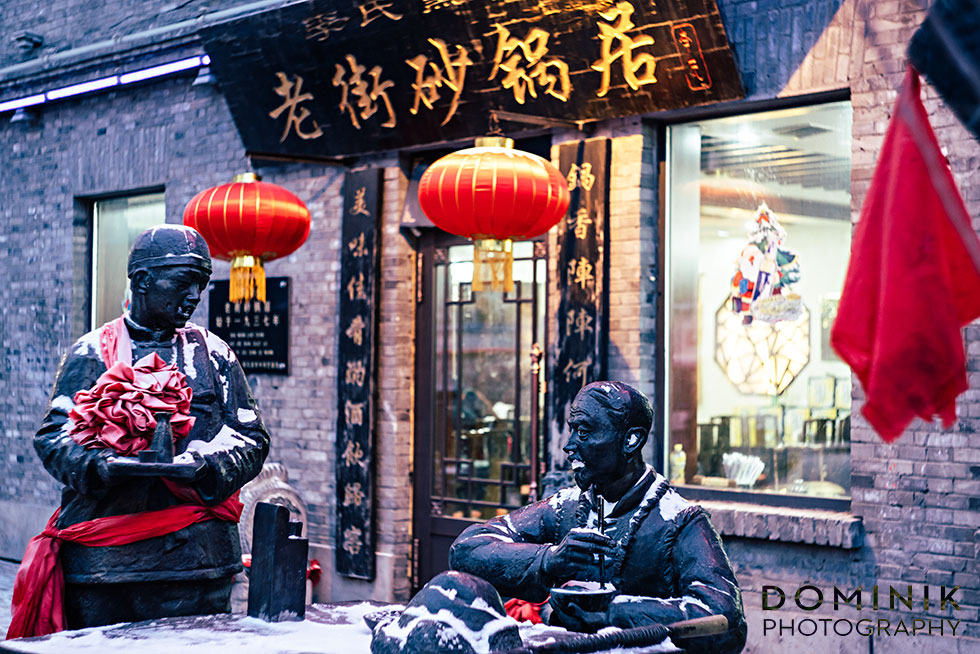 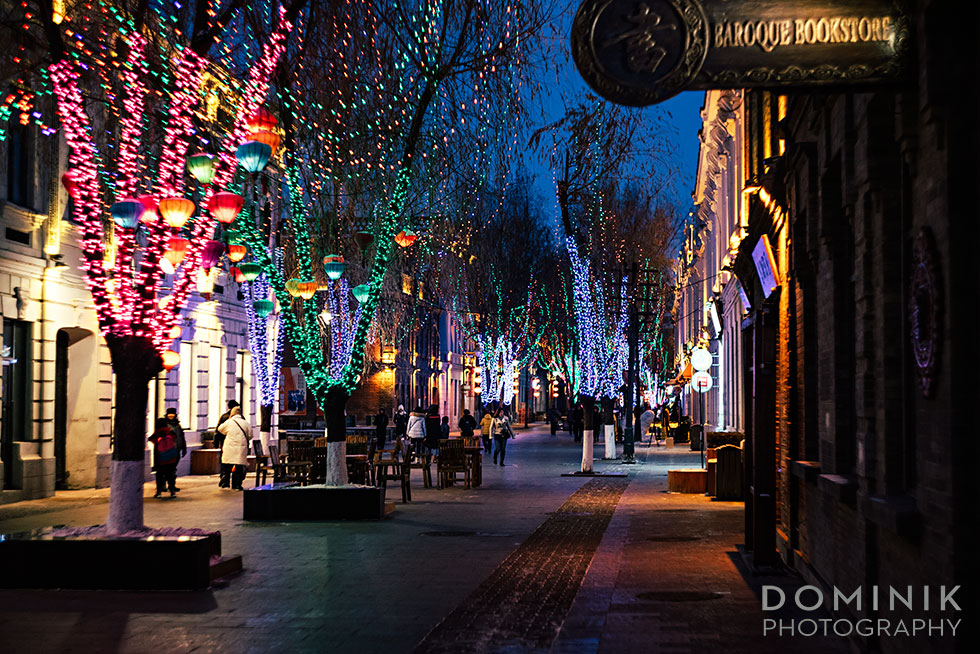 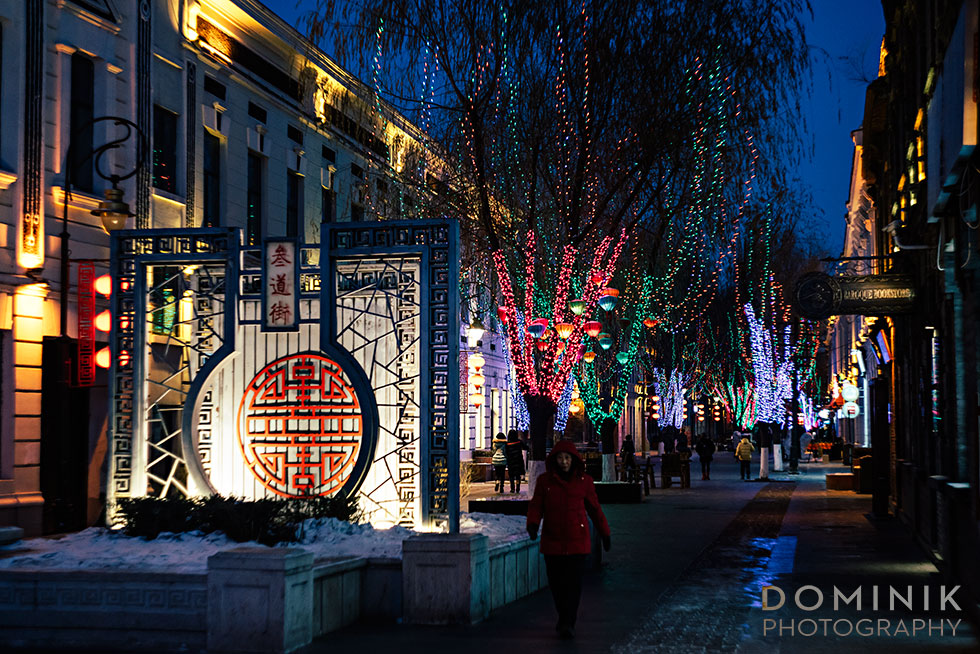 I hope you have enjoyed the pictures from Harbin’s old city. If you want to see more Harbin photos and in particular photos of the legendary snow & ice festival please follow this link.

As always, I would love to hear from you – regardless what you have to say…