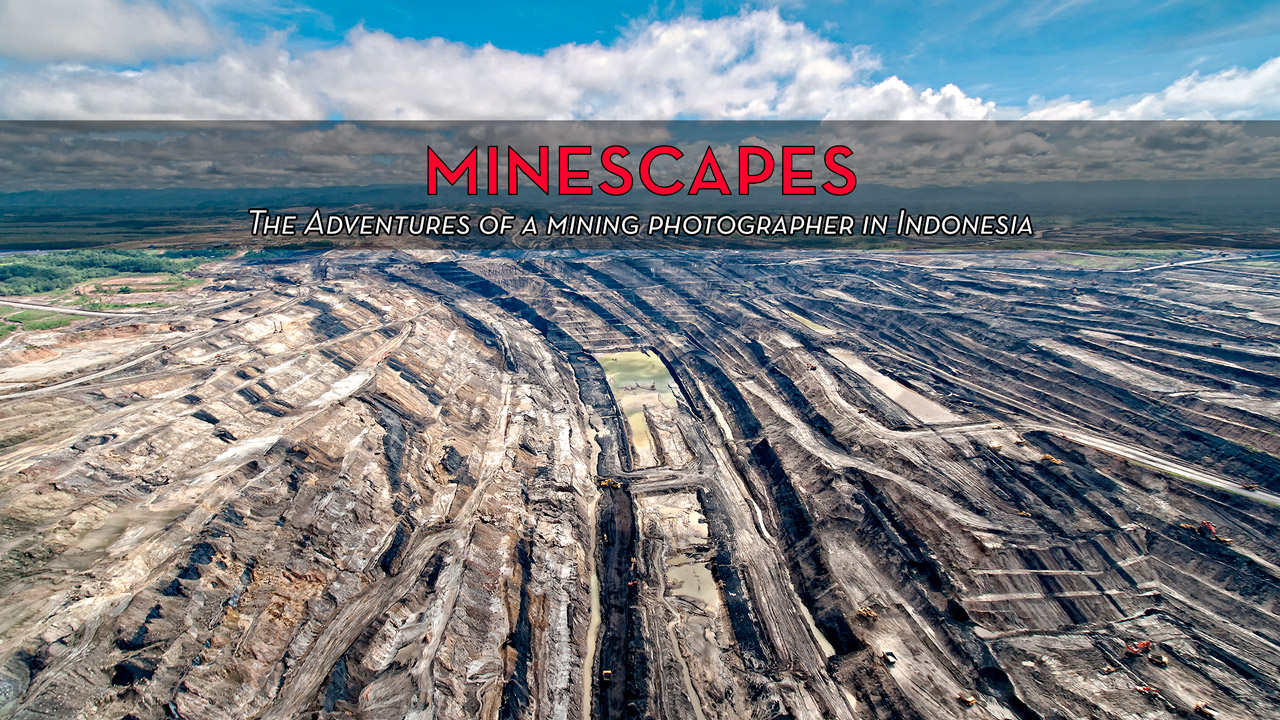 MINESCAPES – The adventures of a Mining photographer in Indonesia

During my career as a professional mining photographer in Indonesia, I was fortunate to have worked on a lot of assignments for the coal industry.

At first sight, this may not be much of a ‘sexy’ domain of photography. But by the time you have finished reading this and seen the pictures, you will most likely change your mind about the ‘sexyness’ of mining photography.

Being a mining photographer in Indonesia has the reward of being able to go to places that are off-limits to most people.
And in the following, I want to share with you some of my adventures that I had the rare privilege to experience.

Let’s see some photographs, shall we: 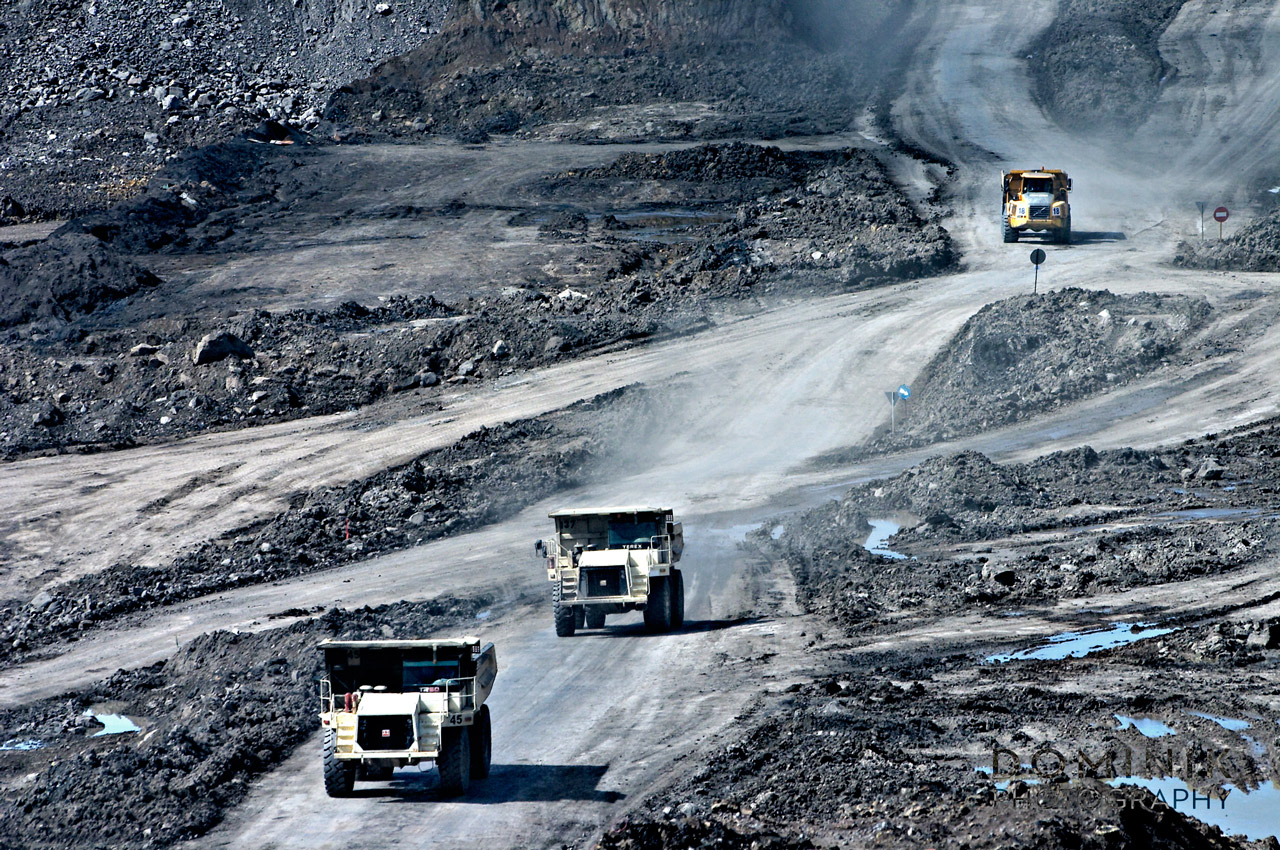 Mining Trucks in Coal Mine in East Kalimantan 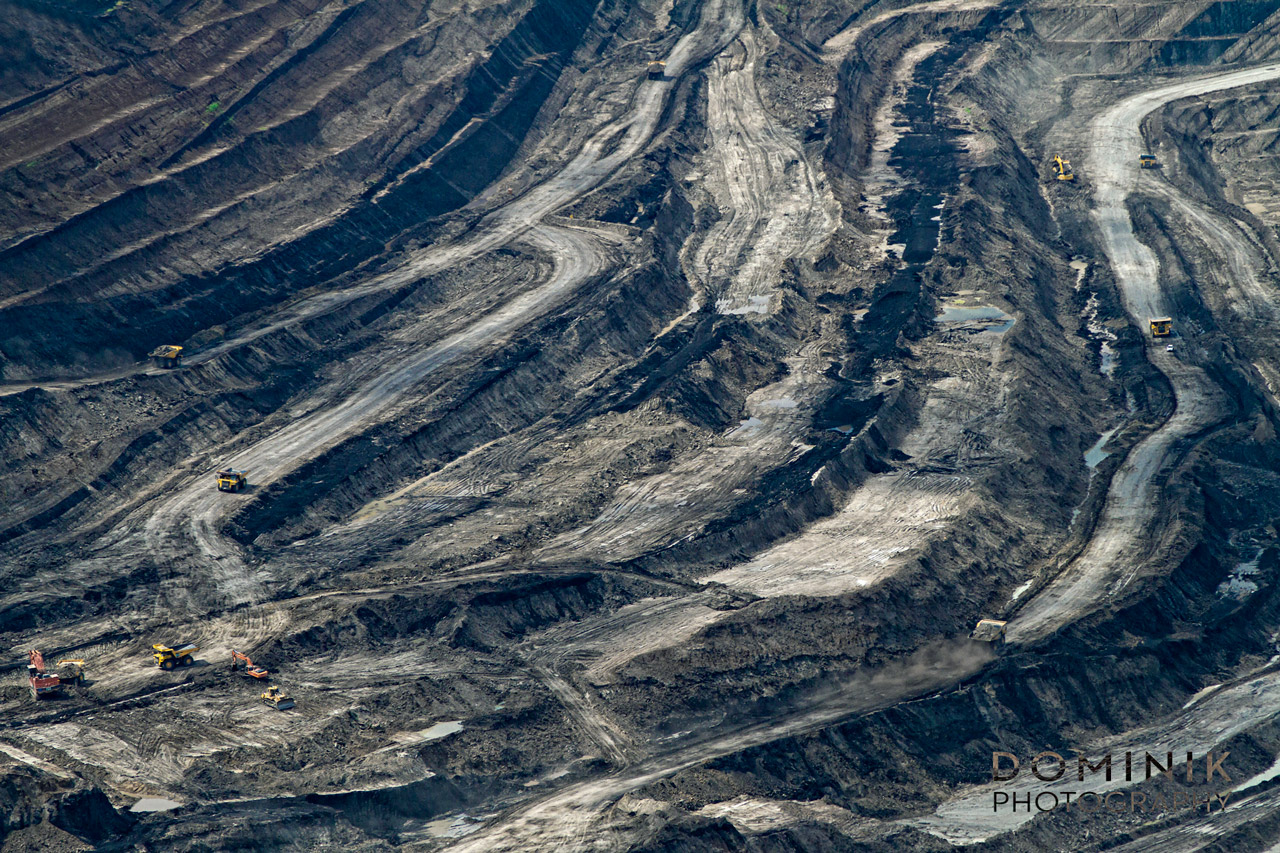 South Kalimantan coal mine from above 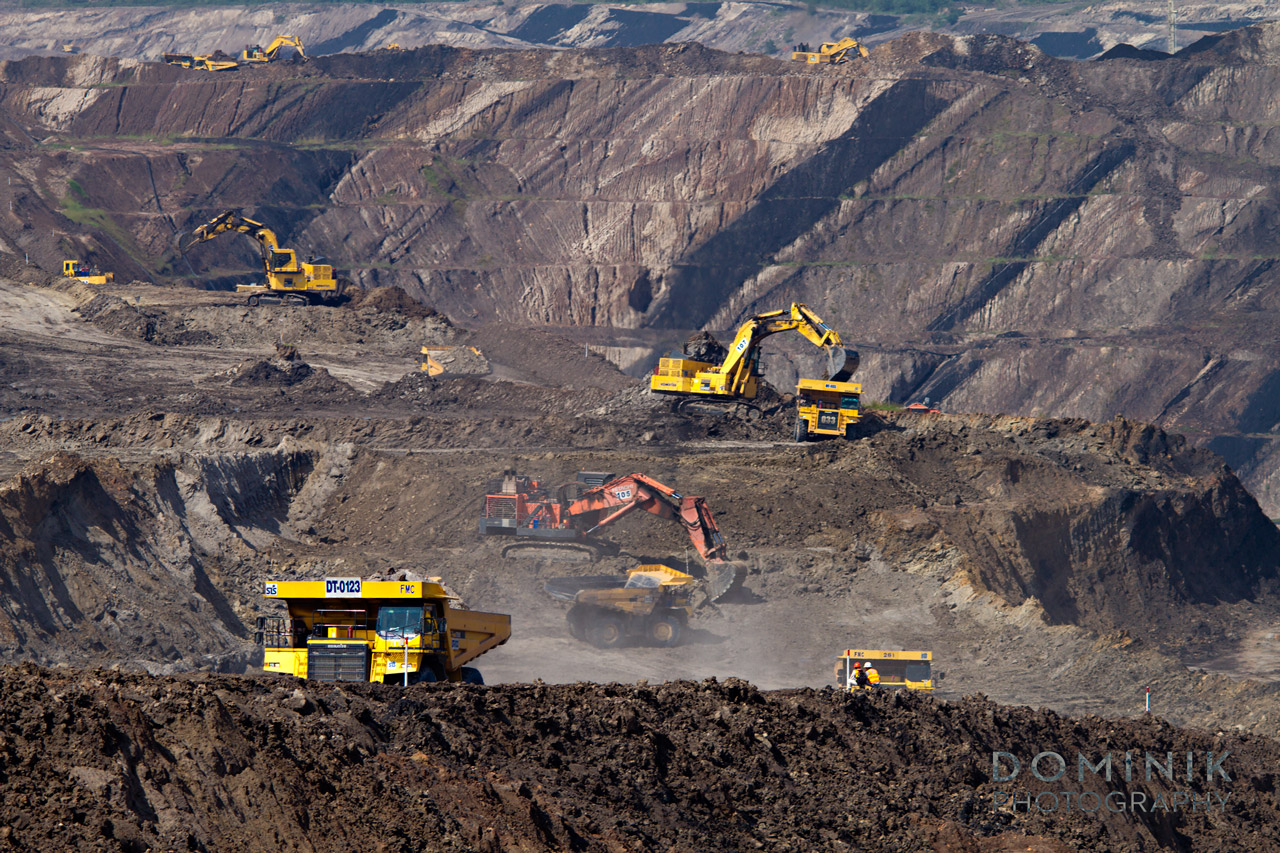 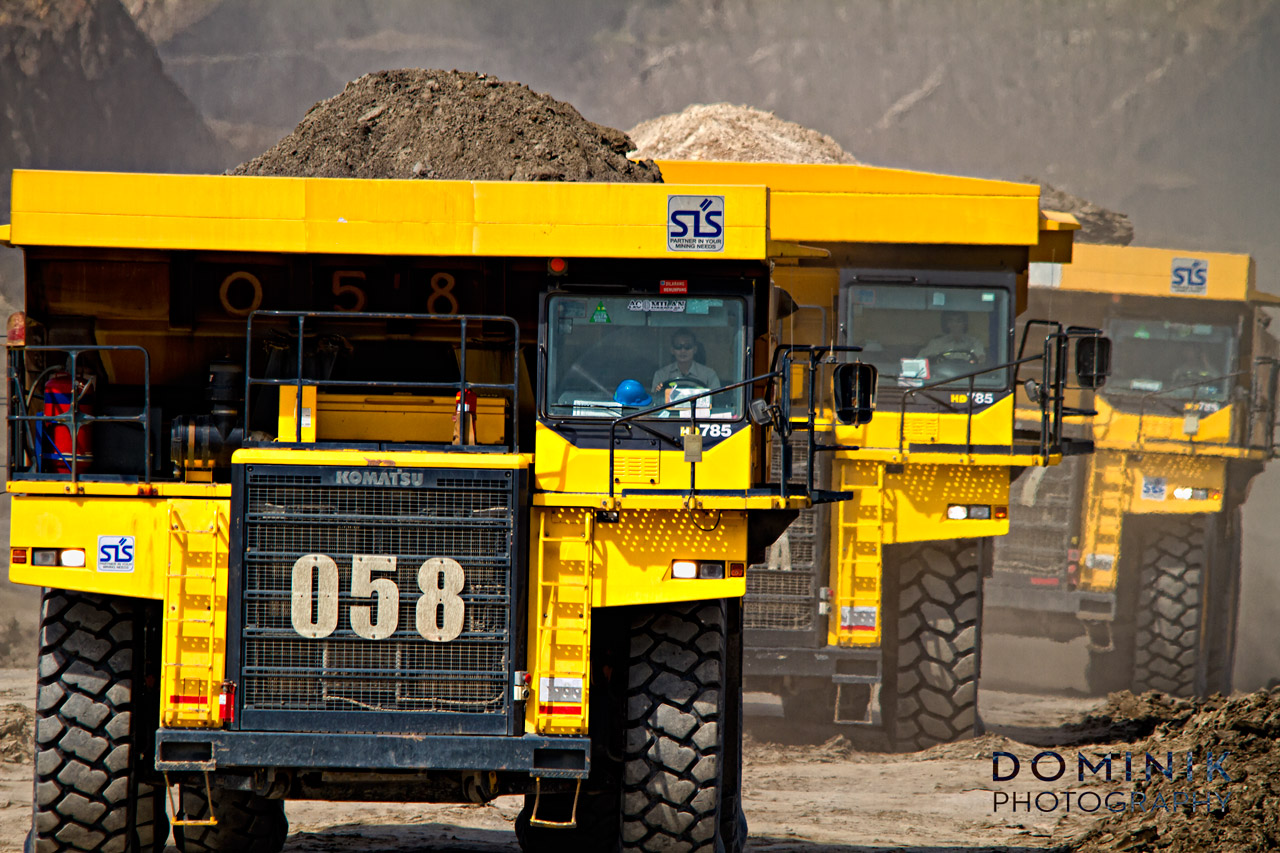 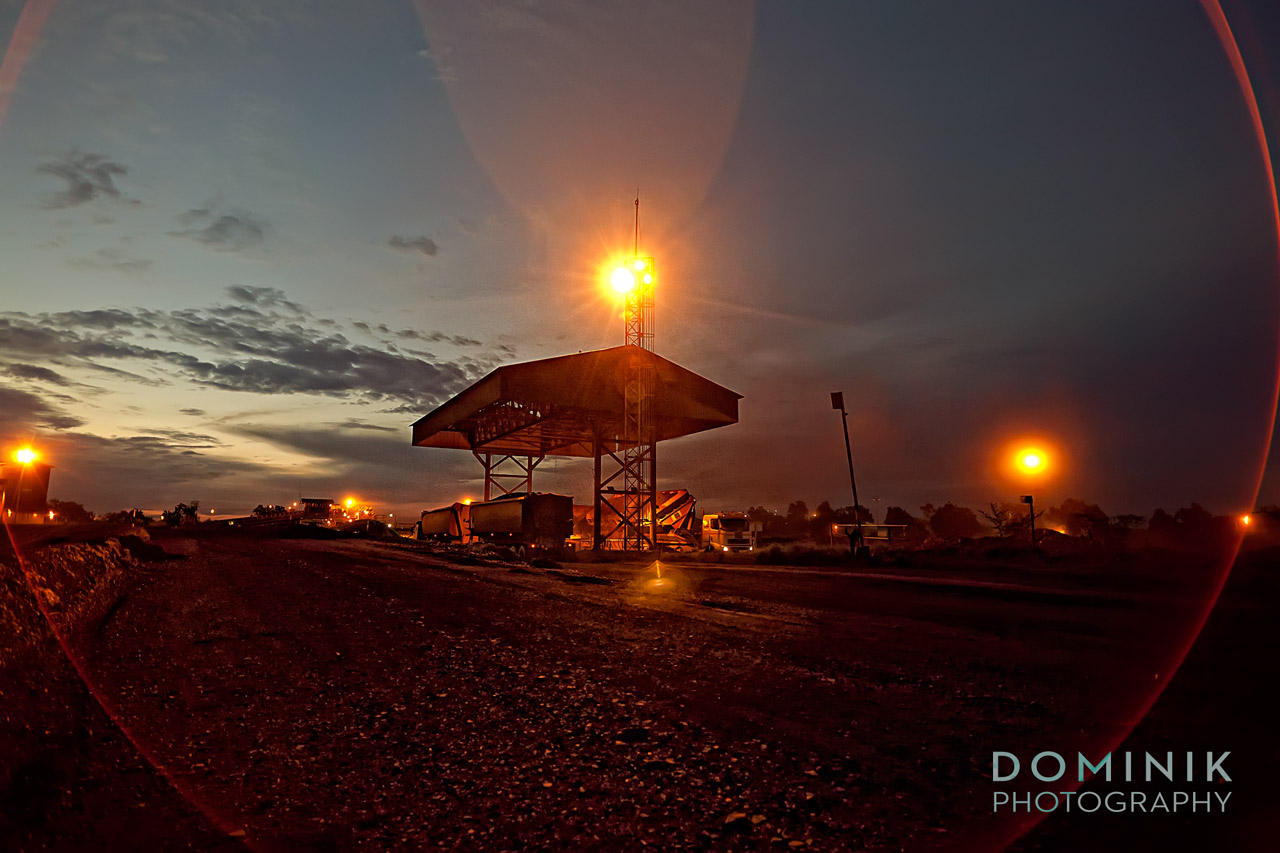 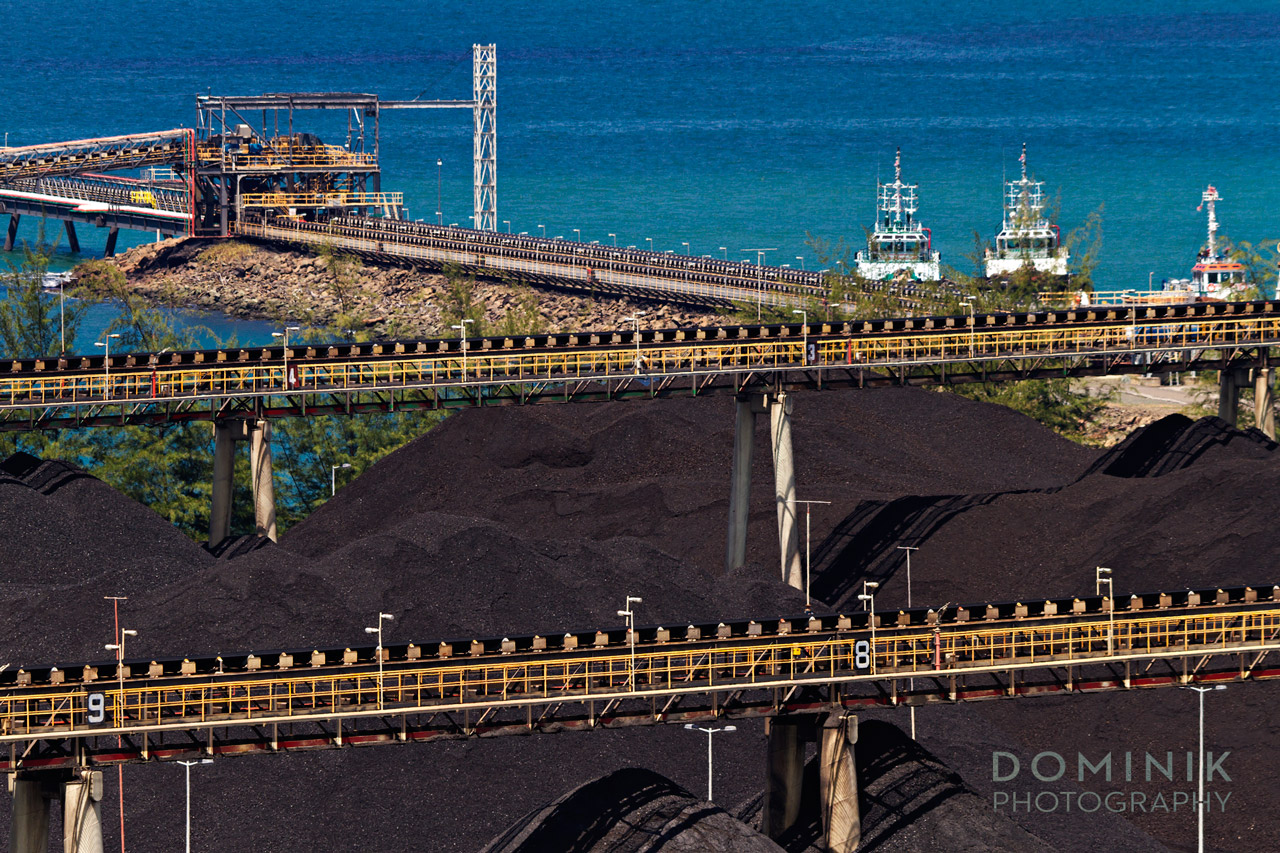 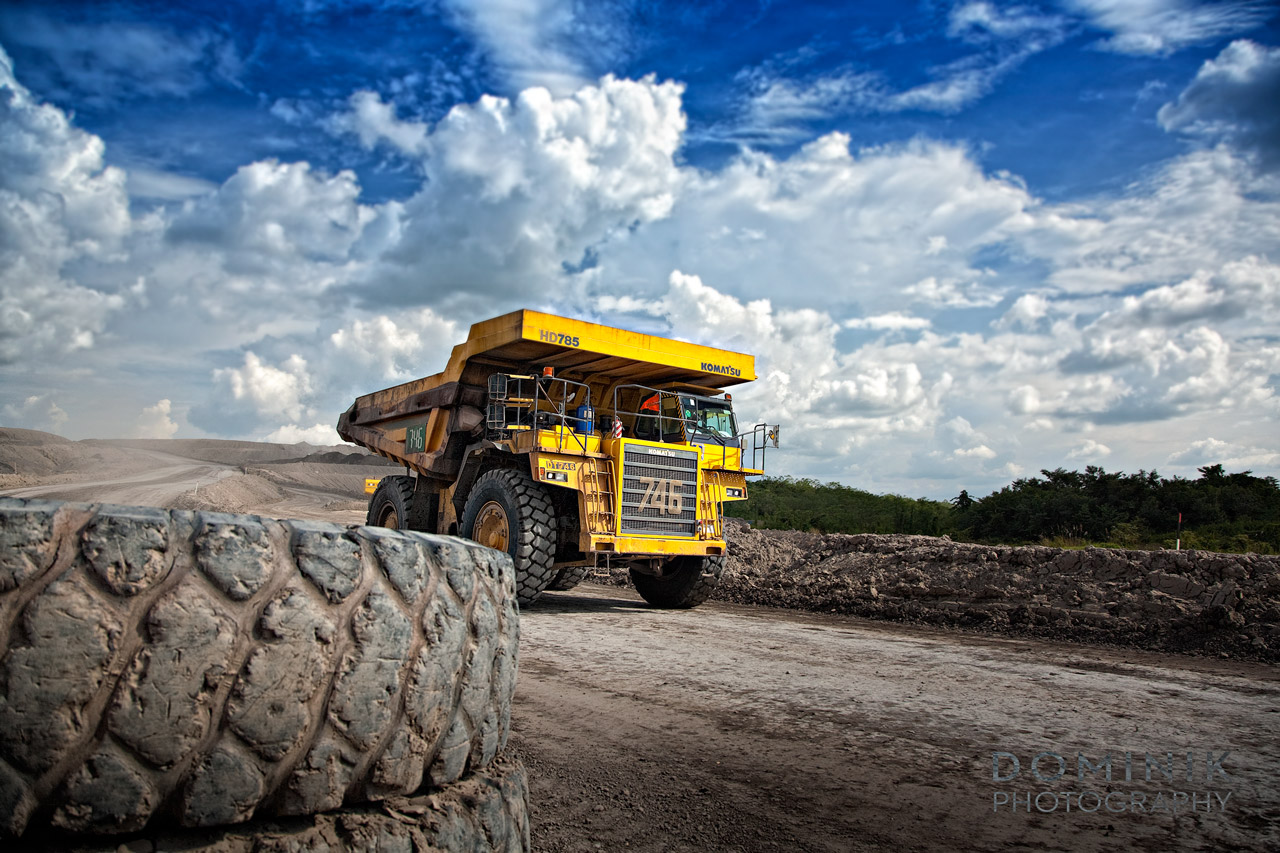 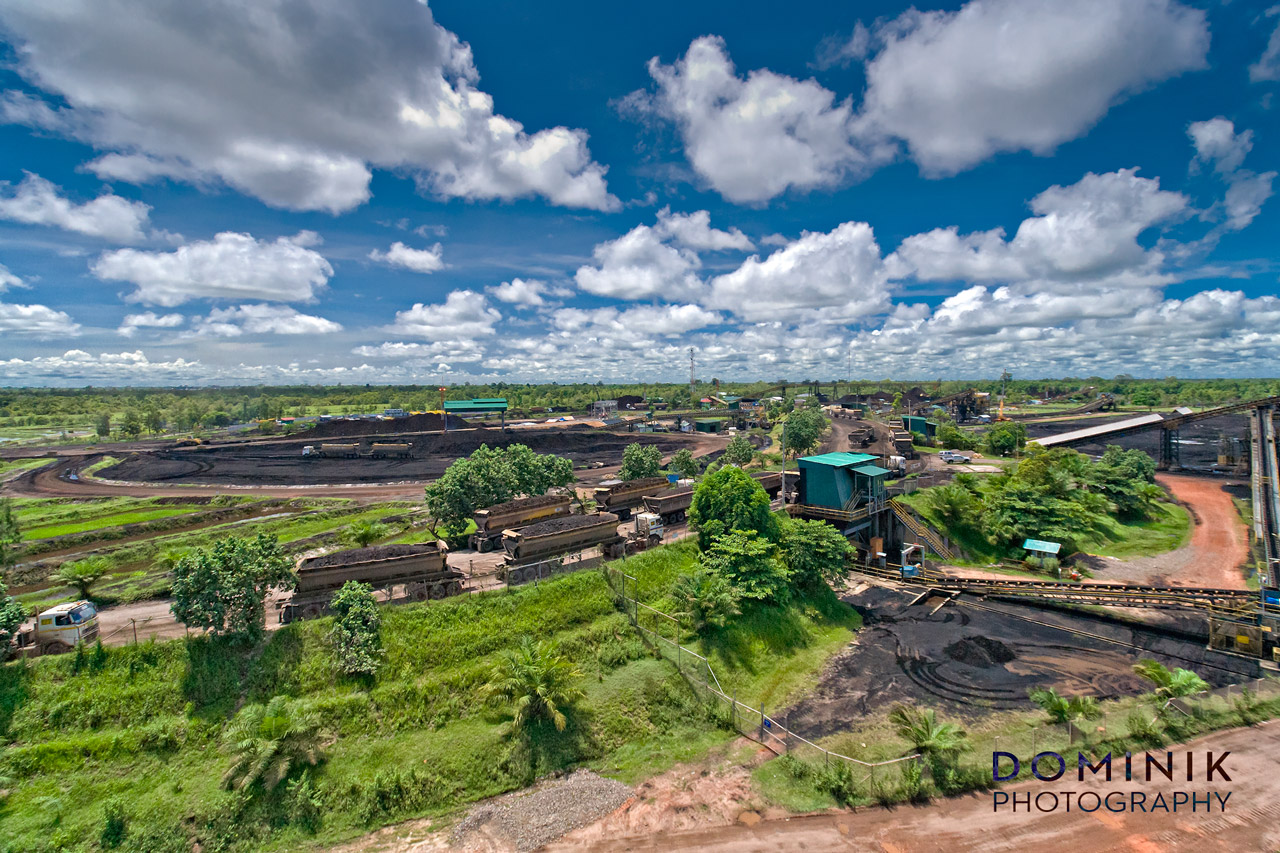 Some of the largest open pit mines in the world

What is special about photographing Indonesia’s coal mines is that they are all open-pit mines. Open-pit means that the mining takes places at the surface and not underground.

And this creates some impressive ‘minescapes’ = mine & landscape.

Those coal mines in Indonesia are large indeed. In fact, the mines I photographed are among the top-10 world’s largest open-pit coal mines.

Very impressive structures I have to tell you.

One mine, at which I did most of my assignments was over 20 km in length and several hundred meters in depth.

Looking at the photographs may give you some perspective. Can you spot the trucks in the ‘eagle perspective’ photos? They appear pretty small, don’t they ?

In reality, those trucks are very large. actually The diameter of one wheel, for instance, is more than twice the height of a person. And a tire for such a wheel can cost as much an average sedan can. That is one tire only.

But I am digressing. 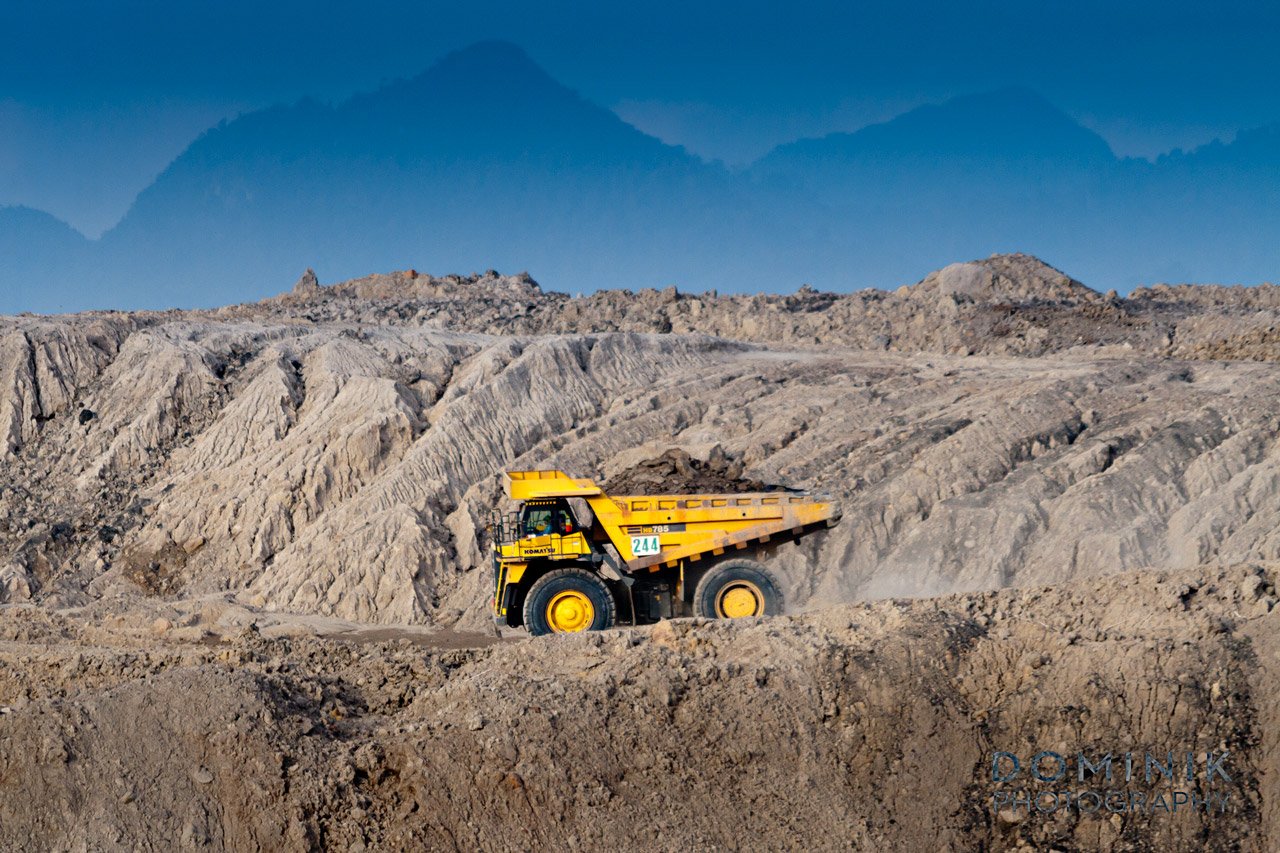 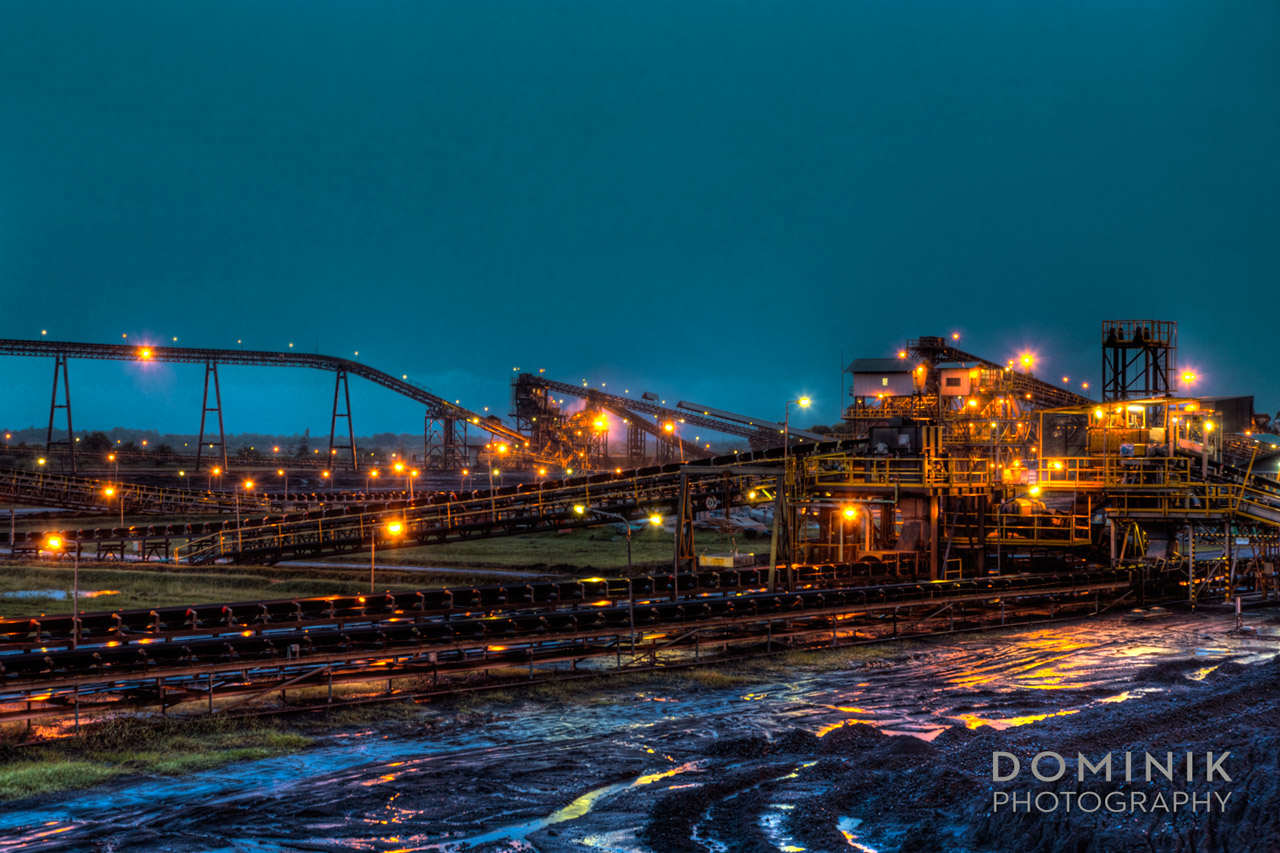 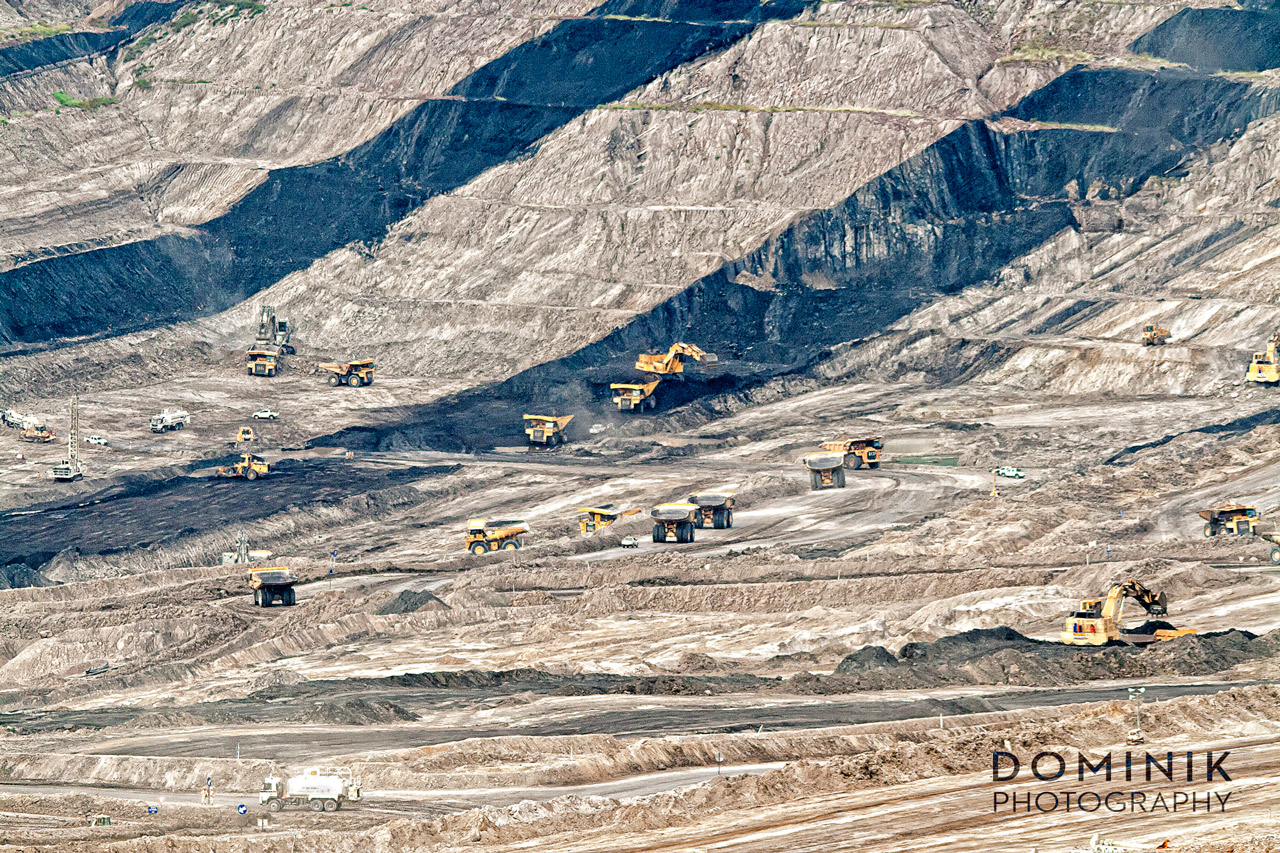 Coal seams in a mine in South Kalimantan 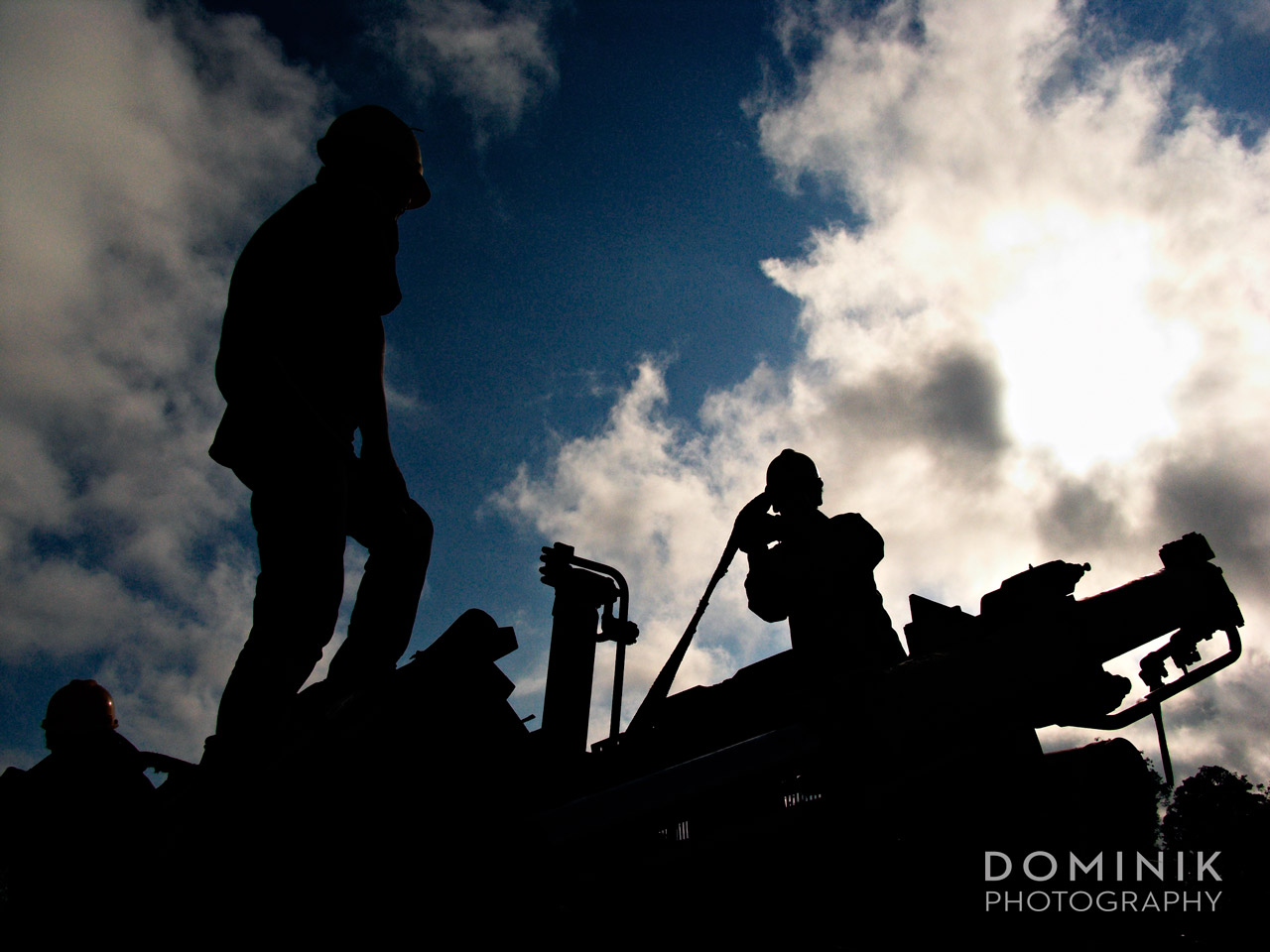 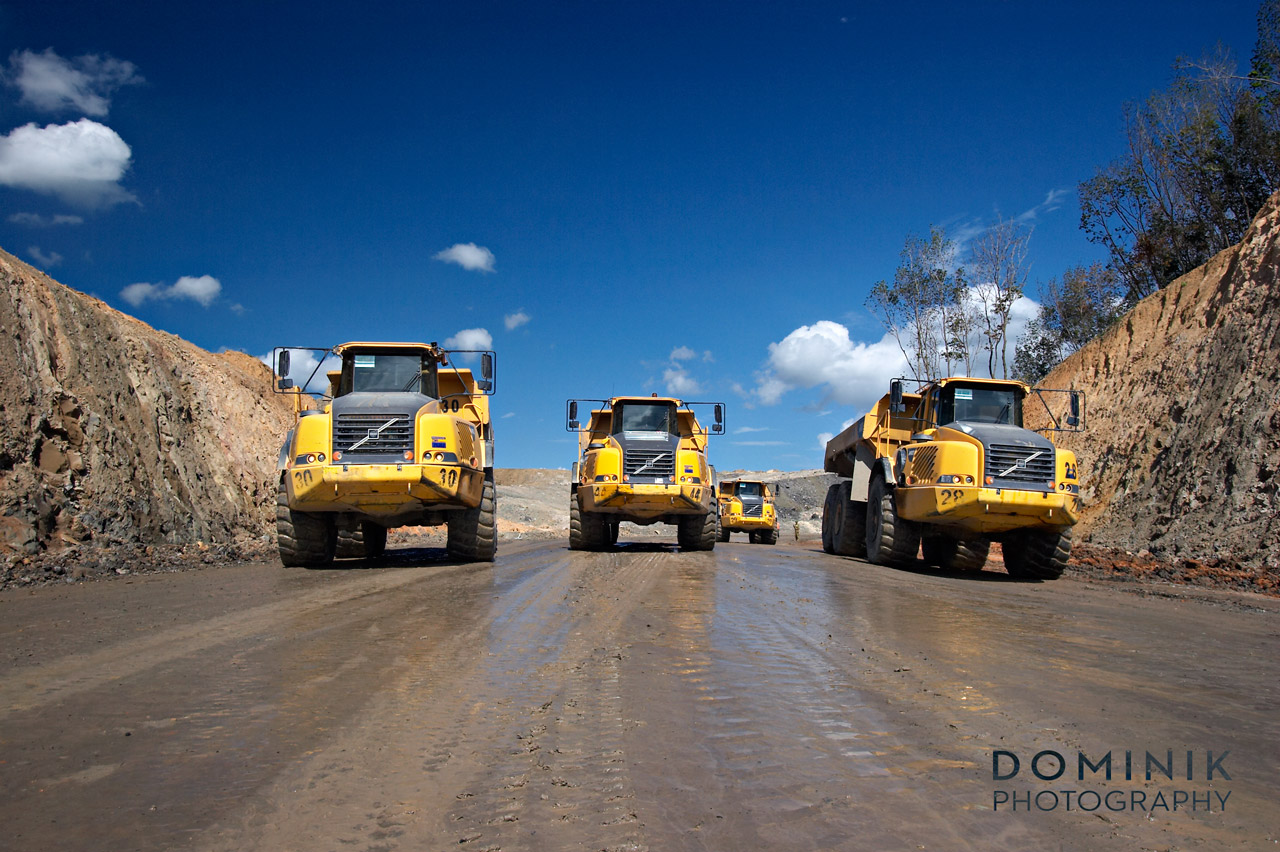 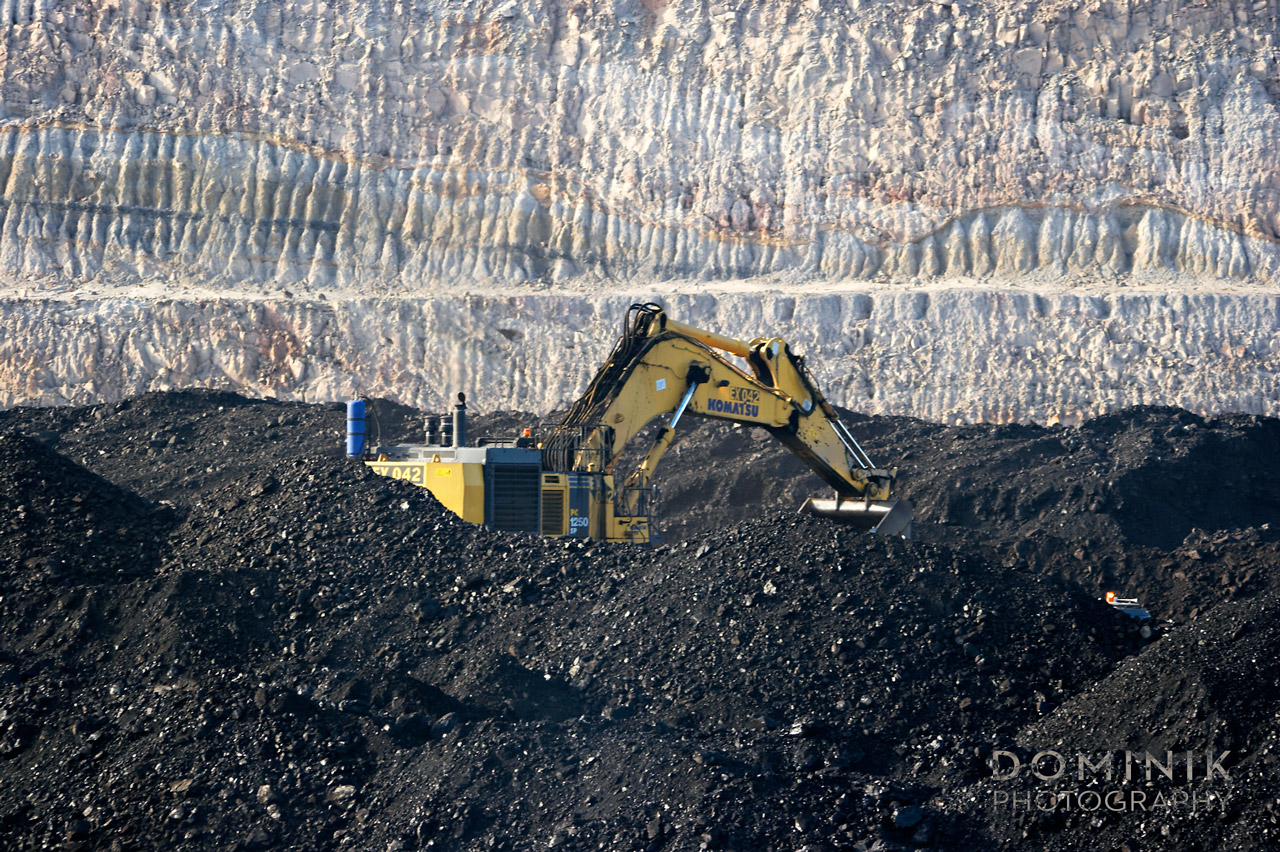 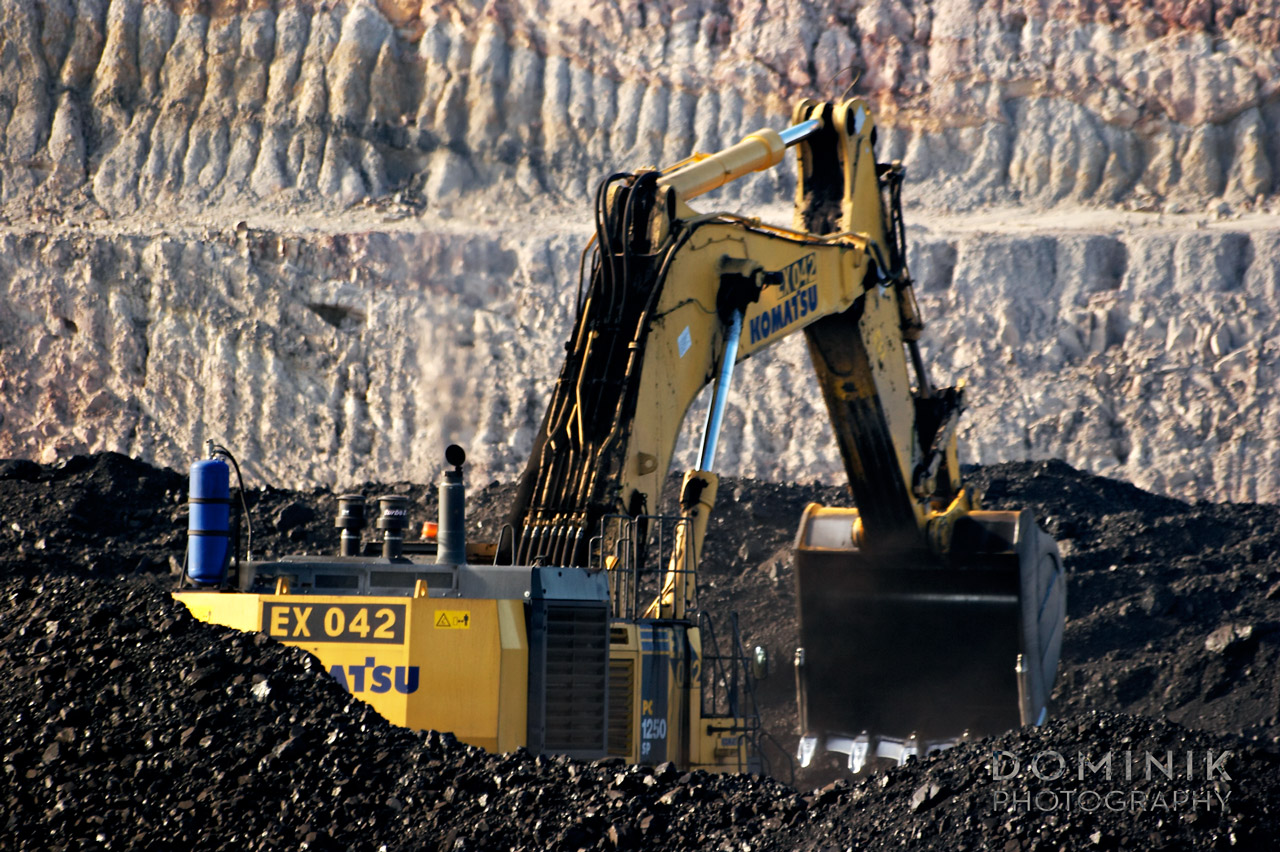 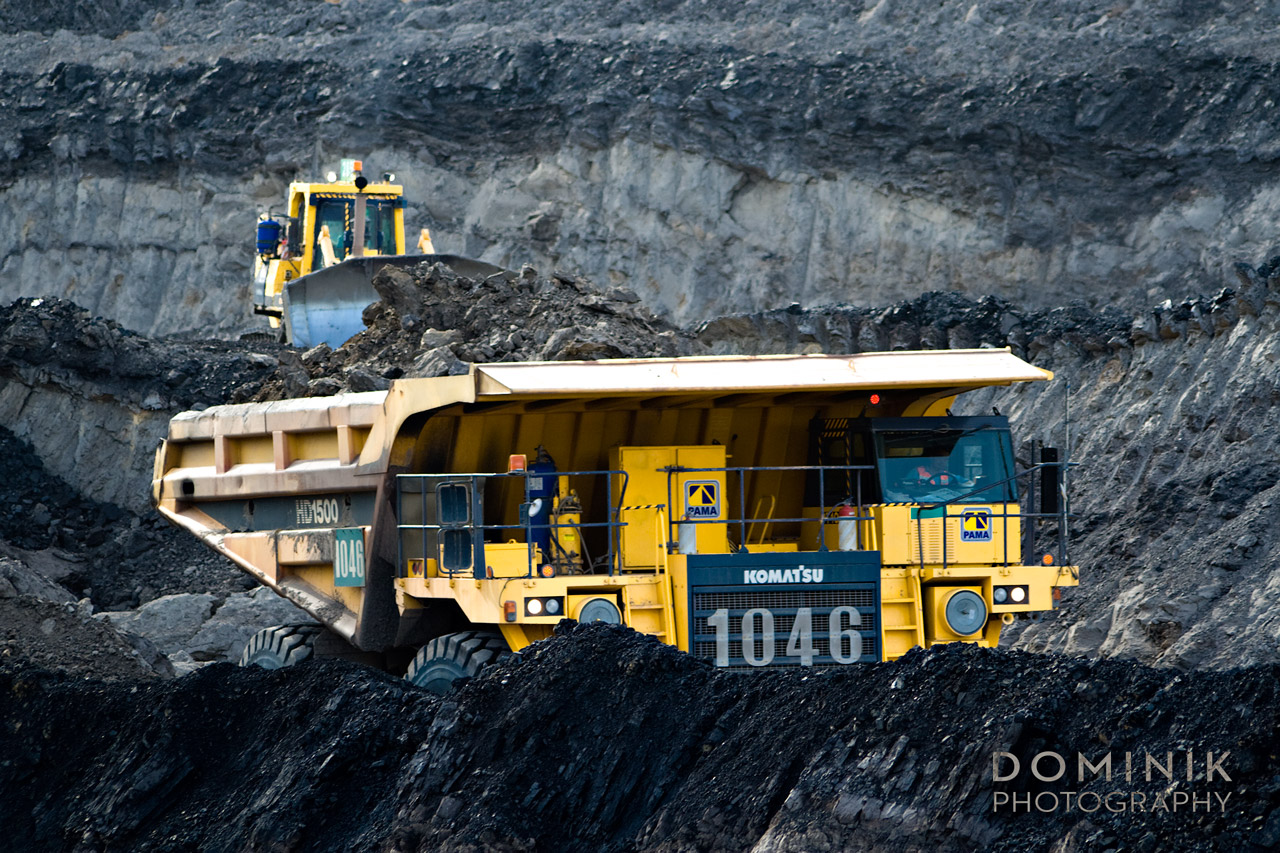 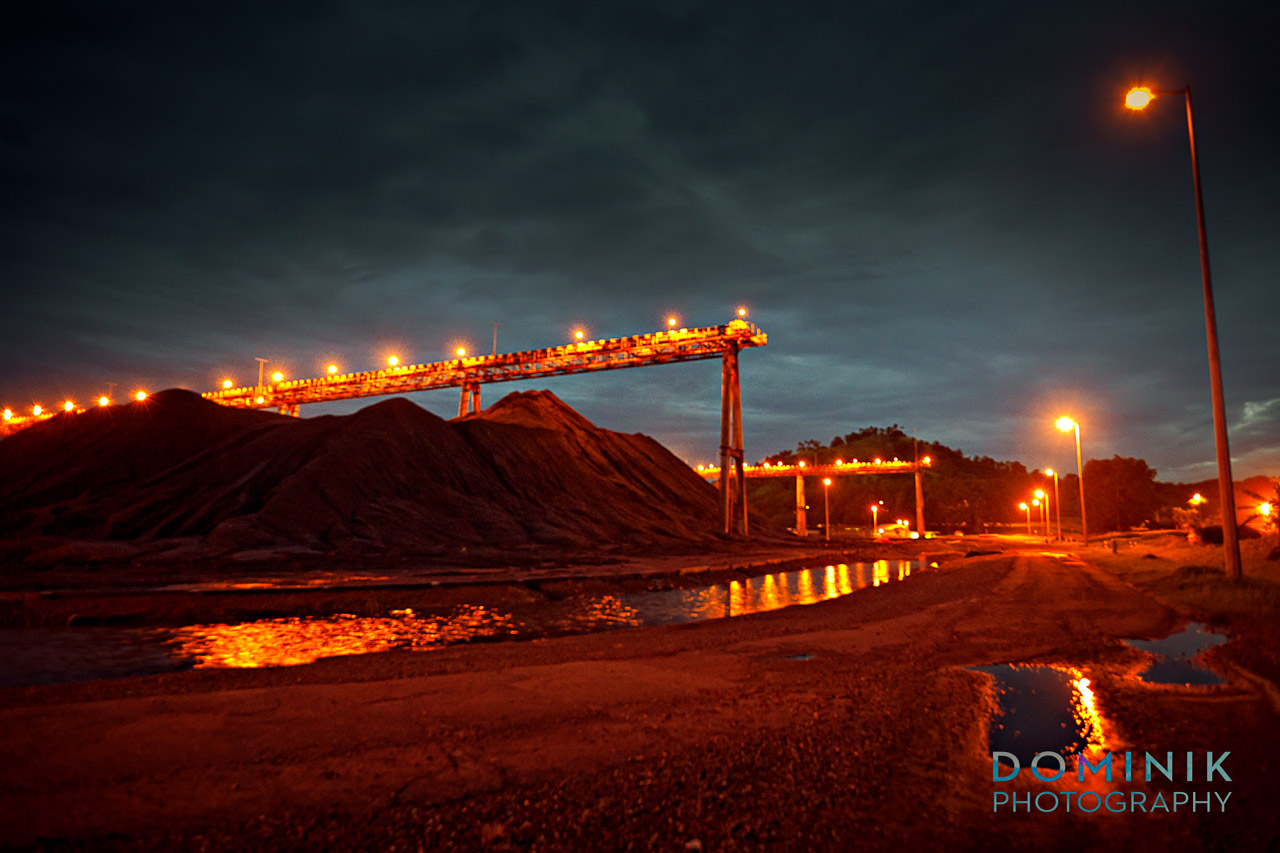 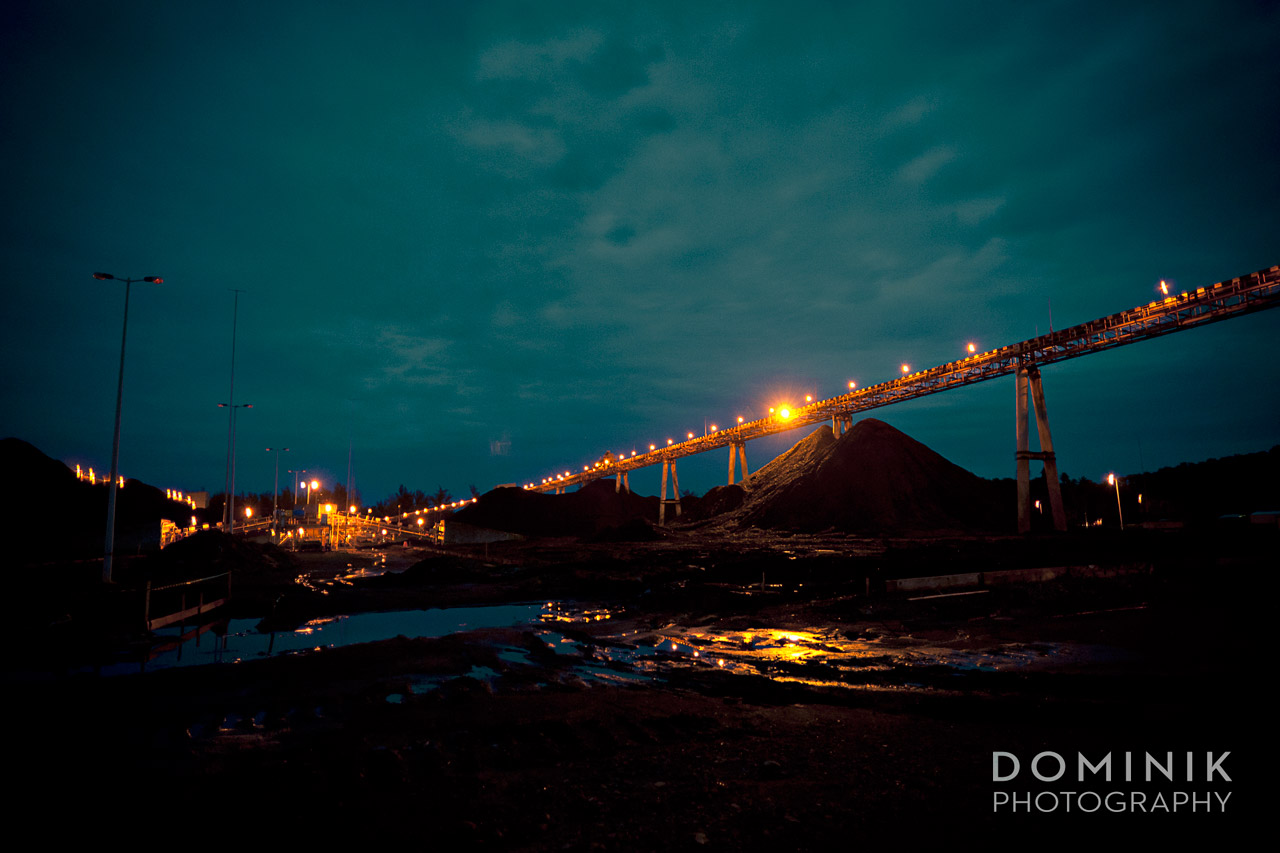 The sheer size of those coal mines is best appreciated from the air by helicopter. I was fortunate that I did my assignments as a mining photographer before the time drones became widespread and popular.

So I did my fair share of flights over the mining operations of my clients. Above land and above the sea.

But that is enough material for another story. 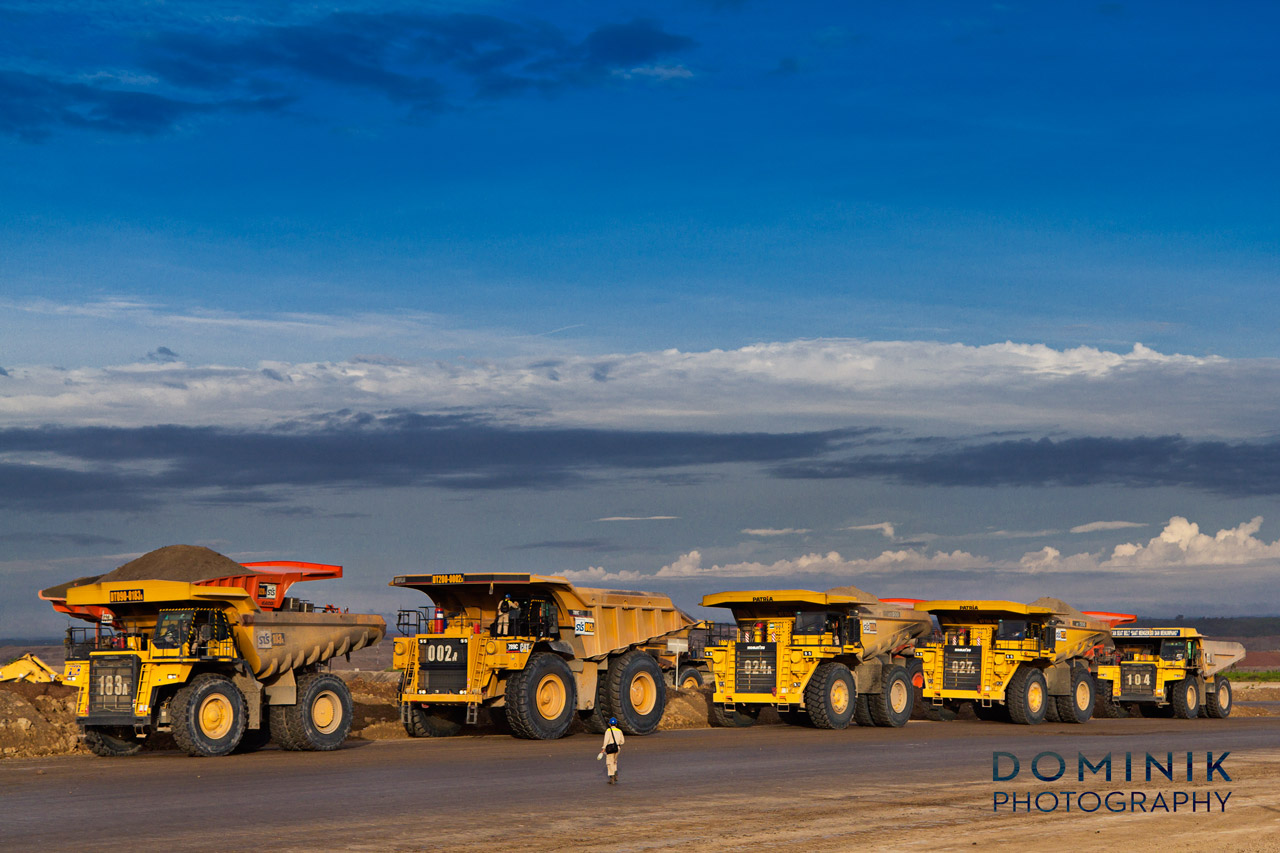 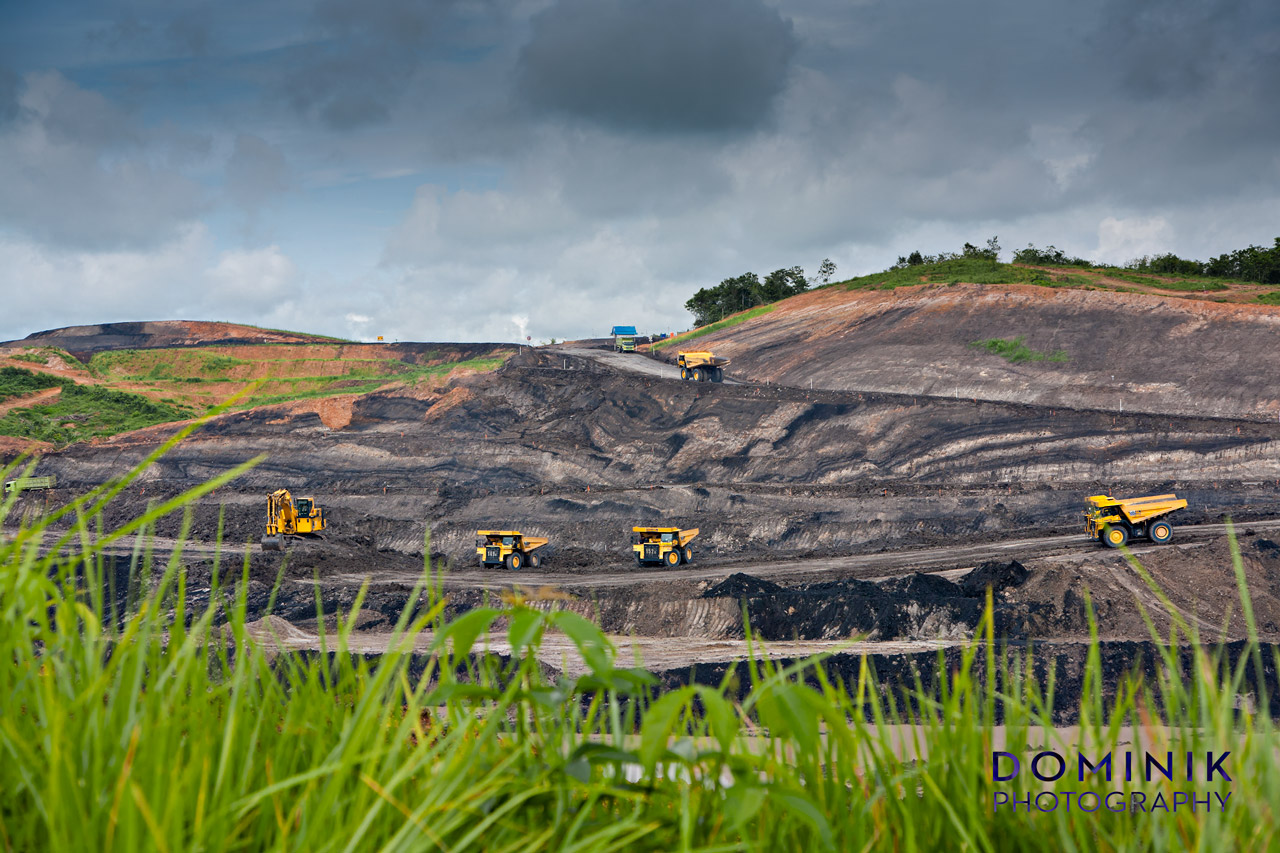 Mine in South Kalimantan 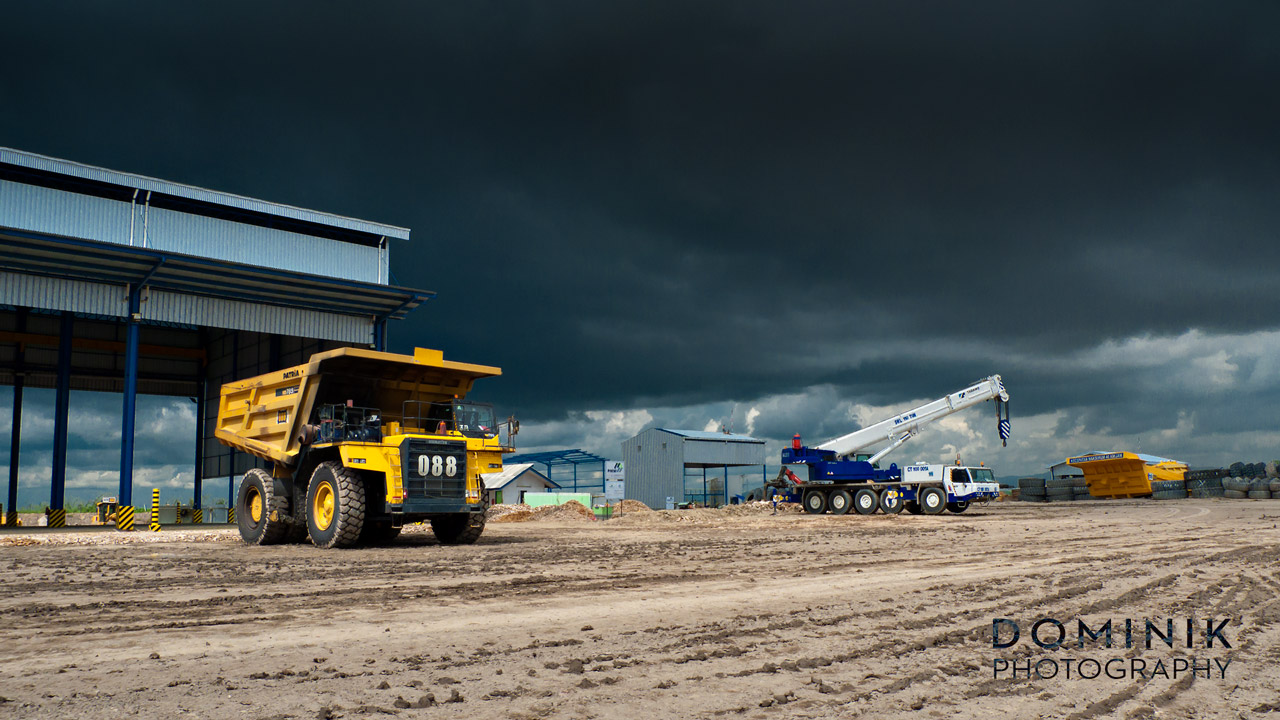 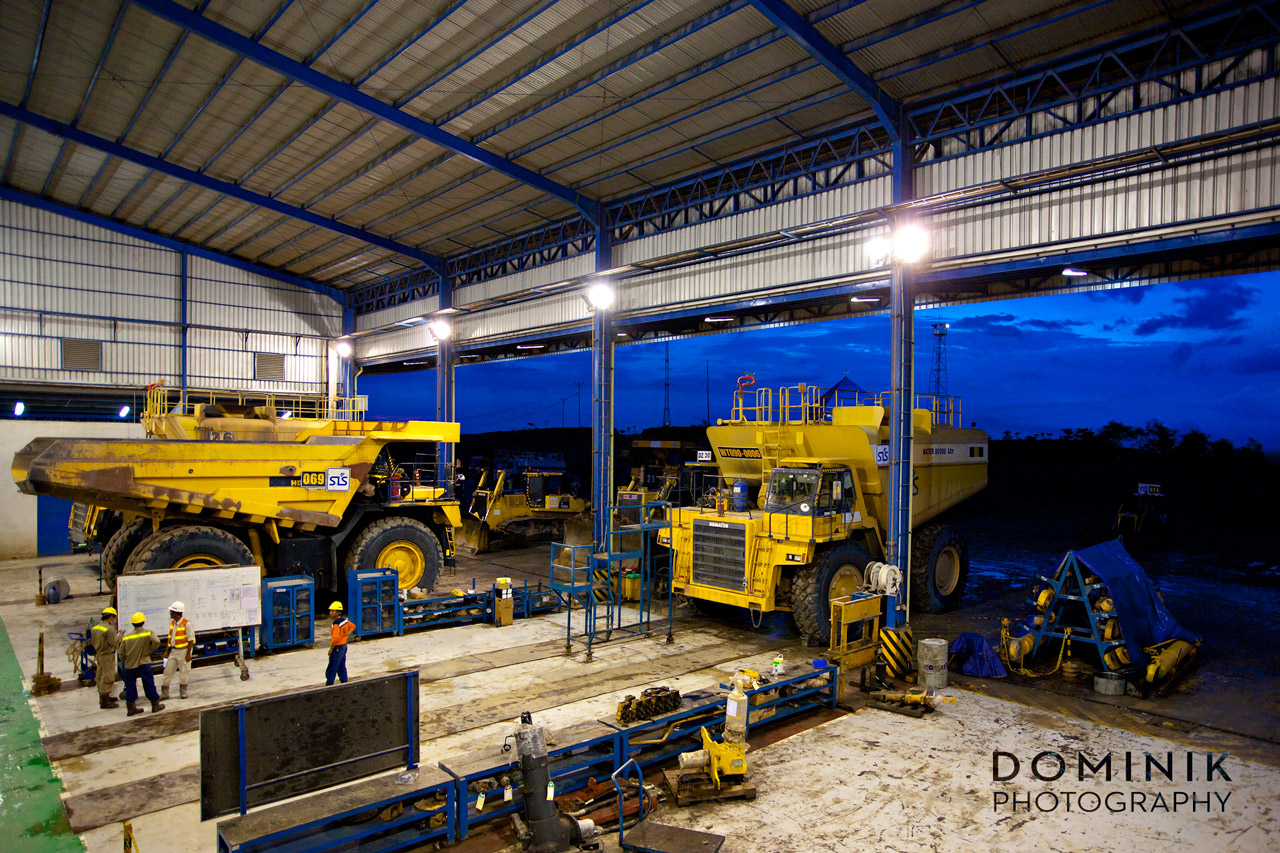 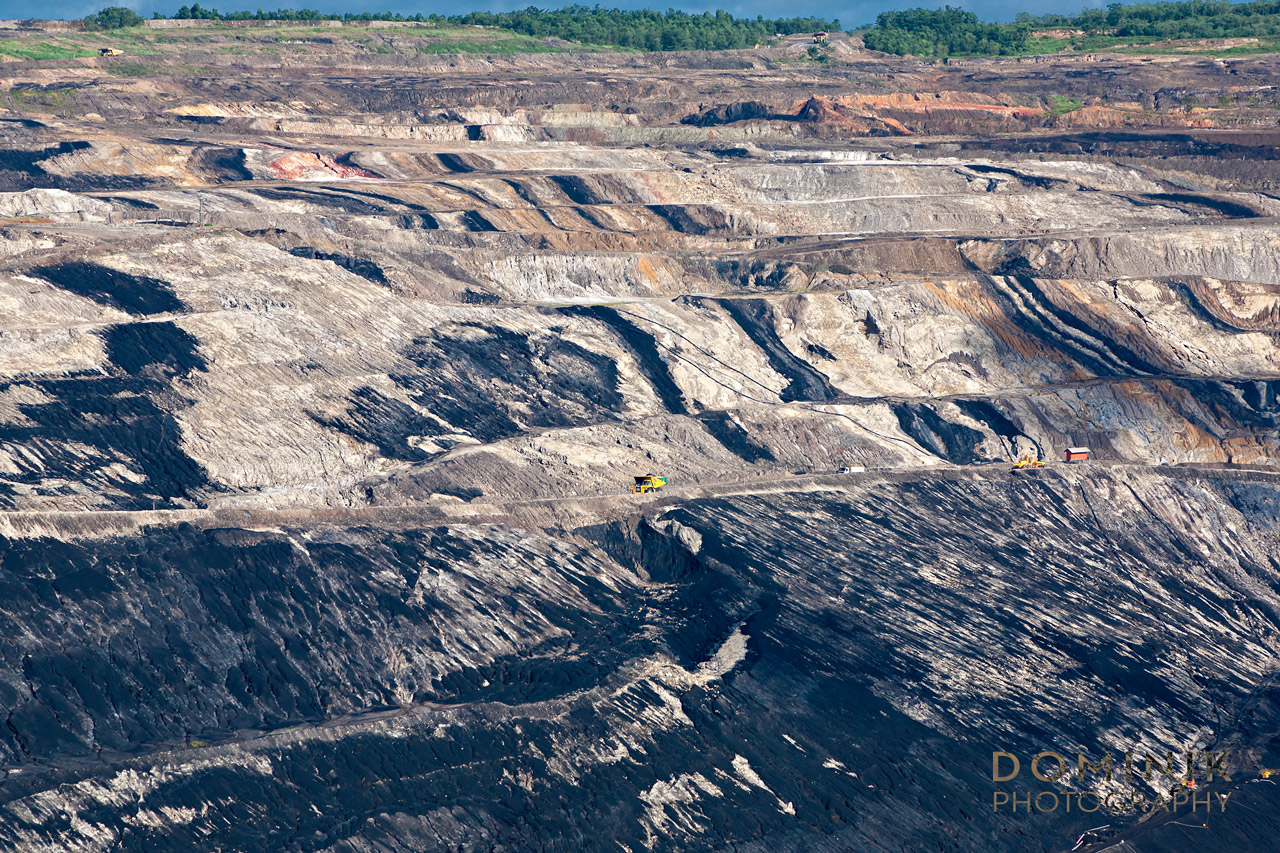 open pit mine in Indonesia 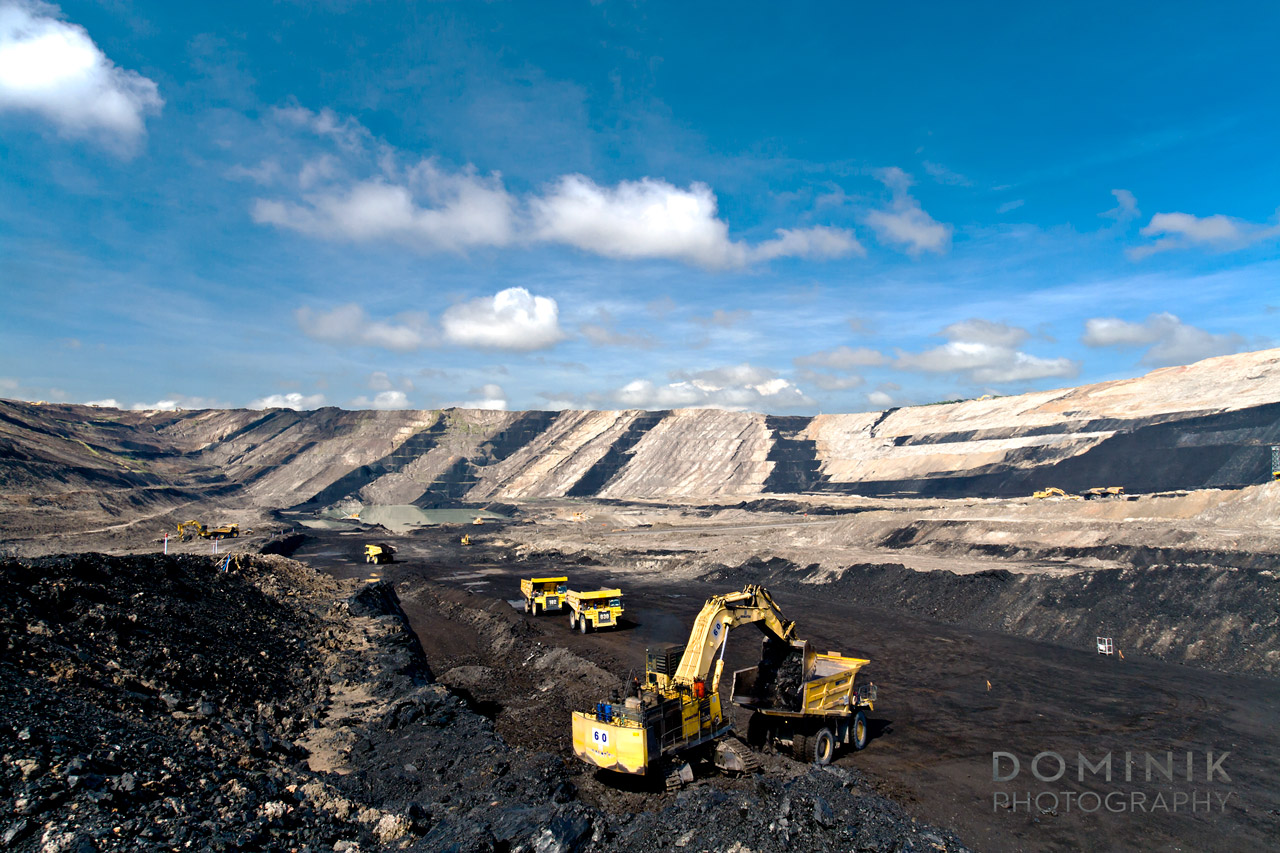 Coal mine in South Kalimantan 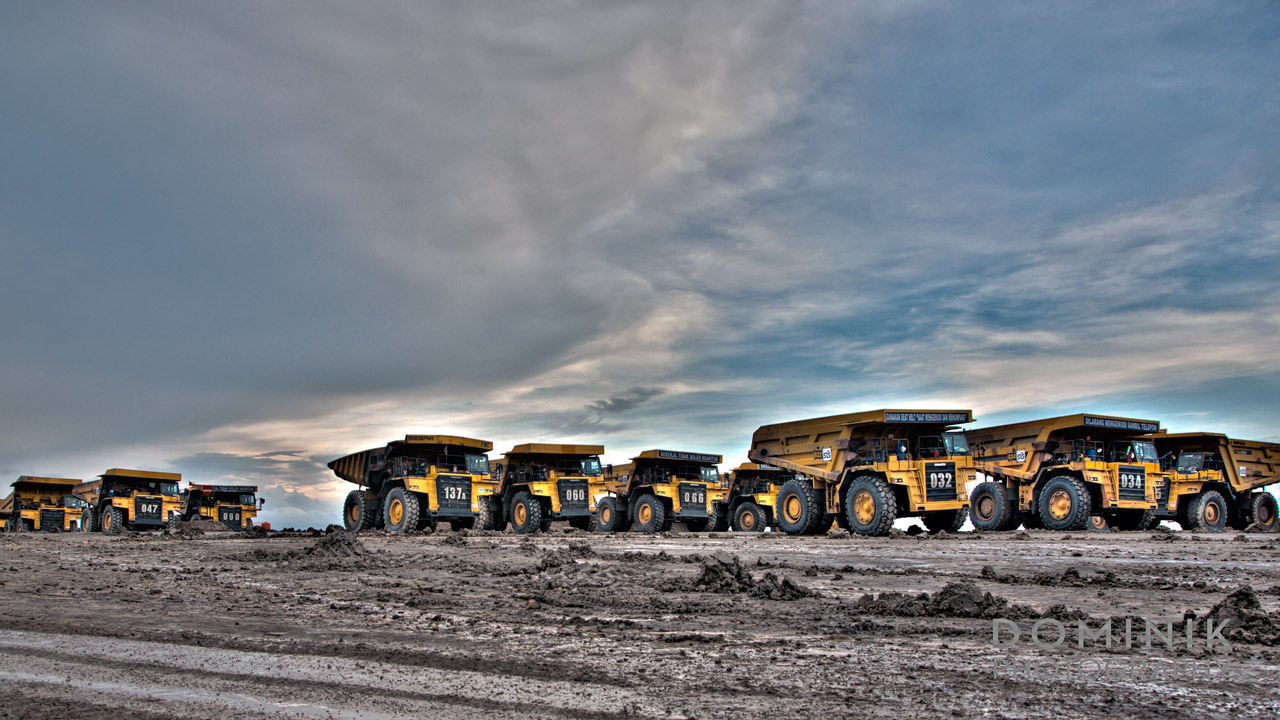 Kalimantan – that is where all the action is

Indonesia ranks among the top producers and exporters of coal. Over 80% of Indonesia’s coal is mined in Kalimantan, the Indonesian part of the island of Borneo.

Most of the mines are inland, thus necessitating the coal to be transported from the mines to ports and in many cases to off-shore loading places.

Sometimes it is transported by gigantic hauling trucks, at other times it is barged down some of Kalimantan’s large rivers.

I feel very privileged having had those assignments because no other projects in my career had so much of an adventure component to it.

It is not very likely that you Dear reader will have access to such coal mines, unless you have a job to do there. I will nevertheless share some ideas and thoughts about photographing in mines.

Firstly, mines can be very dusty places. Never change lenses out there in the open, or your sensor will also look like a minefield… 😉

I was fortunate to have always an assistant with me. And at least two cars at my disposal. So I brought more or less all my equipment. Usually consisting of 3-4 DSLR cameras and 6,7 lenses. I’d say at the very least one should bring the standard zooms: 24-70mm and 70-200mm. Ultra wide lenses in the range of 16 – 24 mm can also be very useful. That is if you know how to handle such a beast.

A circular polarizer is mandatory. So are spare batteries and enough memory cards. Because usually I was out in the field the whole day, sometimes shooting 1000 or more photographs in one day.

As with most outdoor shoots the best times are in the early morning and the late afternoon.

My take on mining – a slightly political perspective

In this day and age of global warming, it should be a no-brainer to immediately cease all burning of fossil fuels, such as coal. Thus rendering mining of coal unnecessary. But unfortunately, it is not that simple.

And where there is demand there will be supply. And for the foreseeable future, it looks like that coal mining in Indonesia will not only continue, but increase.

Having seen the damage that logging companies and palm oil companies do in Kalimantan Indonesia I have to say that the mines are by far the lesser evil.

On a global scale, the footprint that mines leave on the landscape is rather limited because mines tend to more dig down, rather than expanding horizontally.

As for the impact that the mines leave on the environment what I have to tell you may surprise many of you. At least the very large, multi-national mining companies I have worked for are doing a pretty decent job in terms of environmental protection.

Former mining areas are ‘re-greened’ and often the land they leave behind is better than it was before. Areas that used to be rather barren unusable land are turned into forests and land well suited for agriculture.

No, no the mining companies are no saints. I am not saying that. And maybe the world would be a better place without them. But that is not for me to judge. 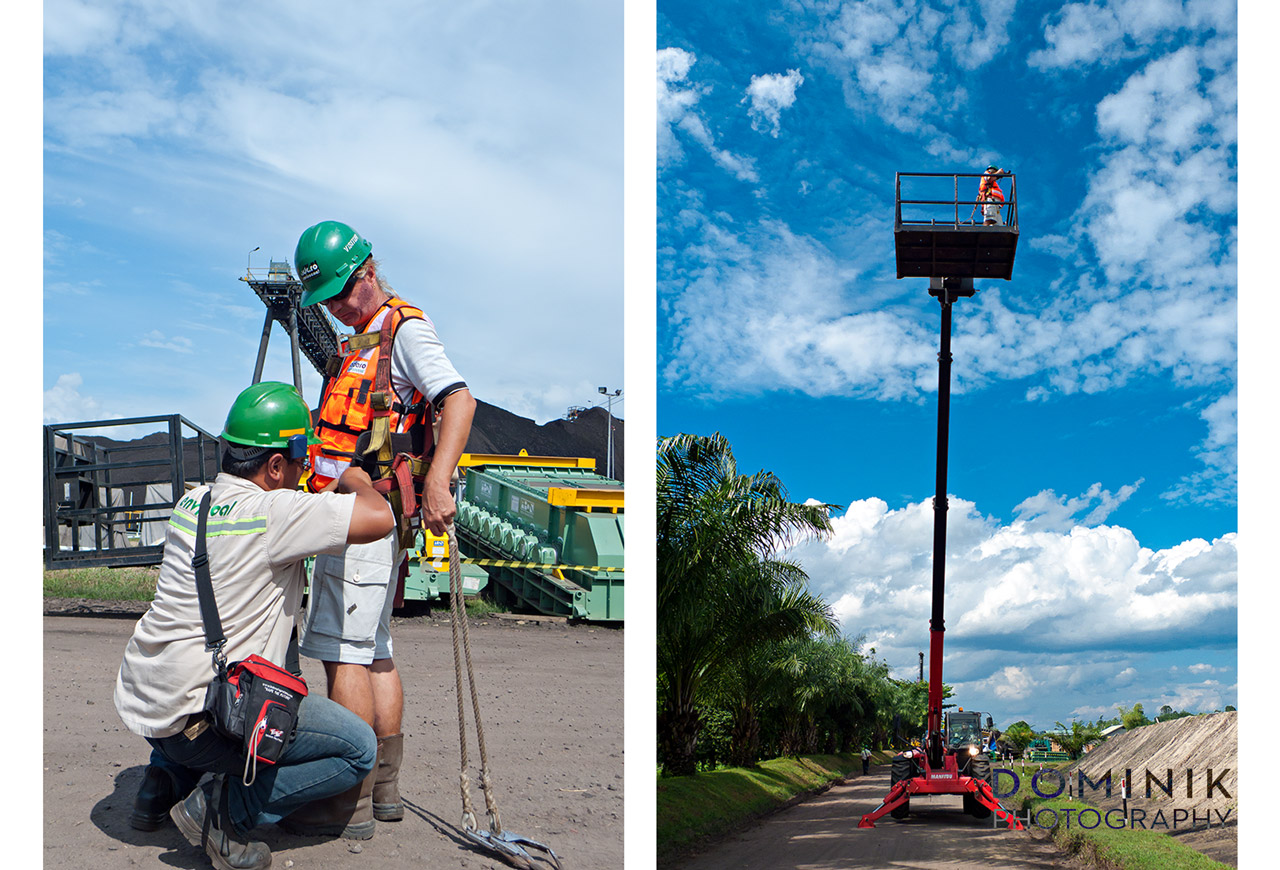 Yours Truly putting on Safety gear and photographing from ‘above’ 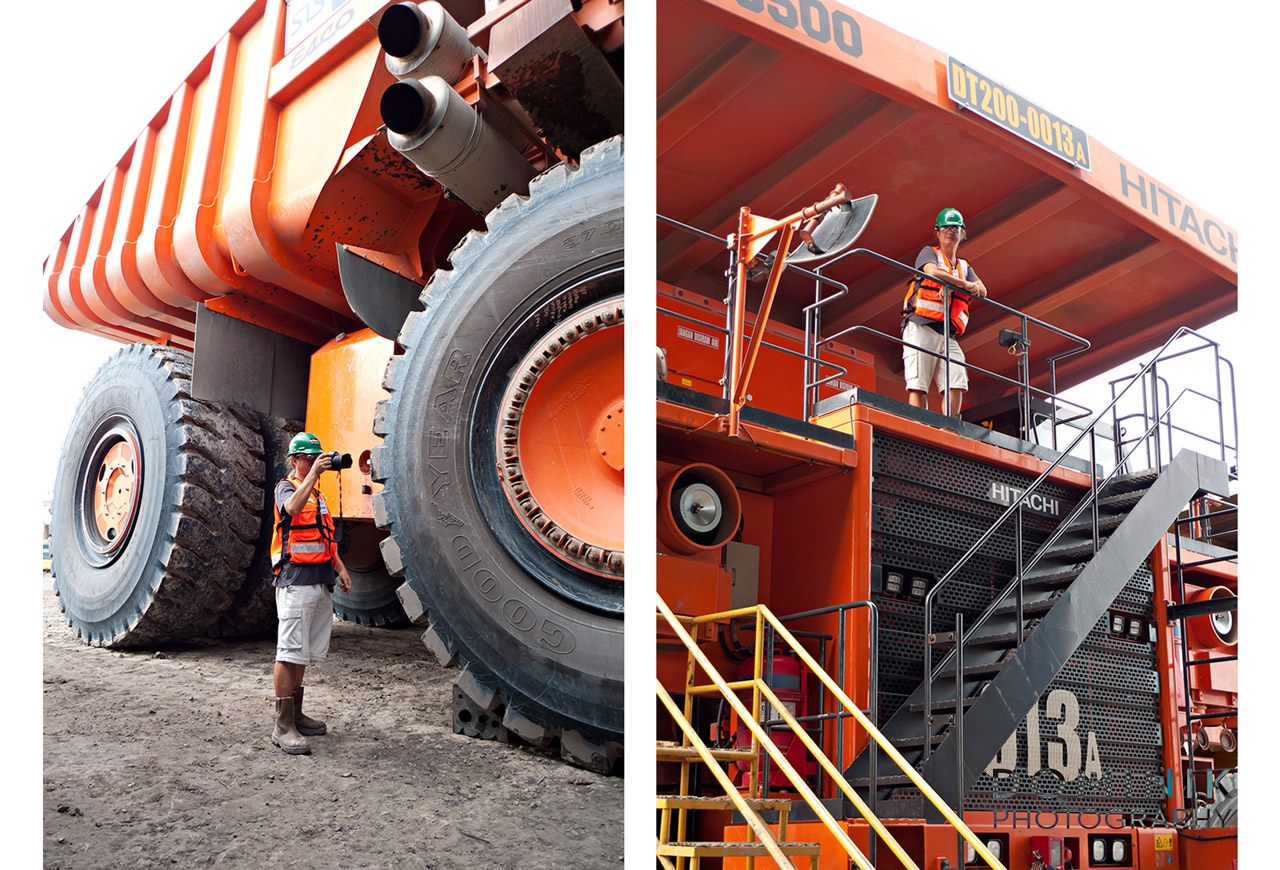 Yours Truly and the size of a truck

I feel very privileged that I had worked as a mining photographer in Indonesia for many years. And that I could visit all those very interesting locations and meet lots of equally interesting people along the way.

And the work I did for Indonesia’s mining industry has lead me to the conclusion that probably Kalimantan is the most beautiful island in Indonesia.