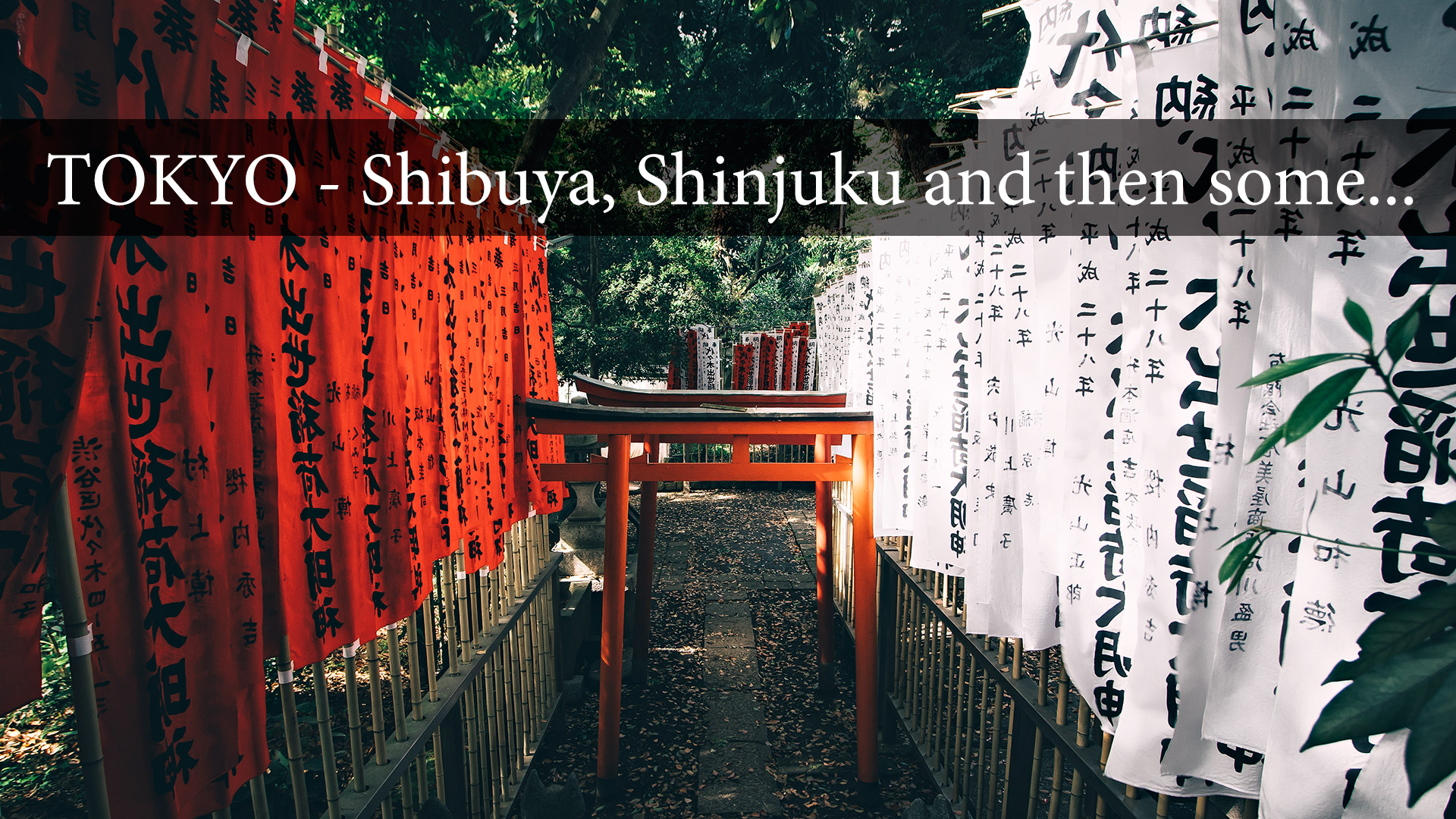 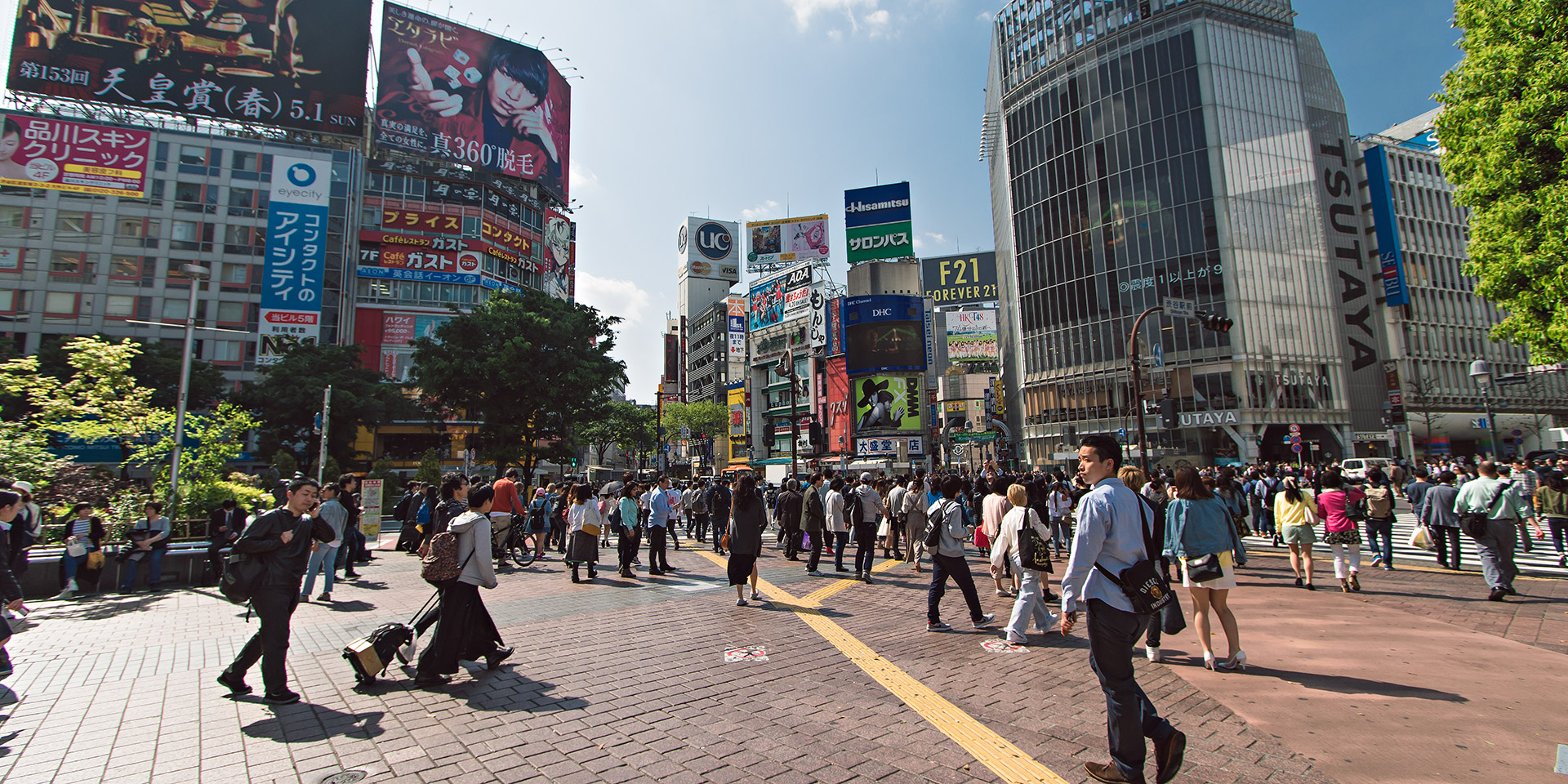 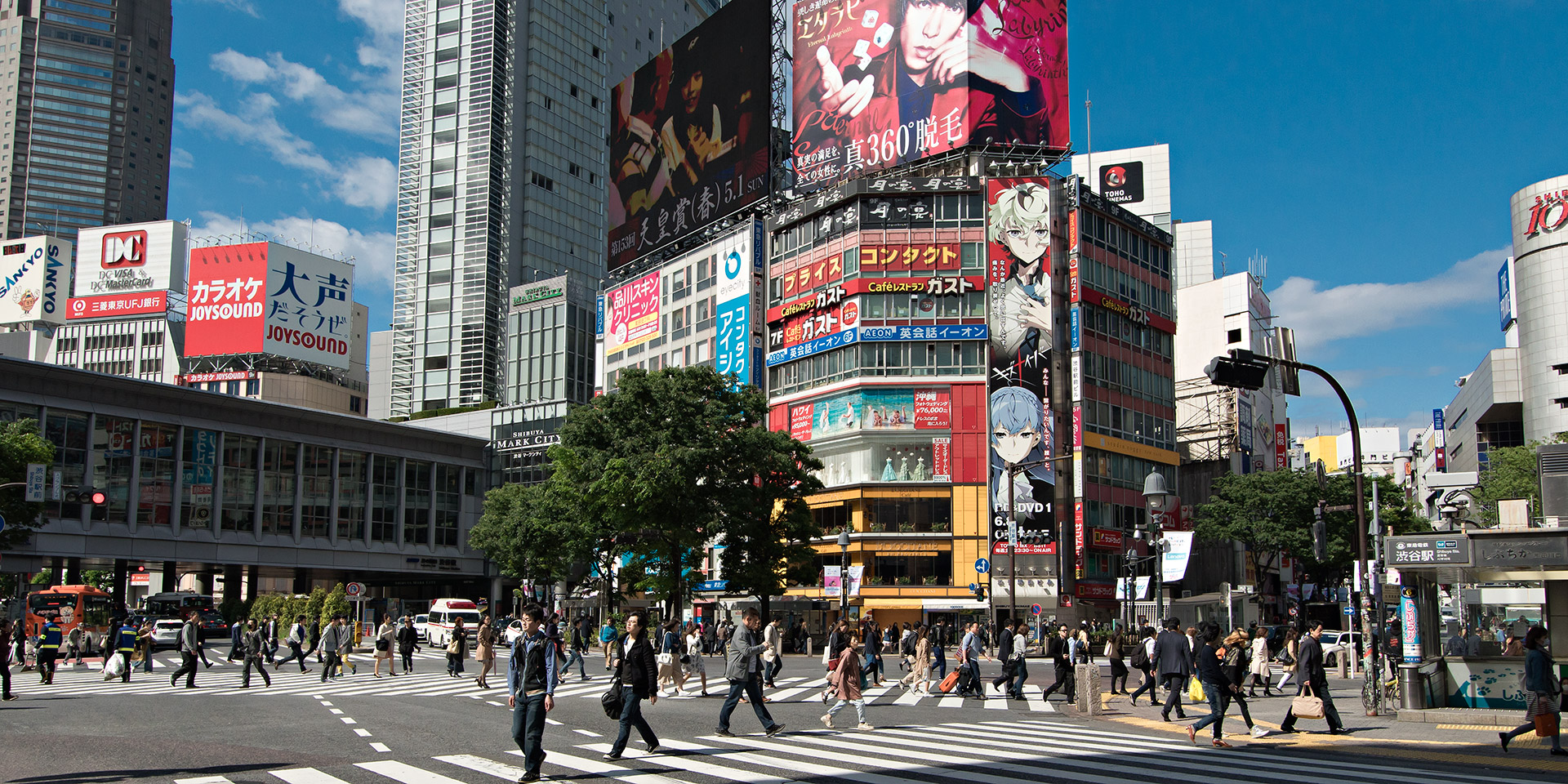 and a different view of the same intersection

Throughout my life, Japanese products & gadgets have played a significant role. The Walkman in the 80-ies profoundly changed my music listening habits. My first amplifier and the whole Hi-Fi stereo system were Japanese. So was my first color TV.

The gear boxes on most bicycles  I ever drove were also Japanese. Various motorbikes I owned throughout my life were of Japanese make.

And even until now, Japanese brands dominate my life. For instance, most of the cloth I wear nowadays are from a well-known Japanese brand. So are the cars we drive.

And of course, all my photographic equipment is Japanese.

Yet, I never visited the country where all this is made or at least is conceived.

I did not really know what to expect. Yet I had high expectations. And I was not disappointed. Not at all. 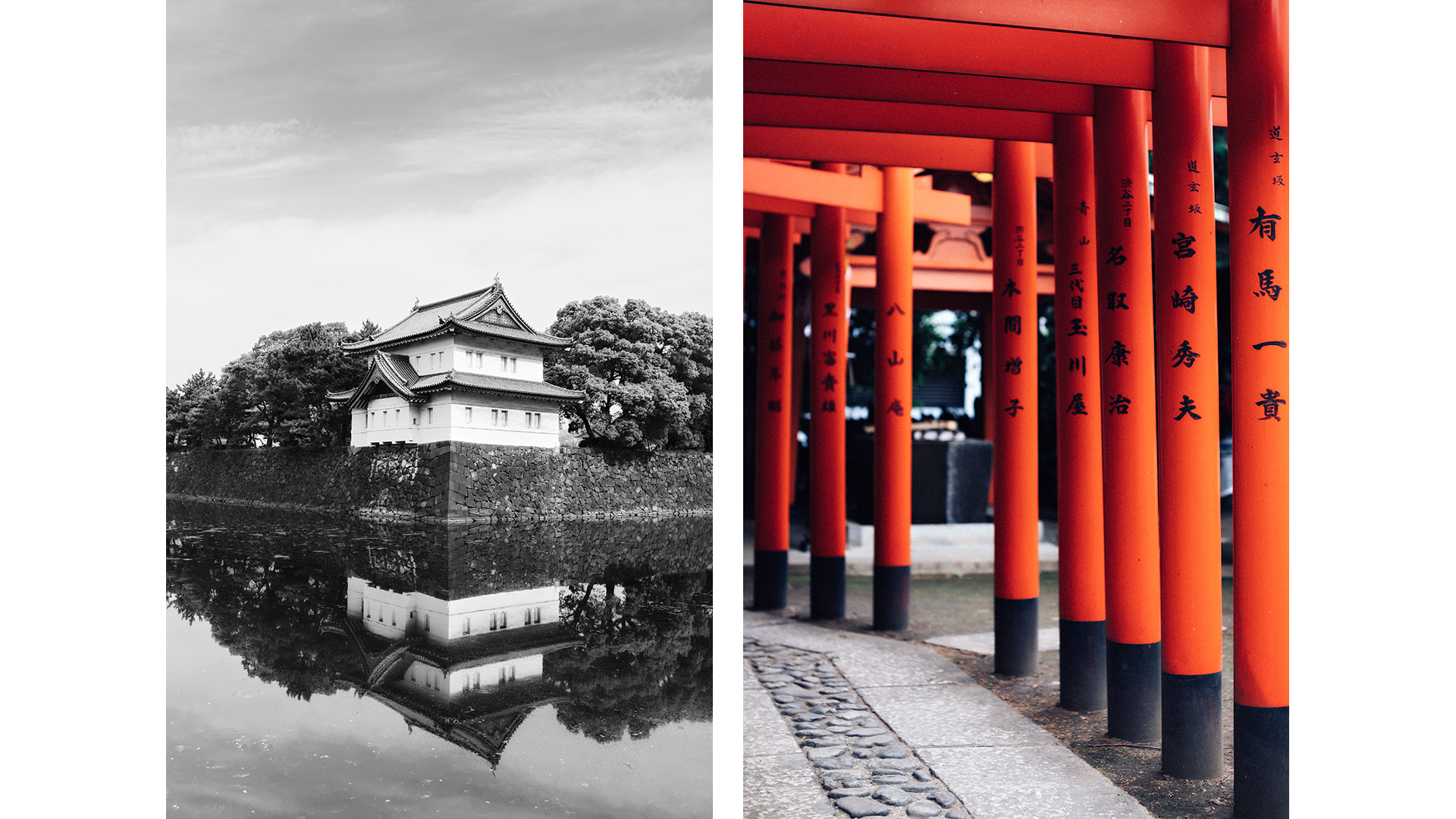 Can it get any more Japanese ? 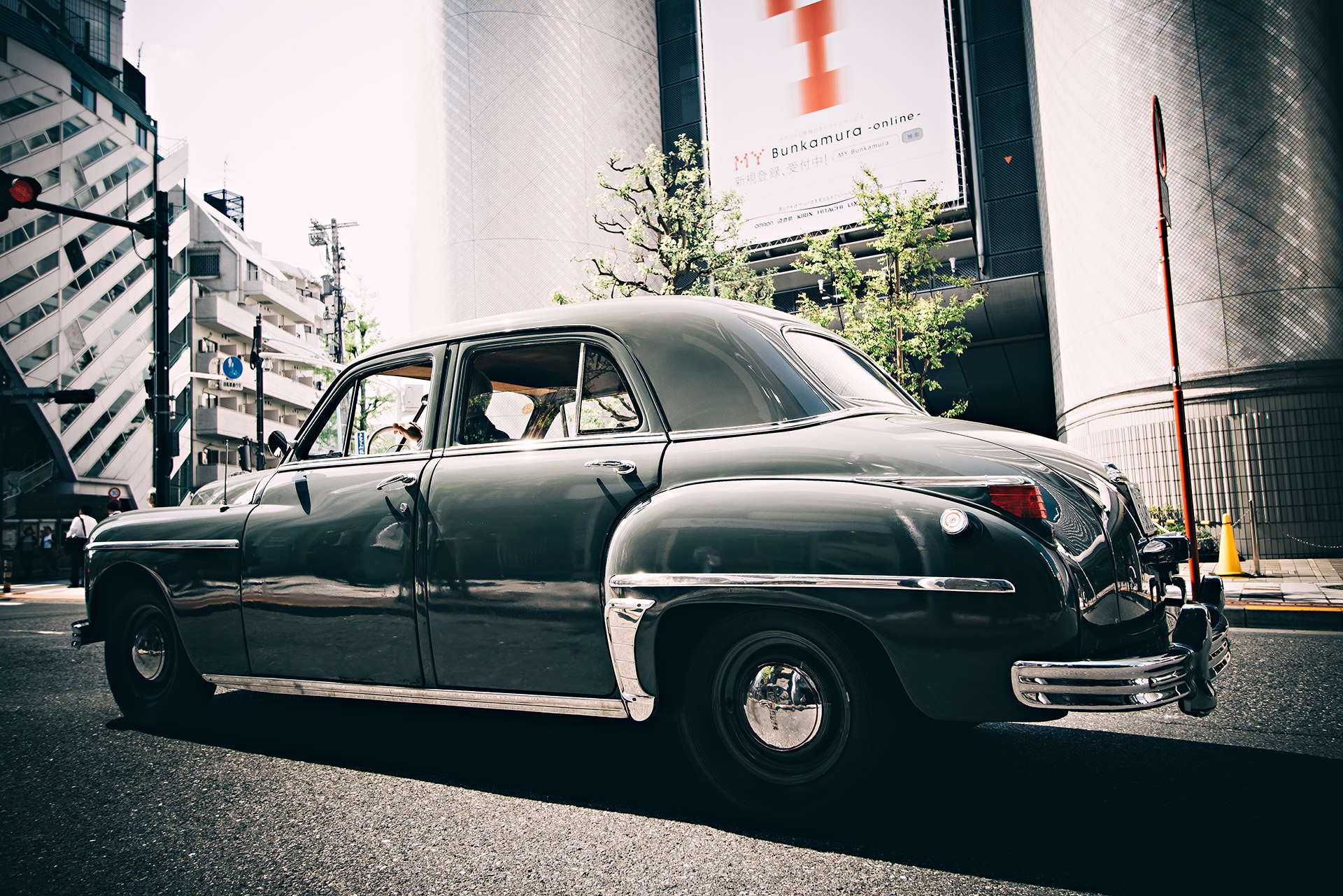 A beautiful, yet rare sight. 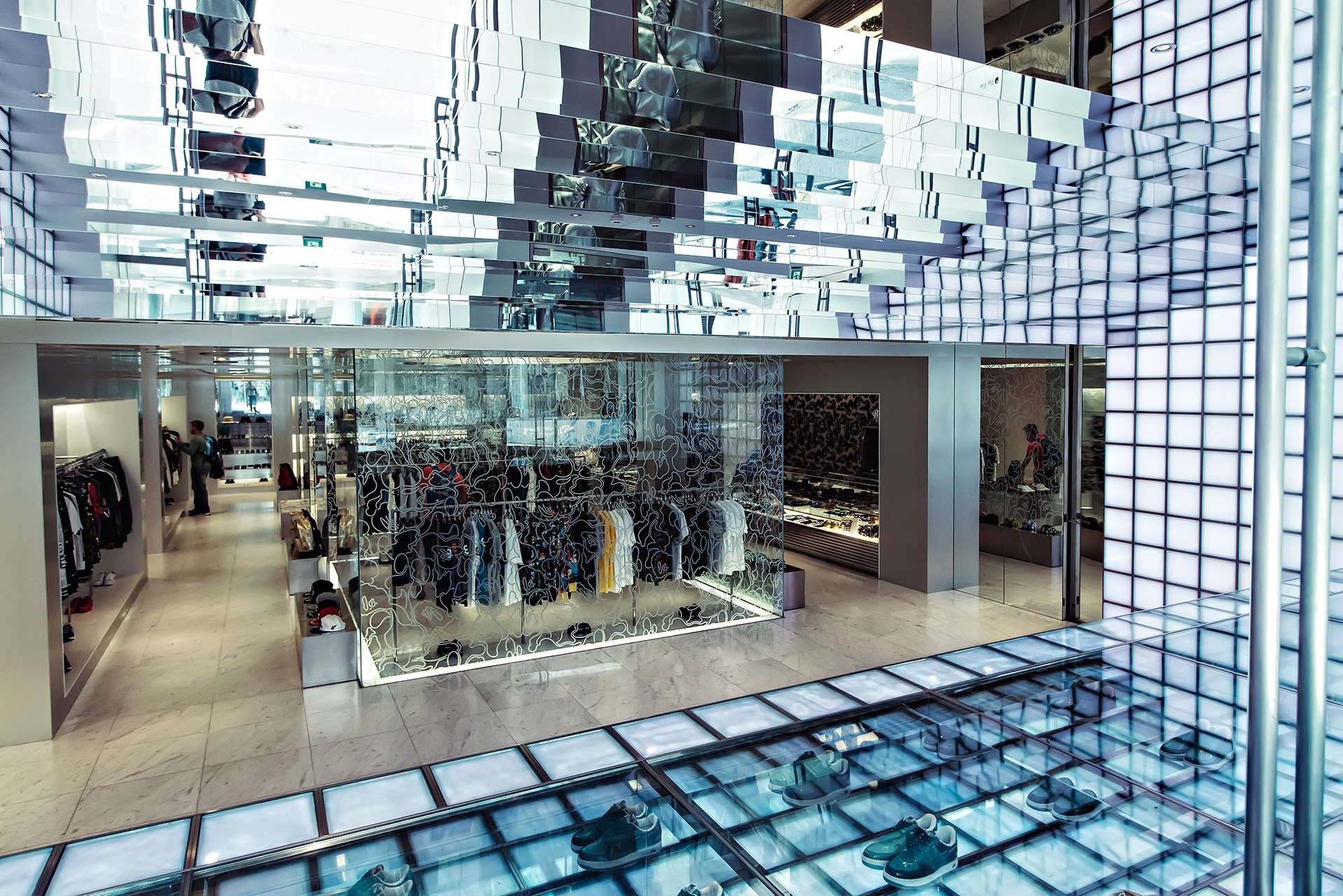 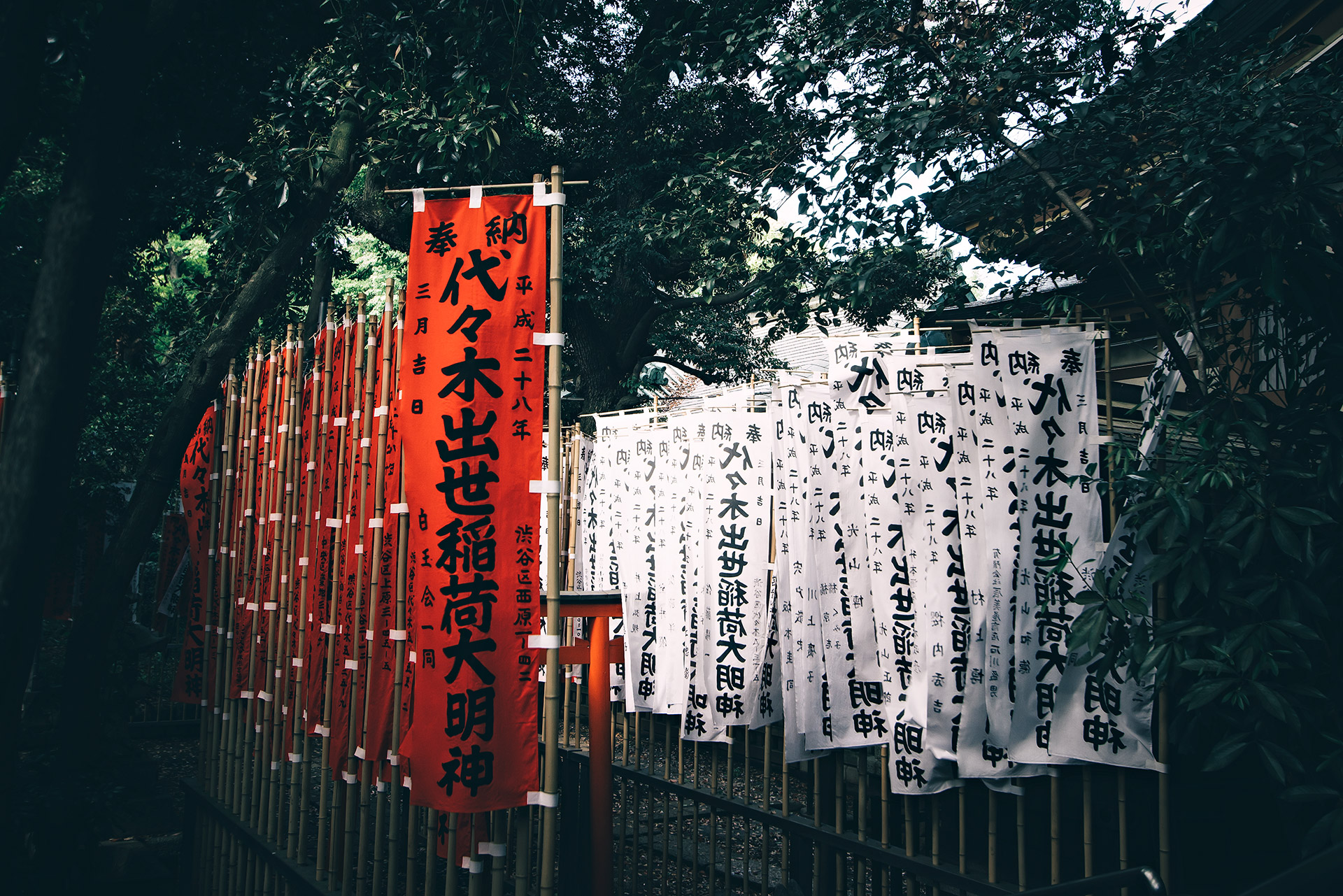 Inside a shrine somewhere in Shinjuku

I had visited BIG cities in the past, such as Shanghai, Beijing, Seoul – and never did I feel overwhelmed. But in Tokyo, I felt a bit like a villager who has come to town for the first time…

Underground train stations in which you can walk for 30 – 40 minutes from one end to the other and which have 16 different exits  (some subdivided in 16A, 16B, etc… ).

Machines to operate to order a simple meal, all sorts of vending machines and and and… 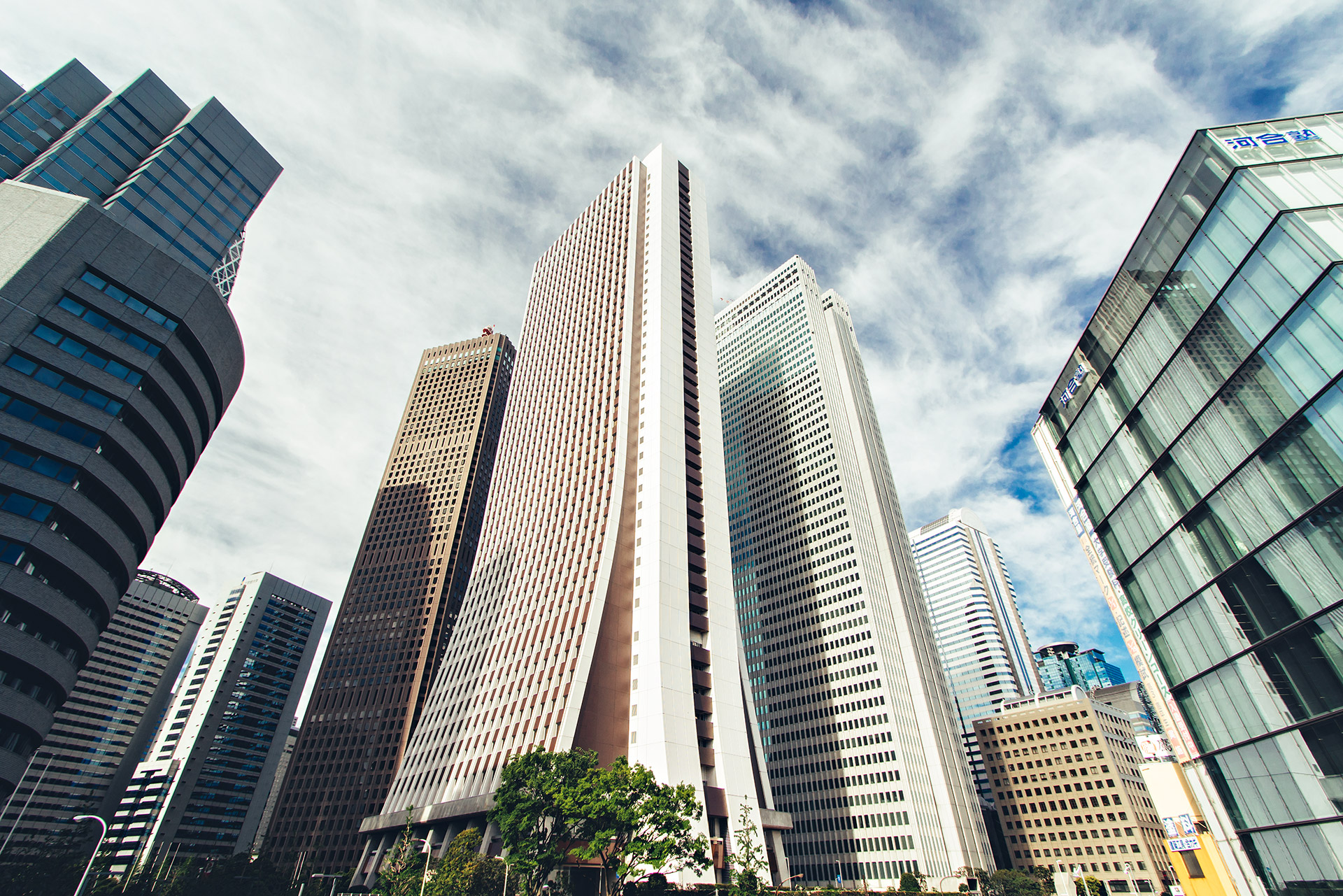 The impressive skyline of Shinjuku 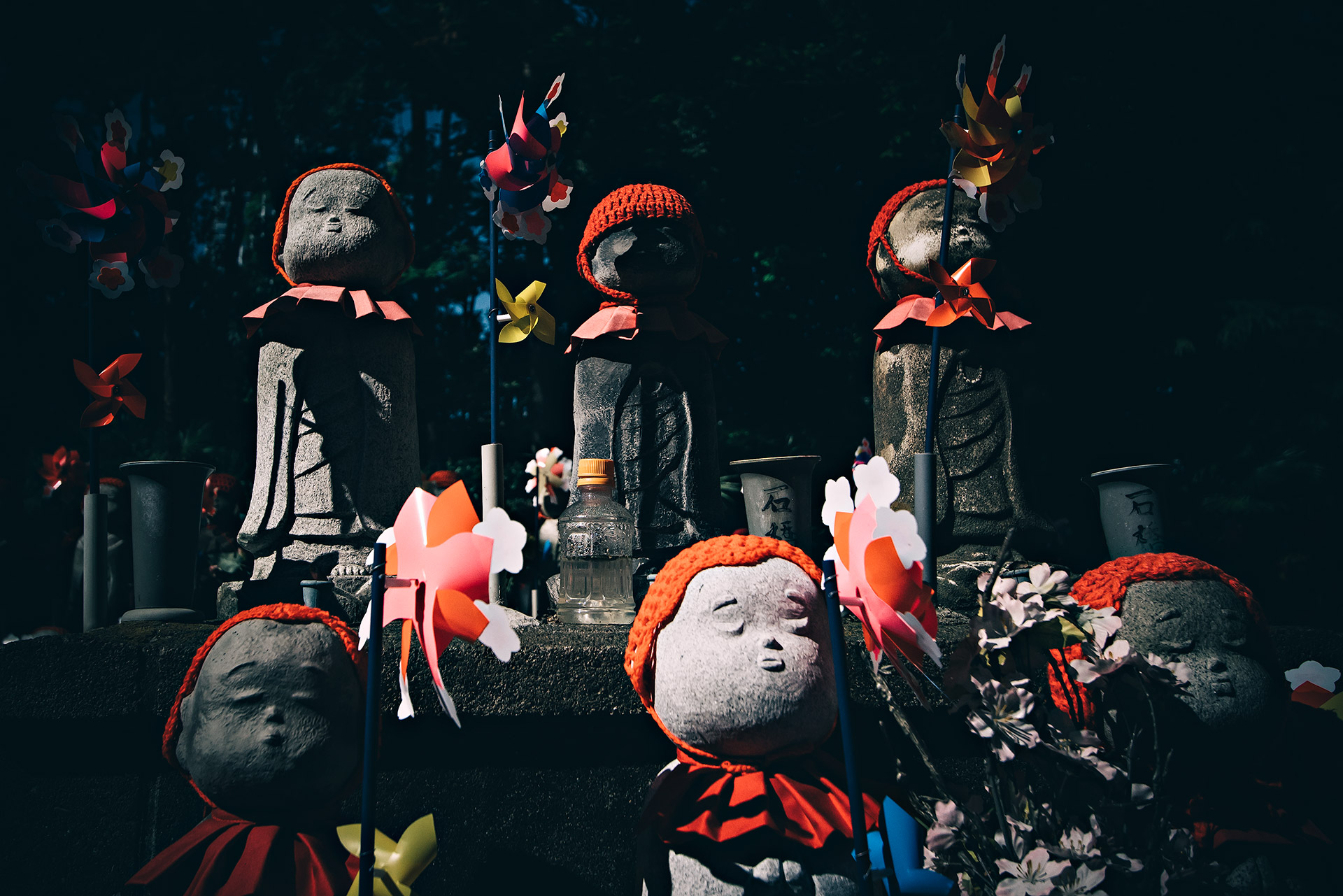 I have not figured out what those are about… 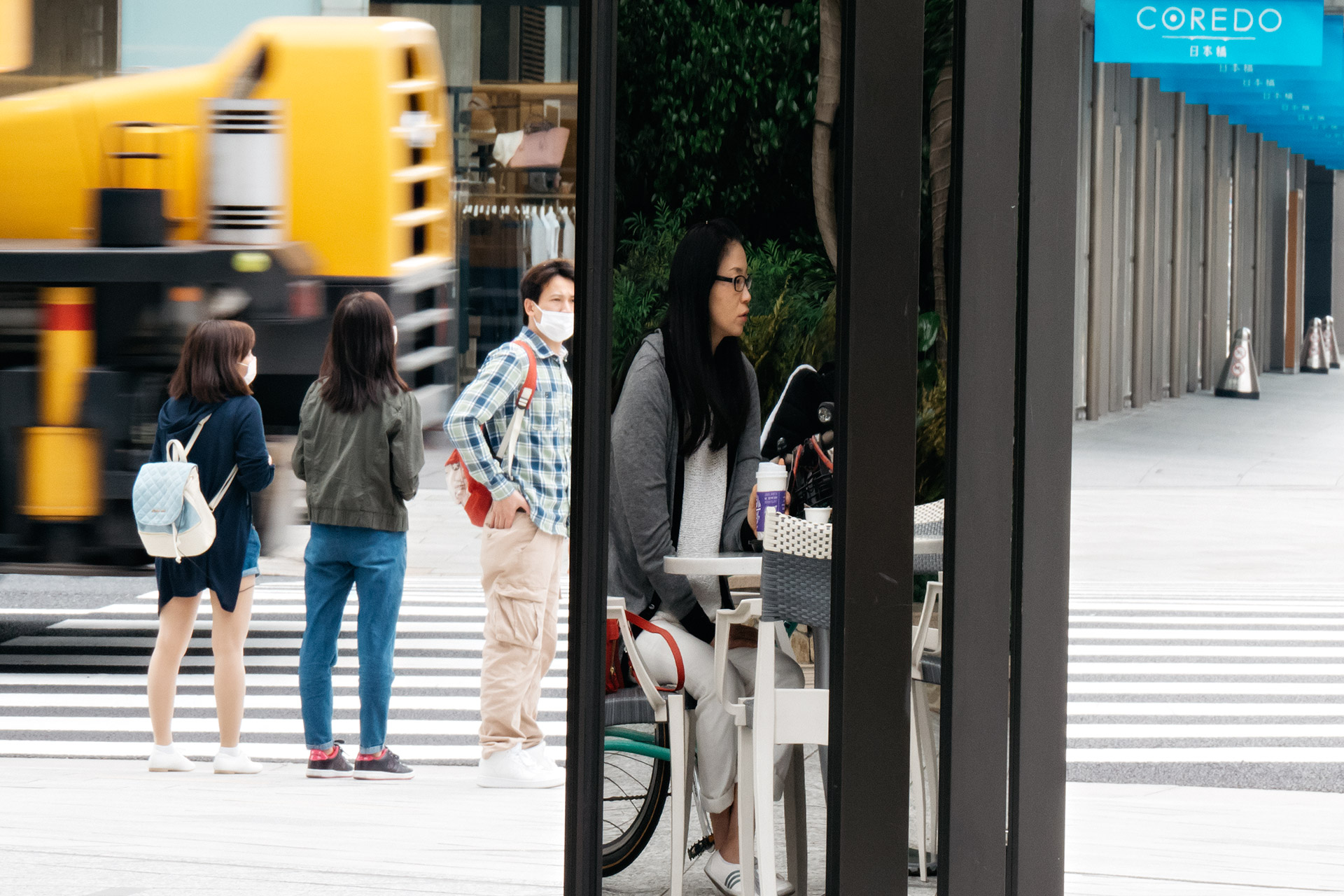 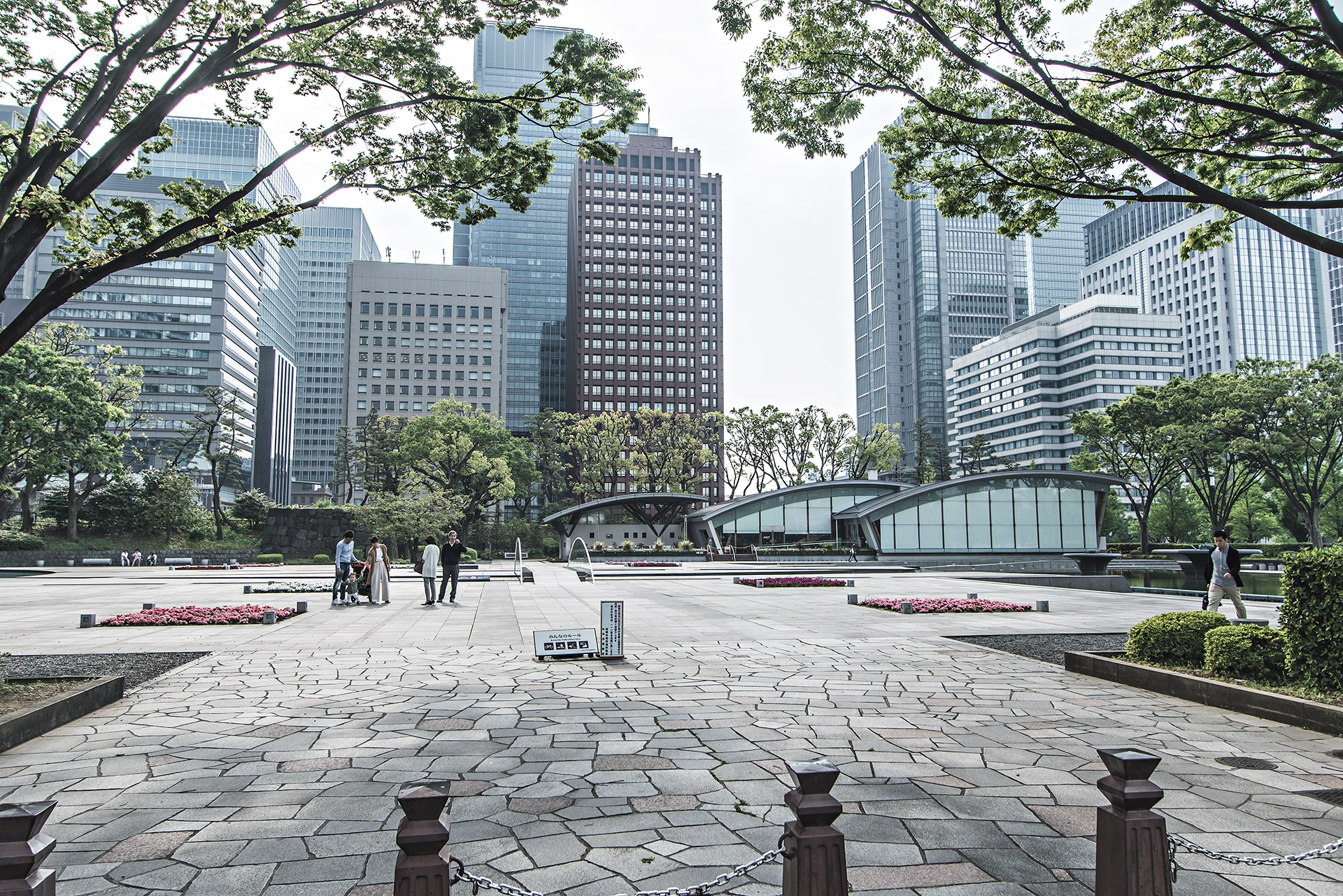 A paradise for Street photographers 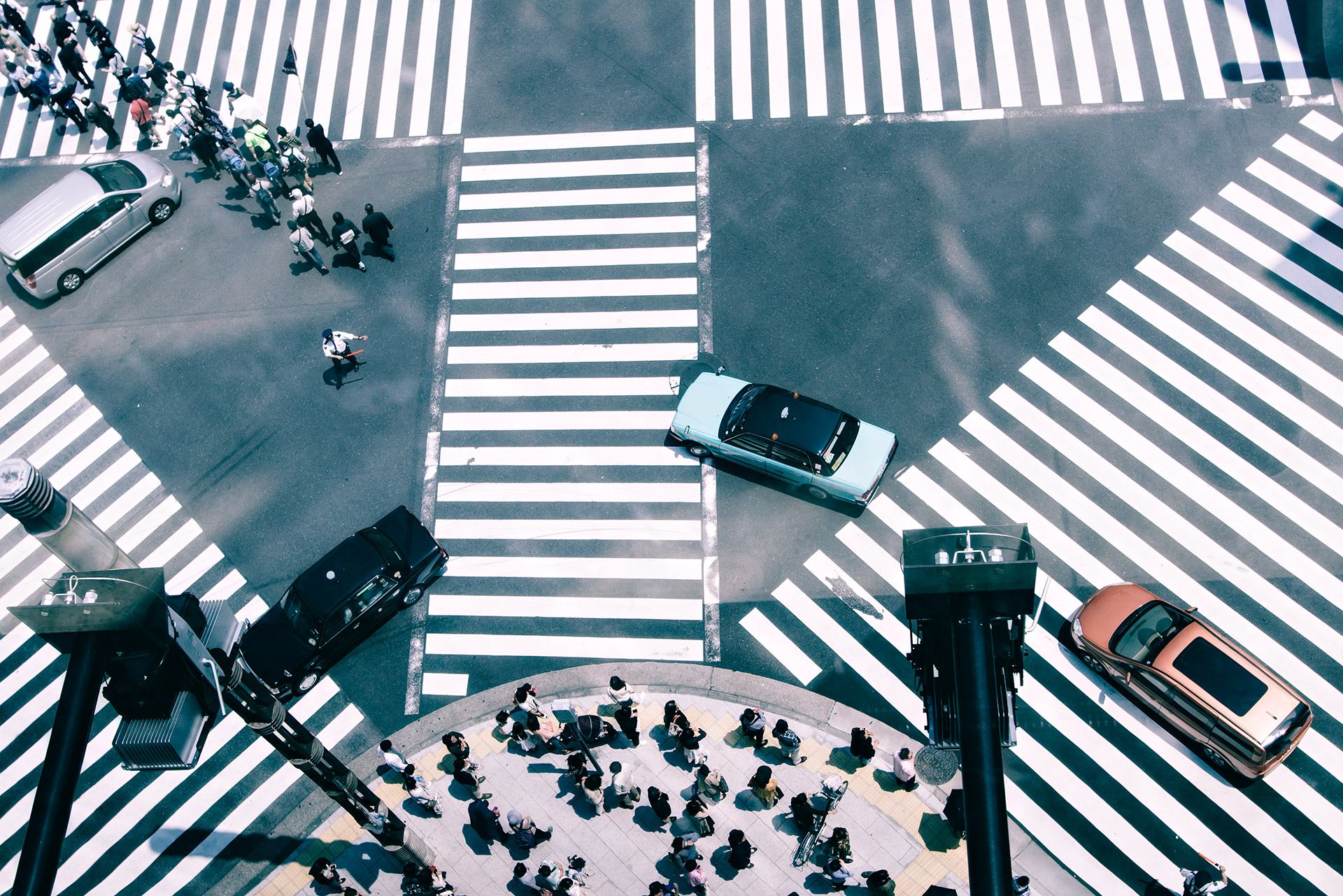 A busy intersection close to Ginza

One thing I particularly loved about Tokyo is the Japanese attitude towards people on bicycles.

Driving against one-way streets, driving on busy pedestrian ways, making wild, sudden U-turns on six-lane streets – all OK. No lights on the bike, no helmet, no rules – All good.

It’s not that I say this because I got away doing so. No, this is how the Japanese bikers do. And as we all know: ‘when in Rome, do as the Romans’.

Bikers of the world unite and learn from the Japanese. Europe bikers, a revolution is what we need, not more stupid rules and regulations.

Anyway, I am digressing here. So some more impressions: 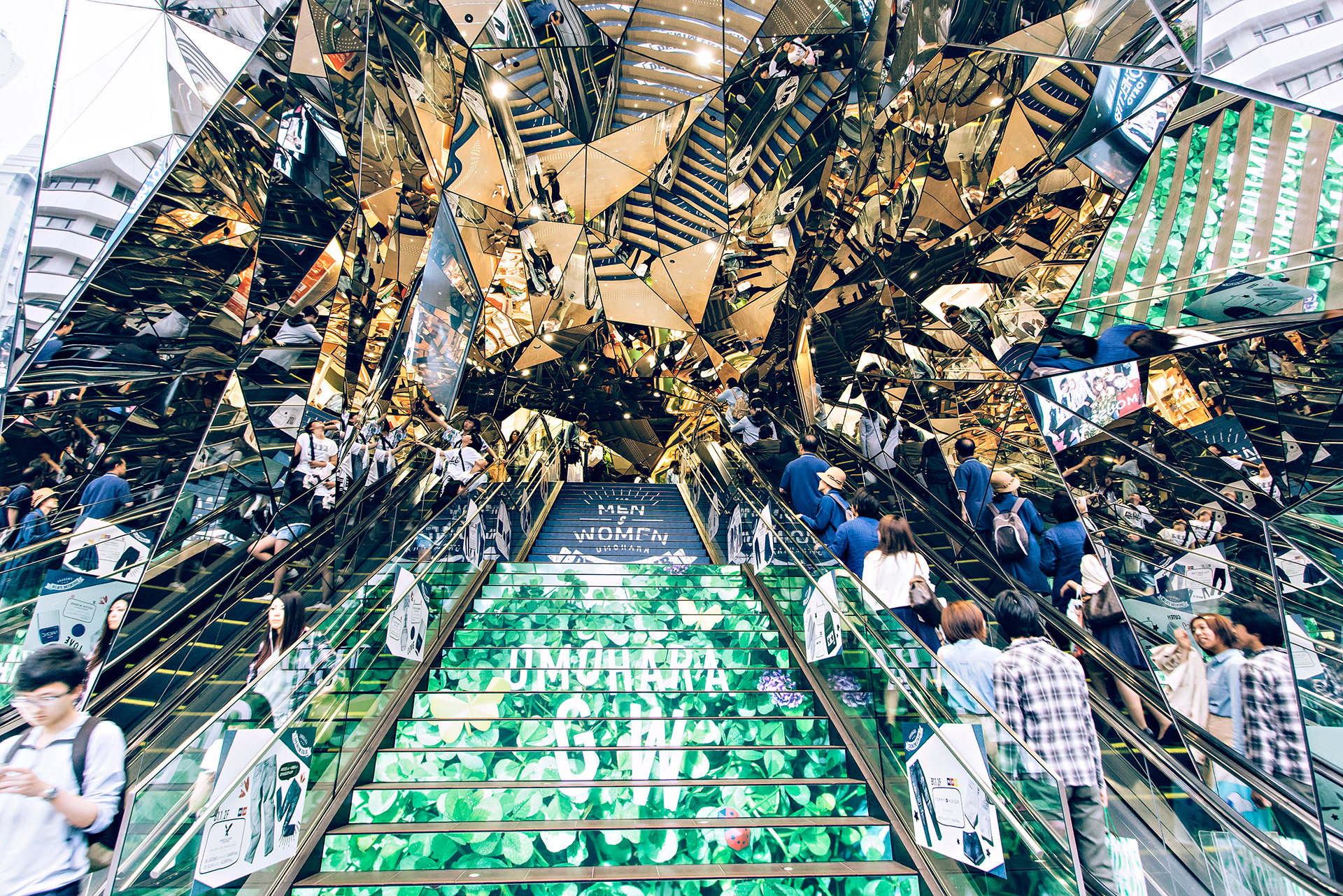 A few mirrors can go a long way…

No music – no life… who could argue with that ? 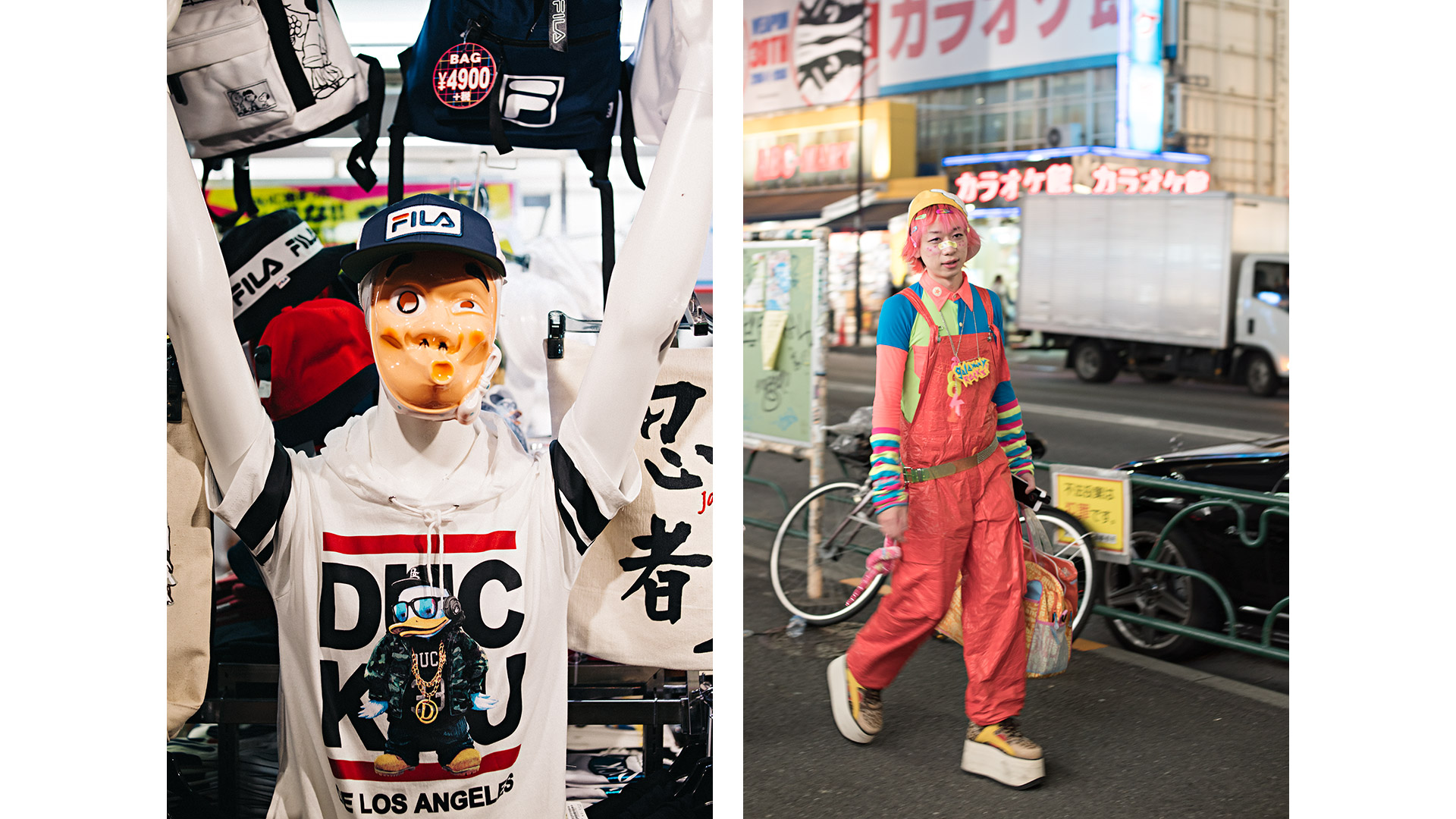 The ‘normalcy’ of Harajuku…

What I found most interesting are the contrasts between ultra-modernity and deeply rooted traditions. One moment driving among the highest skyscrapers I have seen in Jinjuku. And then amid those concrete giants, one can find small tranquil temples and shrines.
Loud, bright, fast, vibrant Harajuku contrasts with huge, beautiful parks.

Speaking of parks. Tokyo has lots of them. Yoyogi park being the biggest and most ‘famous’ among them.

But in terms of beauty and ‘Japanese-ness’ the botanical gardens of Jinjuku were my favorite. This wonderful park has three distinctly different areas. An English garden, a ‘wild garden’ and a Japanese garden. Among those, the Japanese garden was my favorite. 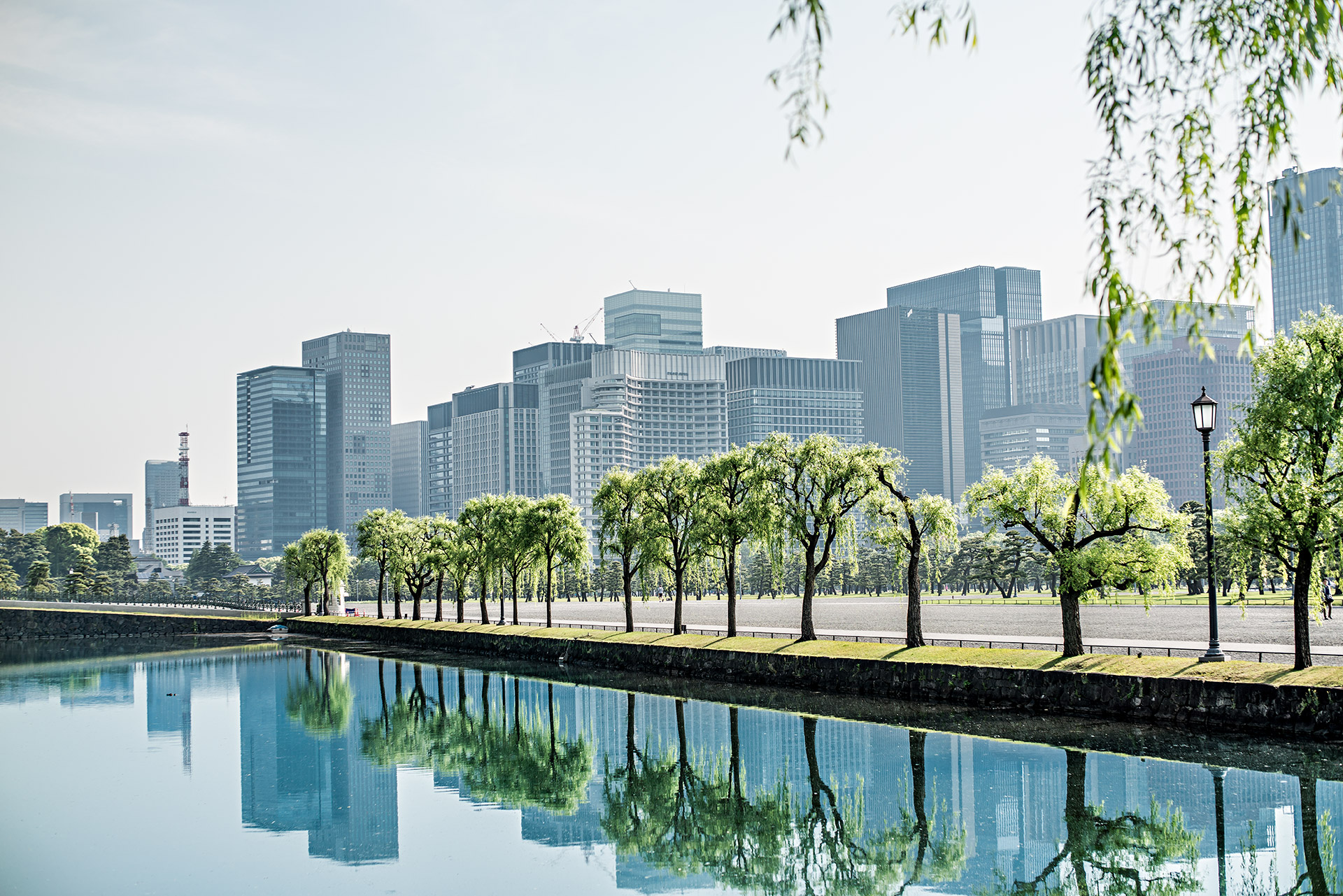 one of many, many skylines of Tokyo 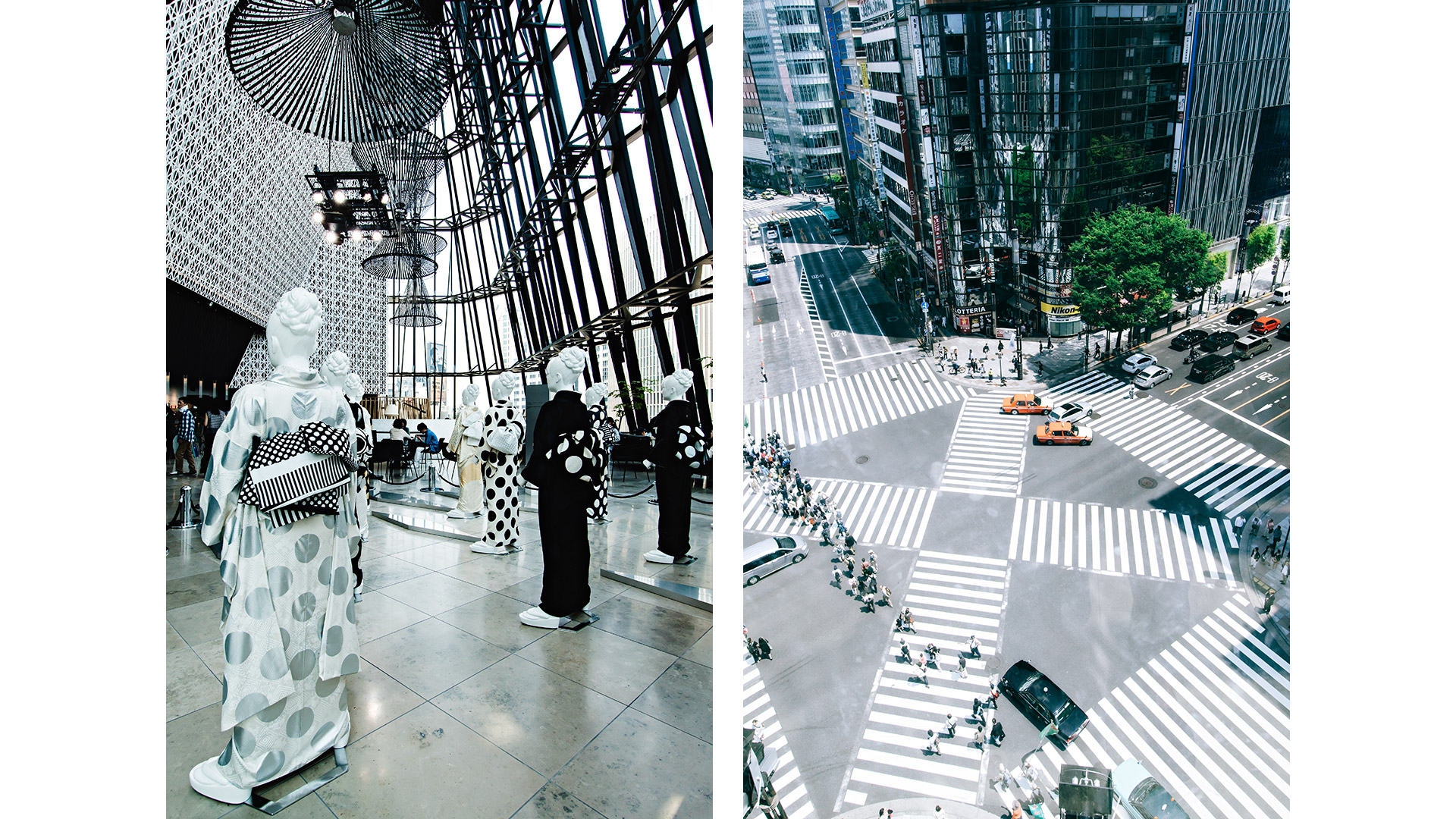 Just another beautiful day in Tokyo

The Japanese certainly love their hats

On the streets of Shibuya 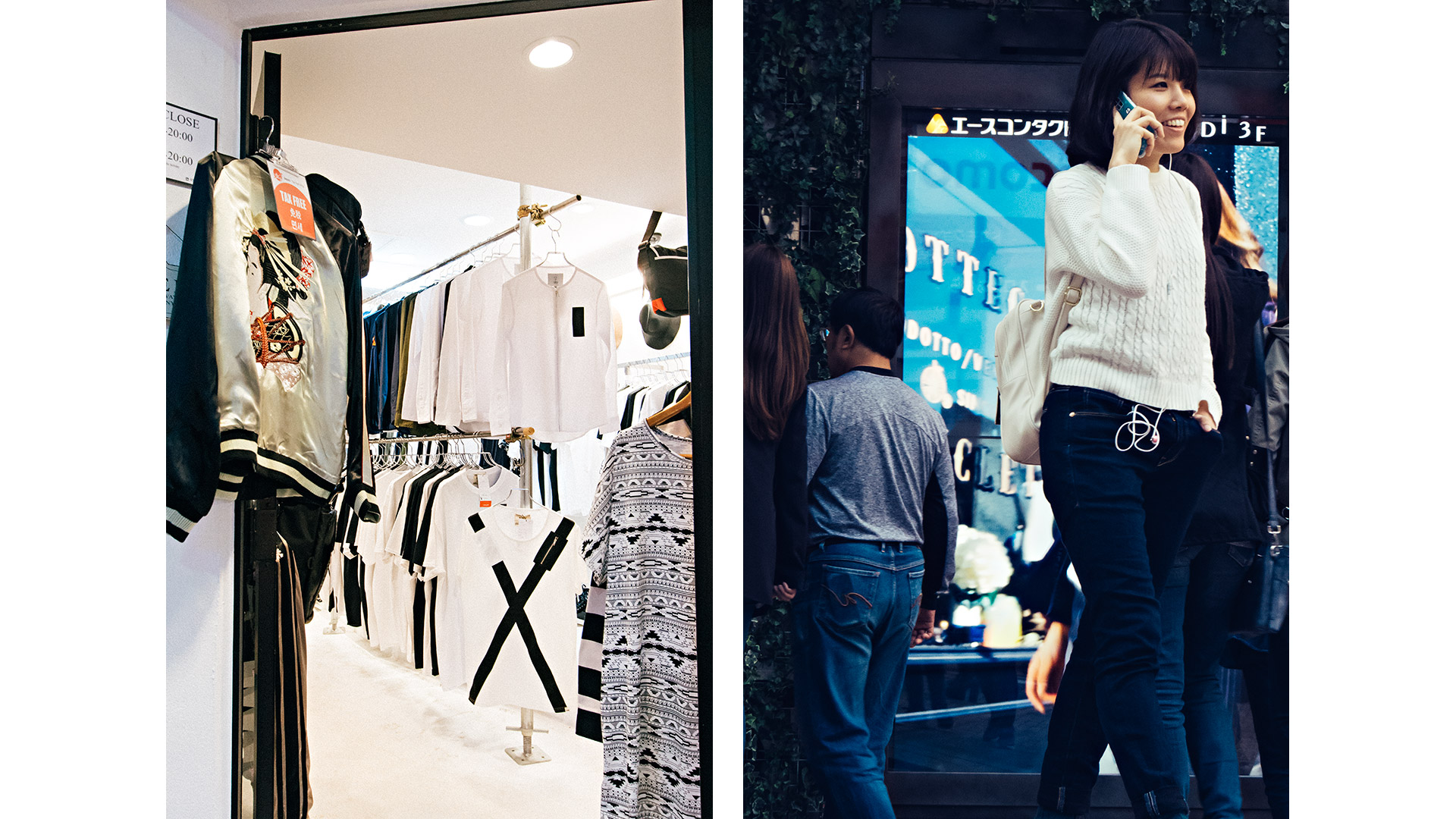 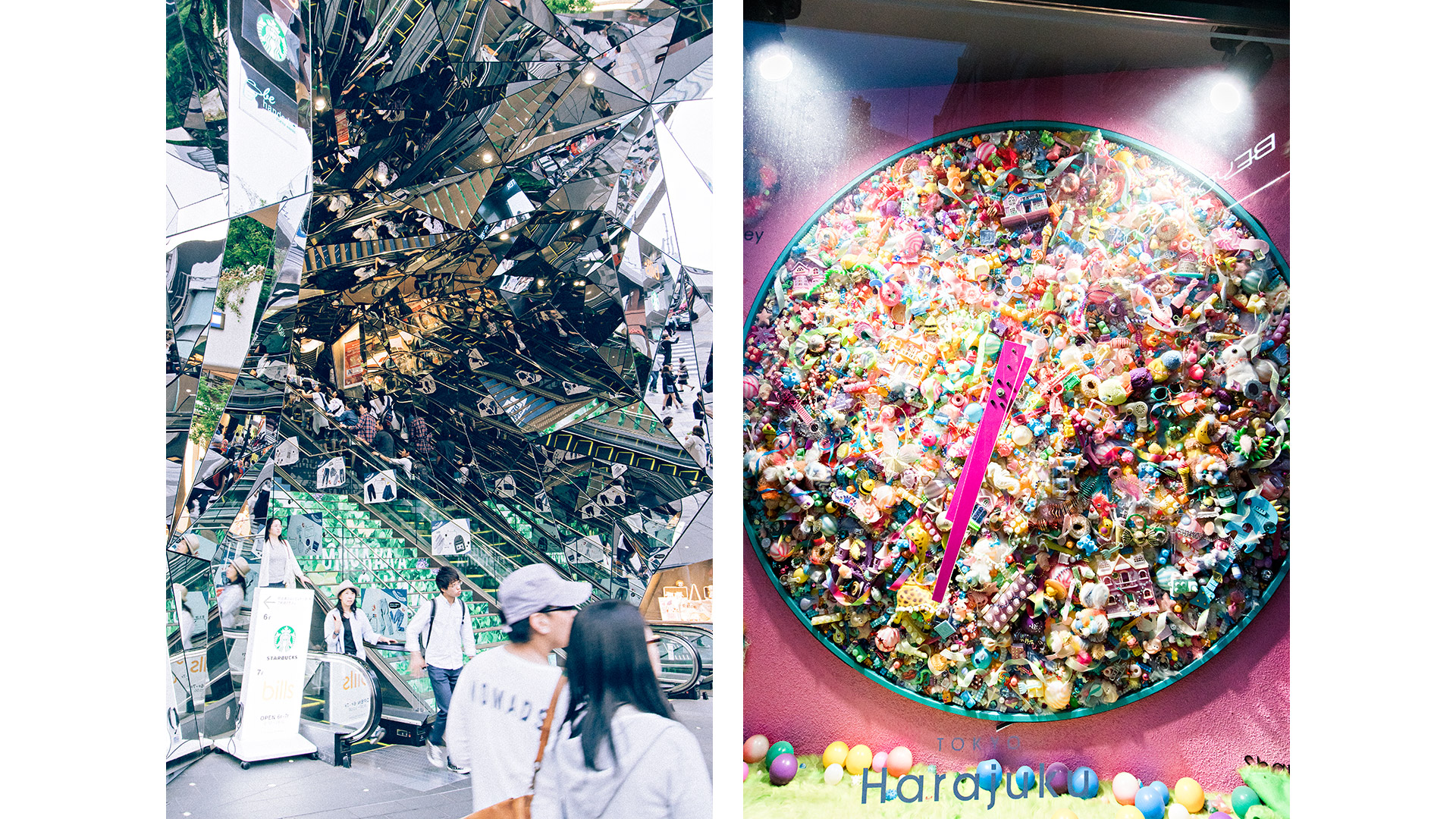 Everything is so pink around here…

and a bit too sweet for my taste…

Tokyo is full-on and there is no particular gear that I would recommend. Bring all you got ! And definitely bring a lens that can go as wide as 24 or wider.

I had my Canon EF-S 12-20 with me which I mounted with a Metabones  adapter onto my Sony @7 R II. I also brought my Mitakon 50 / 0.95. And after the huge success of my Canon SH-X 50 in Vietnam I had brought this puppy with me again and used it quite a lot.

However, both the manual focus Mitakon and the very slowly focusing Canon SH-X 50 were less optimal because Tokyo is too fast. Everything happens here within the blink of an eye.

Tokyo is not a beautiful city, but there is a lot of beauty to be found and discovered. So to those who are willing to look and wander about Tokyo is certainly full of photographic oportunities and surprises.

A fellow photographer asked me whether I got to see the cherry blossom or Sakura in Tokyo. I was 2 or 3 weeks to late for that. But guess what. I could not care less because I am certainly not interested in exploiting photographic opportunities that have been photographed to death and beyond. Those who know my work will recognize that I am not a ‘me-too’ photographer.

My favorite park in Tokyo 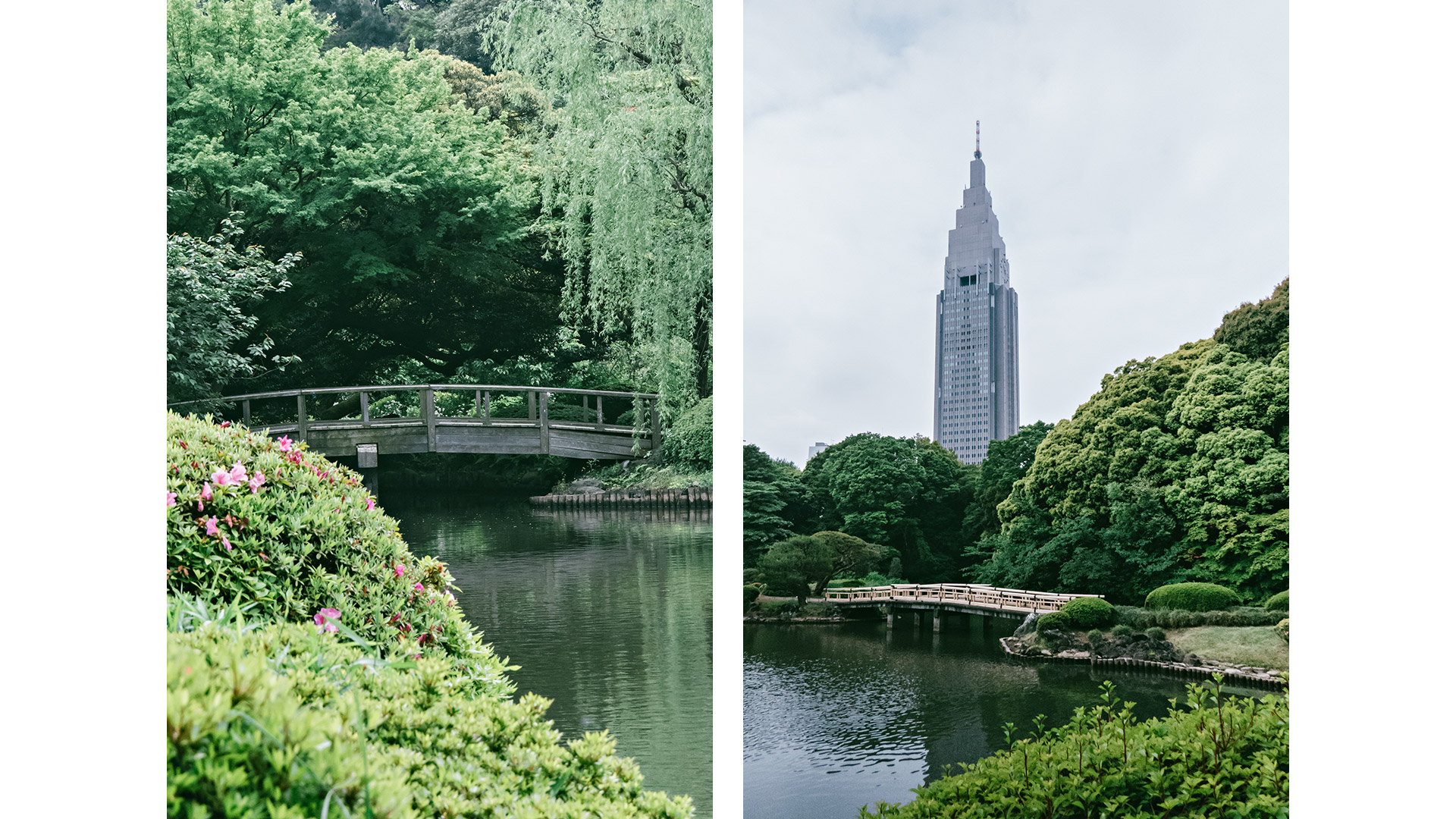 The Botanical gardens in Shinjuku

I have also come to the conclusion that Tokyo would be a great place for a family vacation and has plenty of attractions for my 8-year-old daughter. What more reason (or excuse) do I need to return to Tokyo for some more… .

P.S.: If you Dear reader ever come to Tokyo and need a nice and affordable place to stay I can highly recommend the airbnb host Yopie, who has several lovely apartments in excellent locations. Check him out !