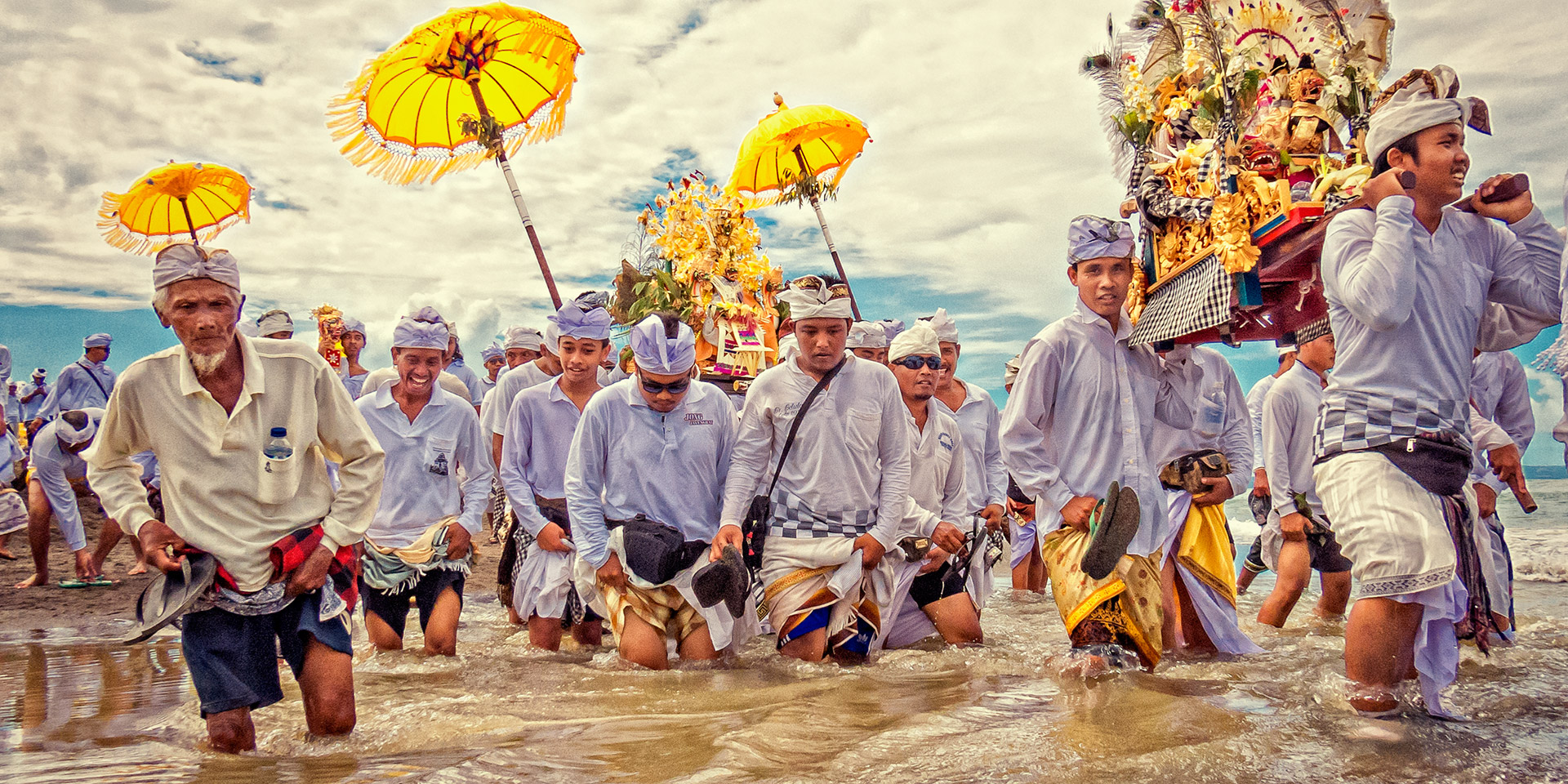 As a photographer, I am deeply fascinated by Balinese culture, and I always look forward to the Melasti proceedings which are taking place in the days leading up to the Balinese New Year.

During Melasti, you can witness Balinese culture at its finest (and most colorful). Village by village the Balinese people gather and flock to the beaches and carry out a religious festival of great importance.

During Melasti the whole island of gods, as Bali is often referred to, turns into a festive mood.
The Balinese people carry out a cleansing and purification ceremony known as Melasti.

But before we delve deeper into what Melasti is let me share some photographs of Melasti ceremonies with you first. 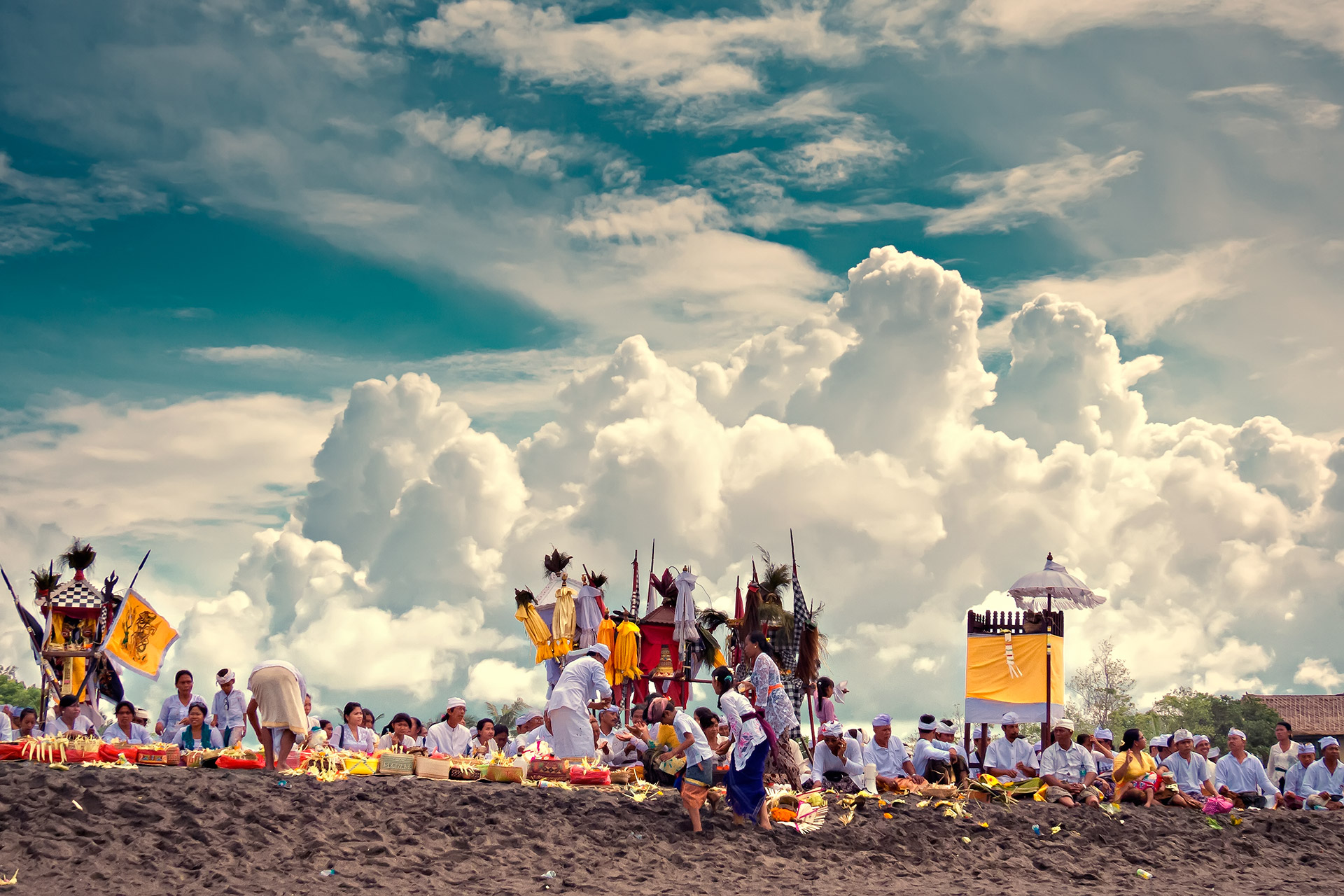 Getting ready for Melasti ceremony 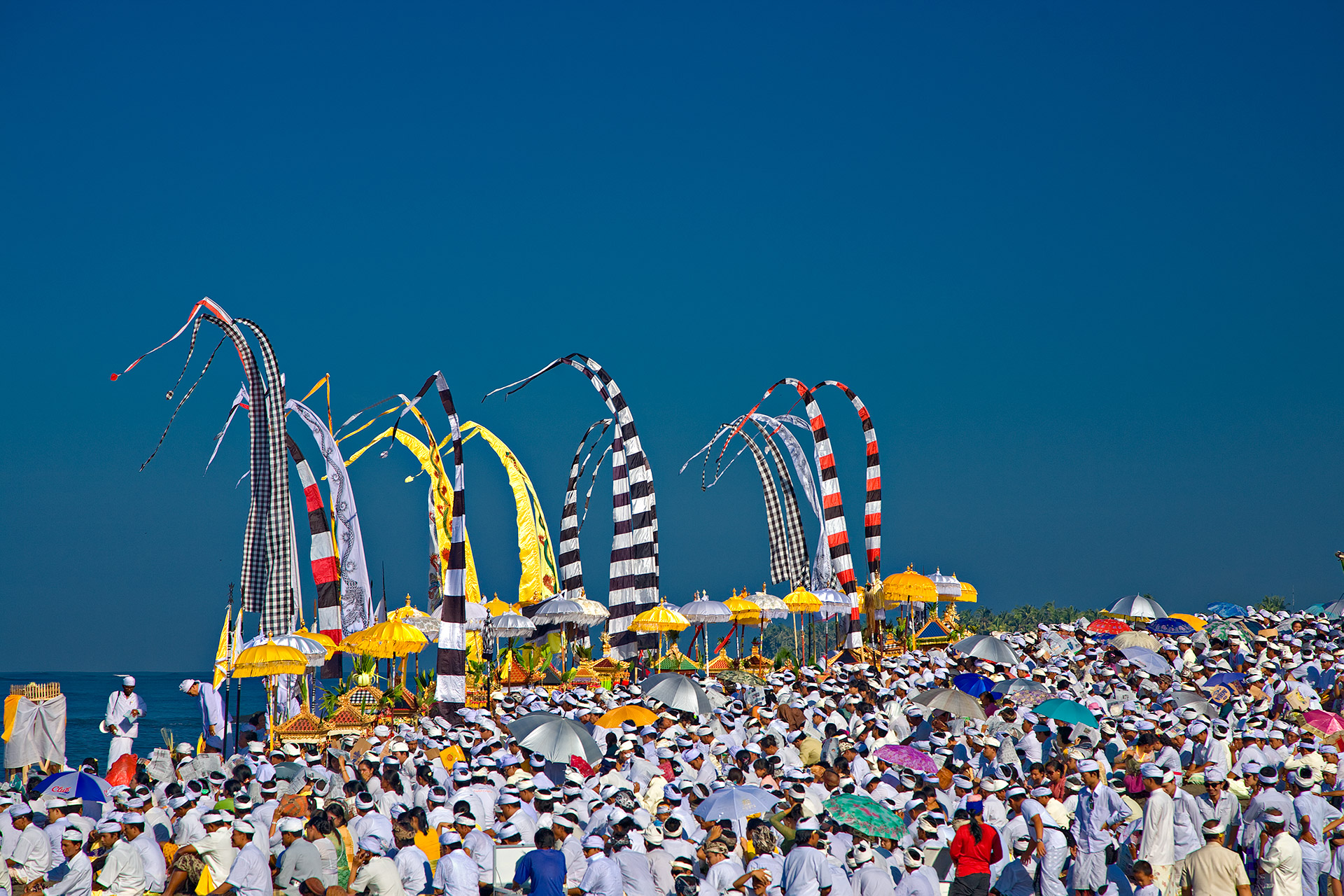 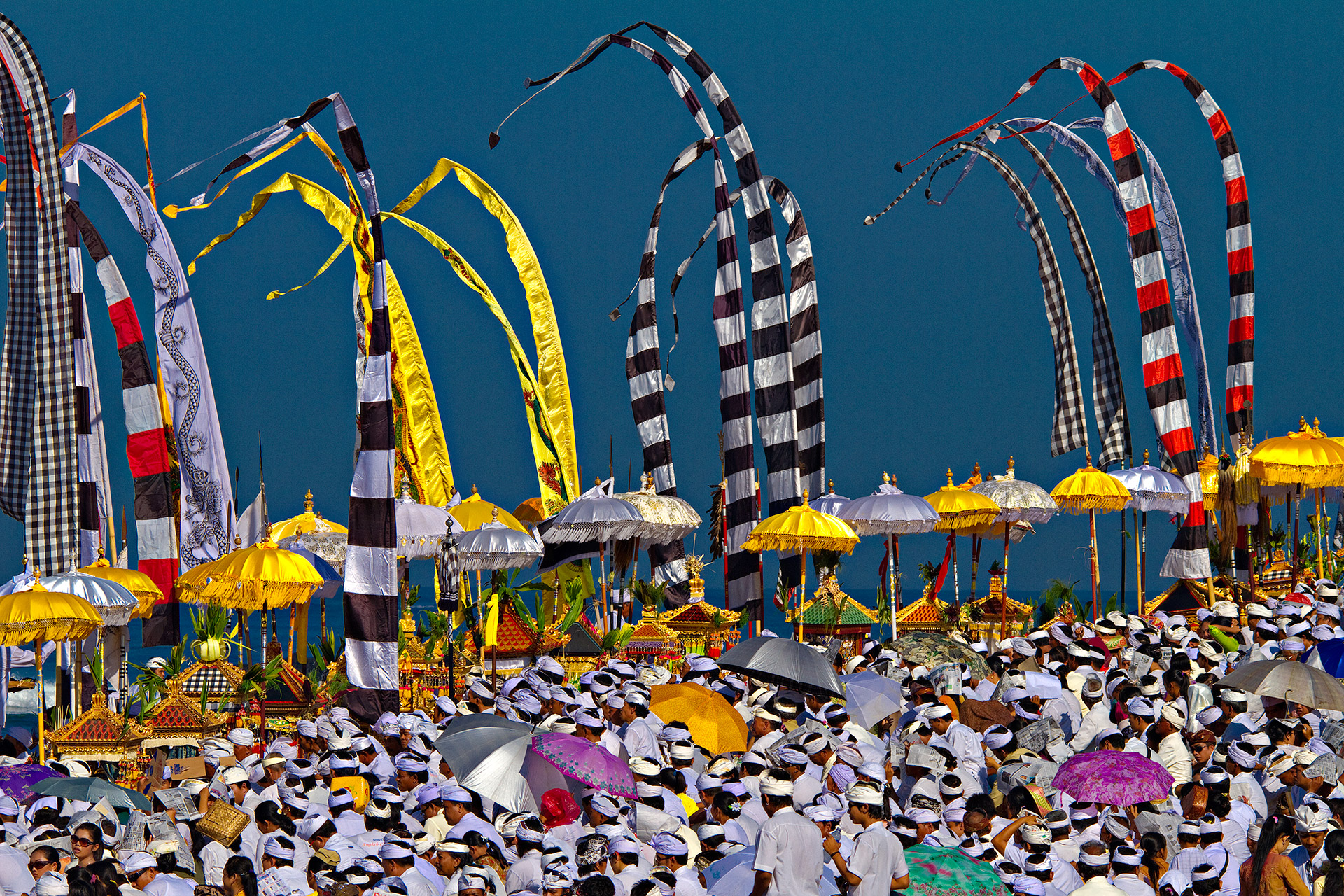 that is why I call this the colors of Bali 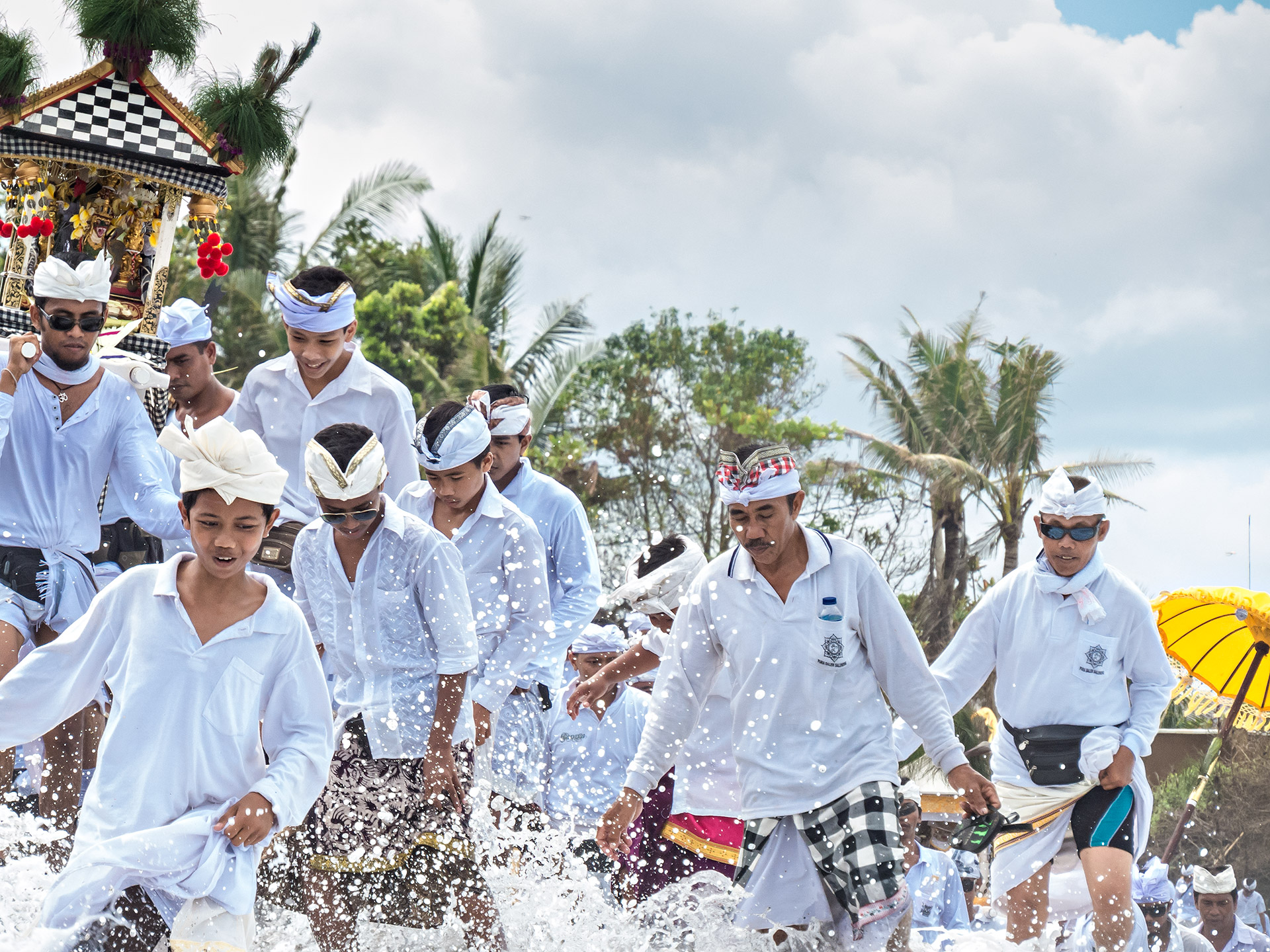 Carrying effigies to the water

Melasti is always close to the water

According to Wikipedia: “Melasti was meant as the ritual to cleanse the world from all the filth of sin and bad karma, through the symbolic act of acquiring the Tirta Amerta, “the water of life.”

Water plays a very prominent role in Balinese believes not only for cleansing & purification but as a source of life.

Sacred objects from the village temple such as swords, Barongs and others are brought to the beach for a ‘washing’ ritual.

Balinese prayer flags also known as Umbul-Umbul are erected on the beach making for a very beautiful setting.
Of course, the Balinese all come in their most beautiful, traditional dresses.

Often Melasti proceedings are accompanied by Gamelan music. But nowadays this is also all too often substituted by taped music.
During the actual Melasti ceremony prayers are said towards the ocean to appease the gods.

During those prayers, some Melasti participants can fall into a state of trance. Some devotees perform dance movements or even stab themselves with a traditional Balinese sword.

Devotees will carry the sacred objects which they have brought from their village temple and carry them to the water.
A symbolic dipping into the water of that object signifies the cleansing and purification. Objects not fit for dipping can be sprinkled by a few drops of seawater. 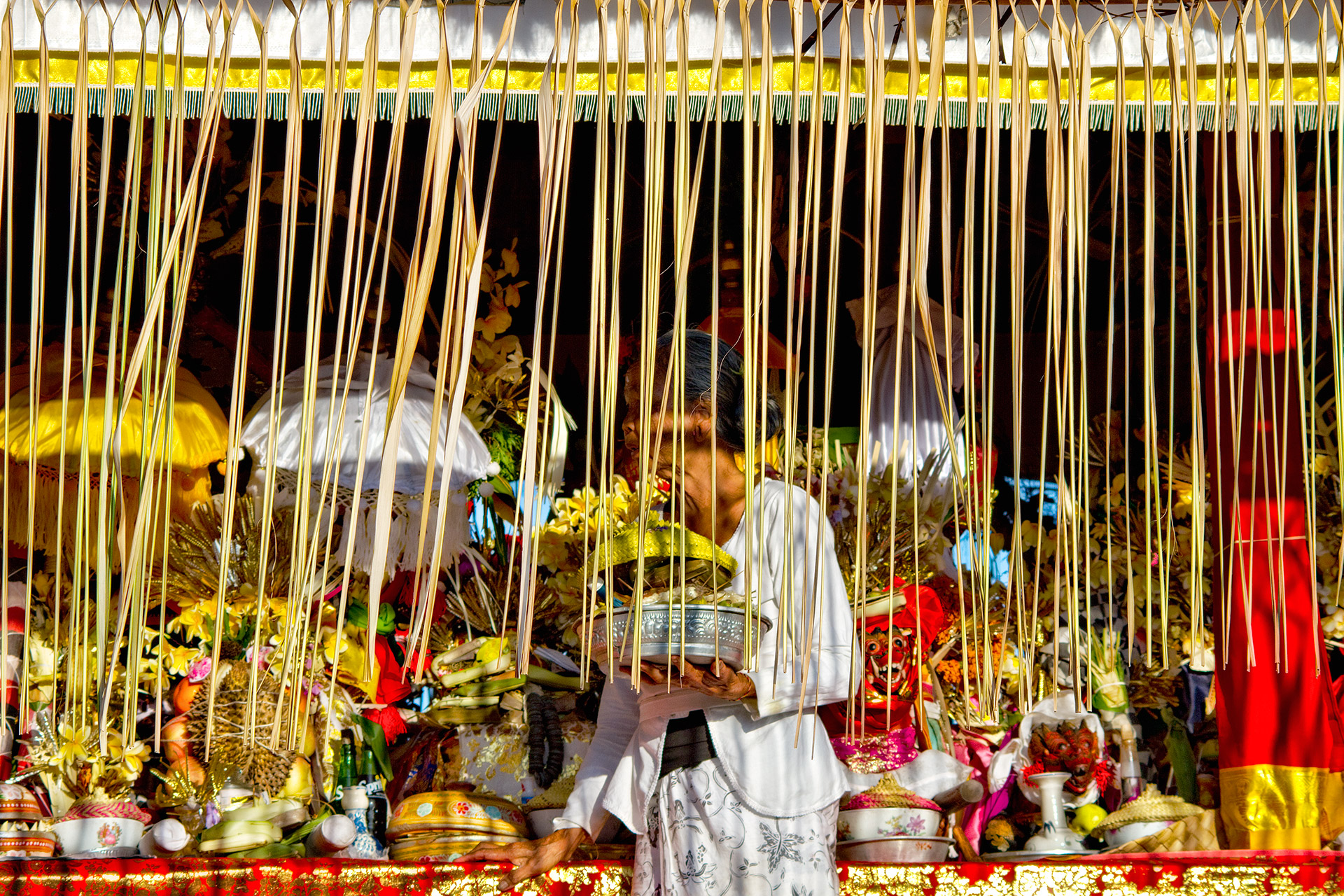 A Balinese woman preparing for Melasti at her village temple 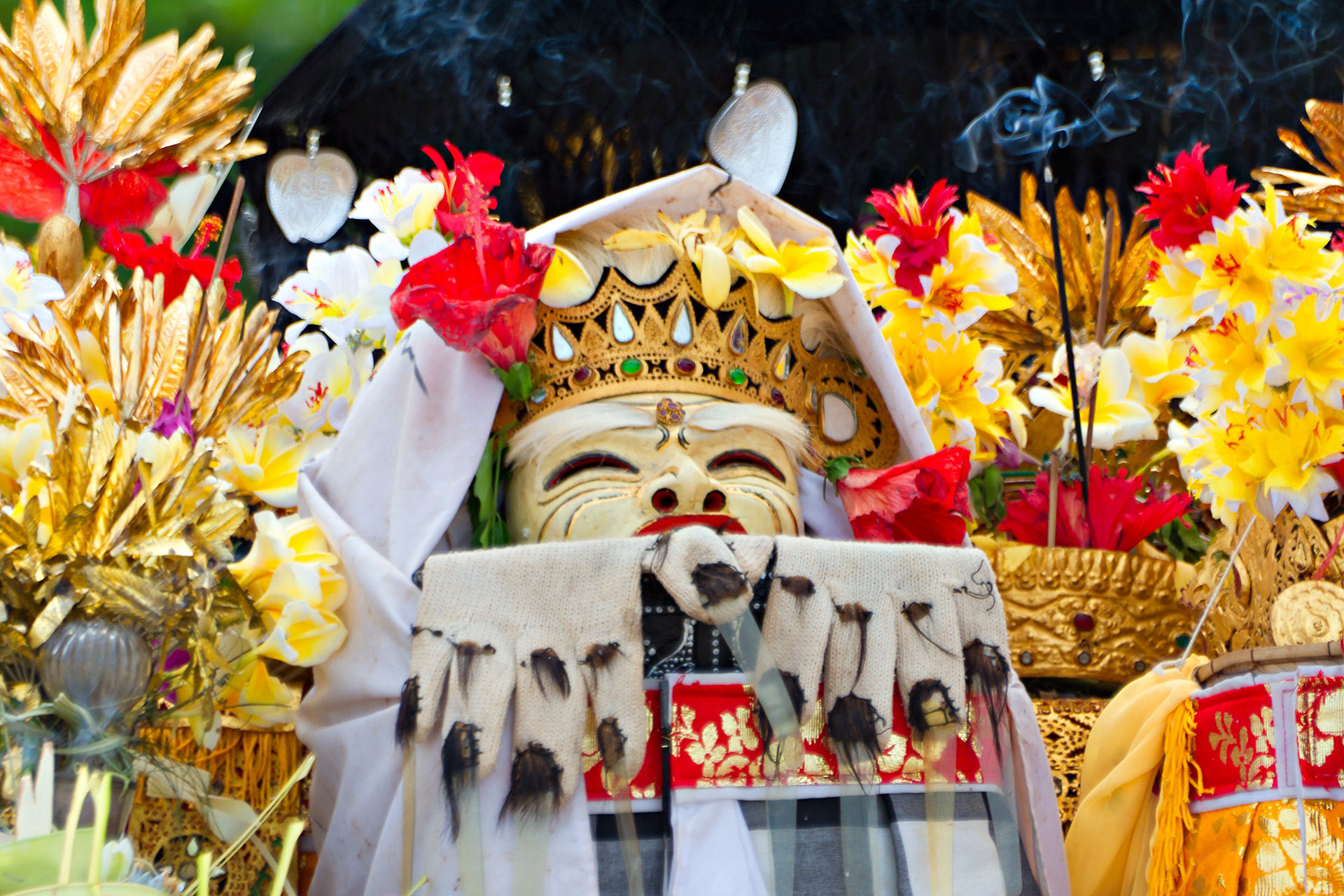 Holy objects from the temple 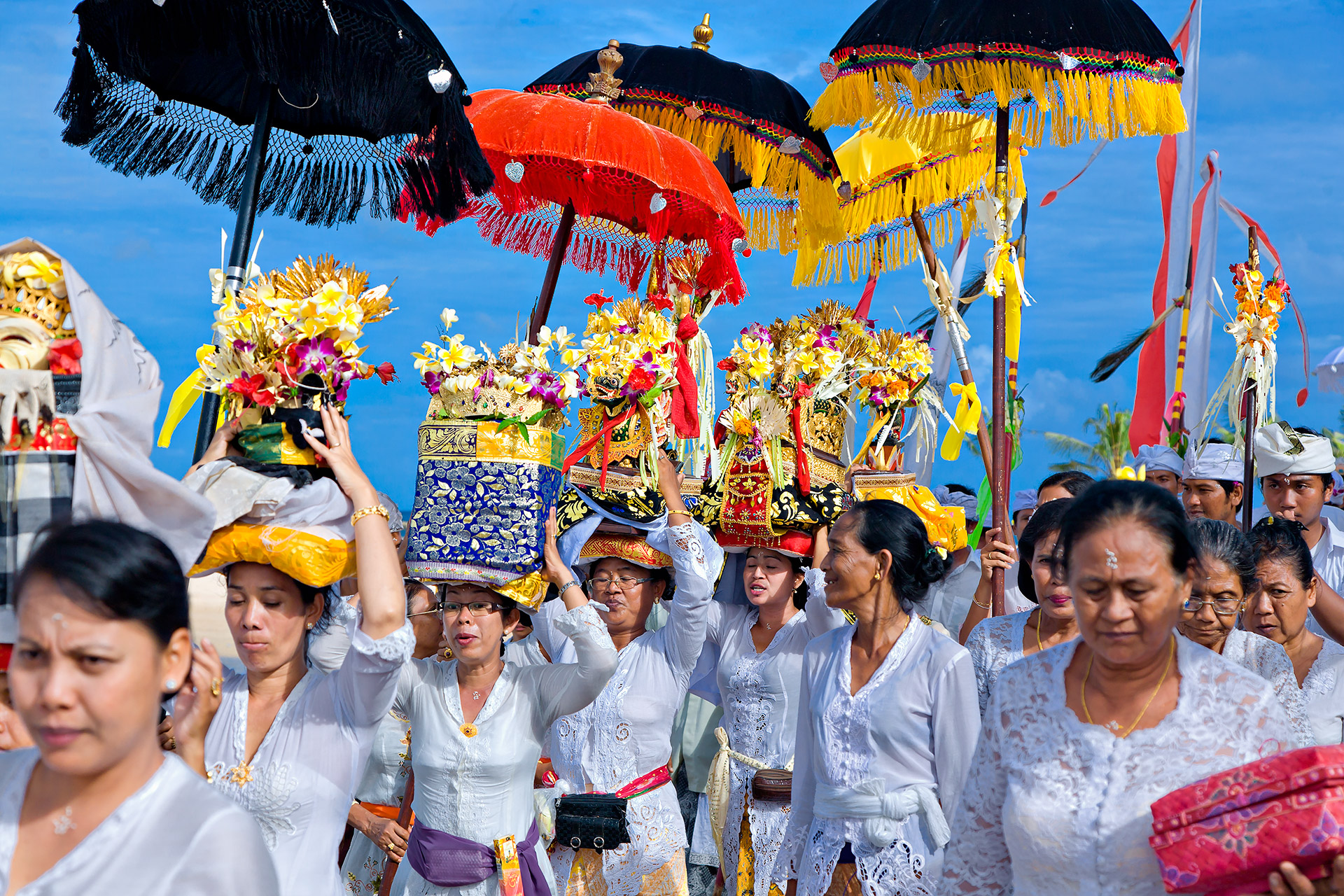 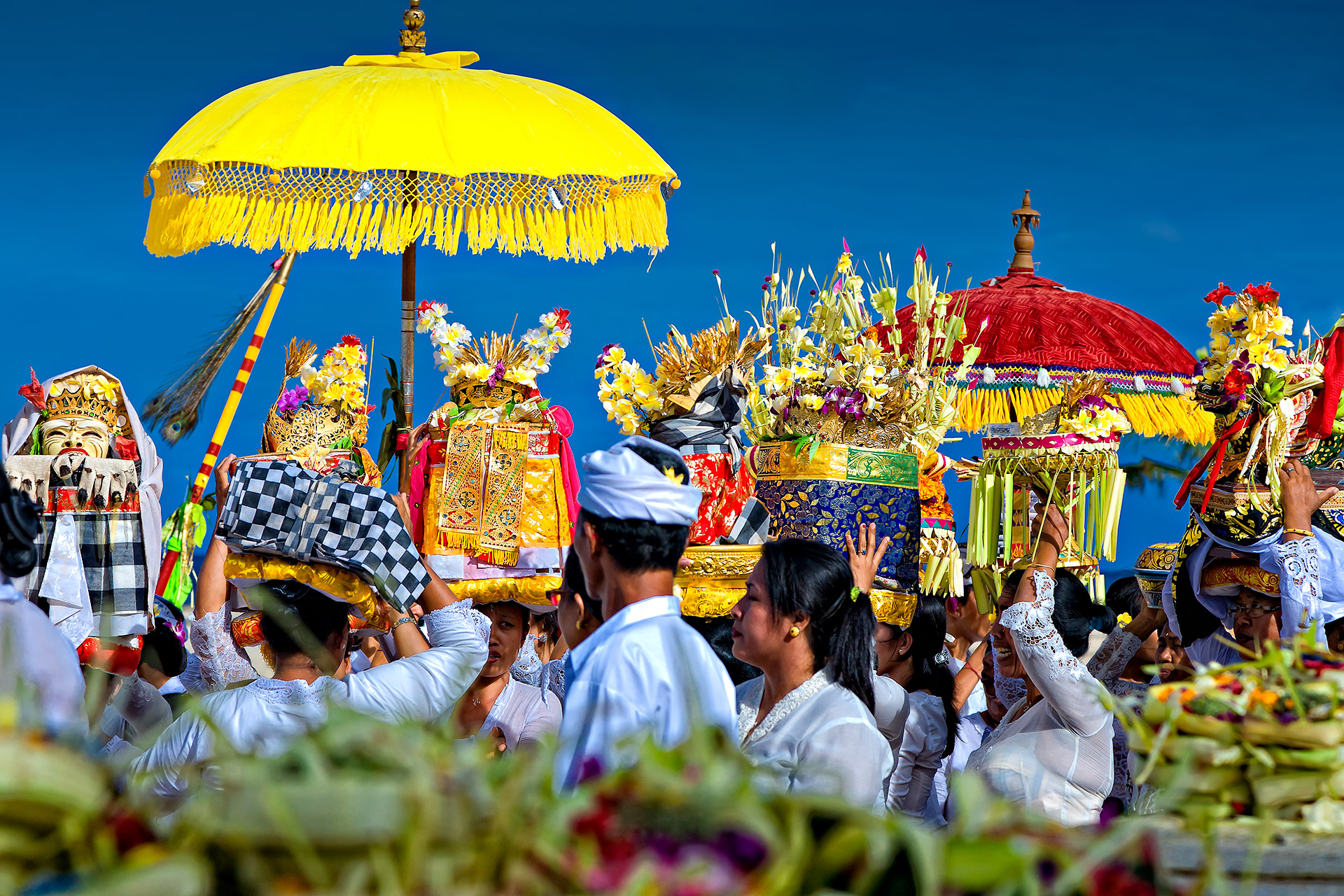 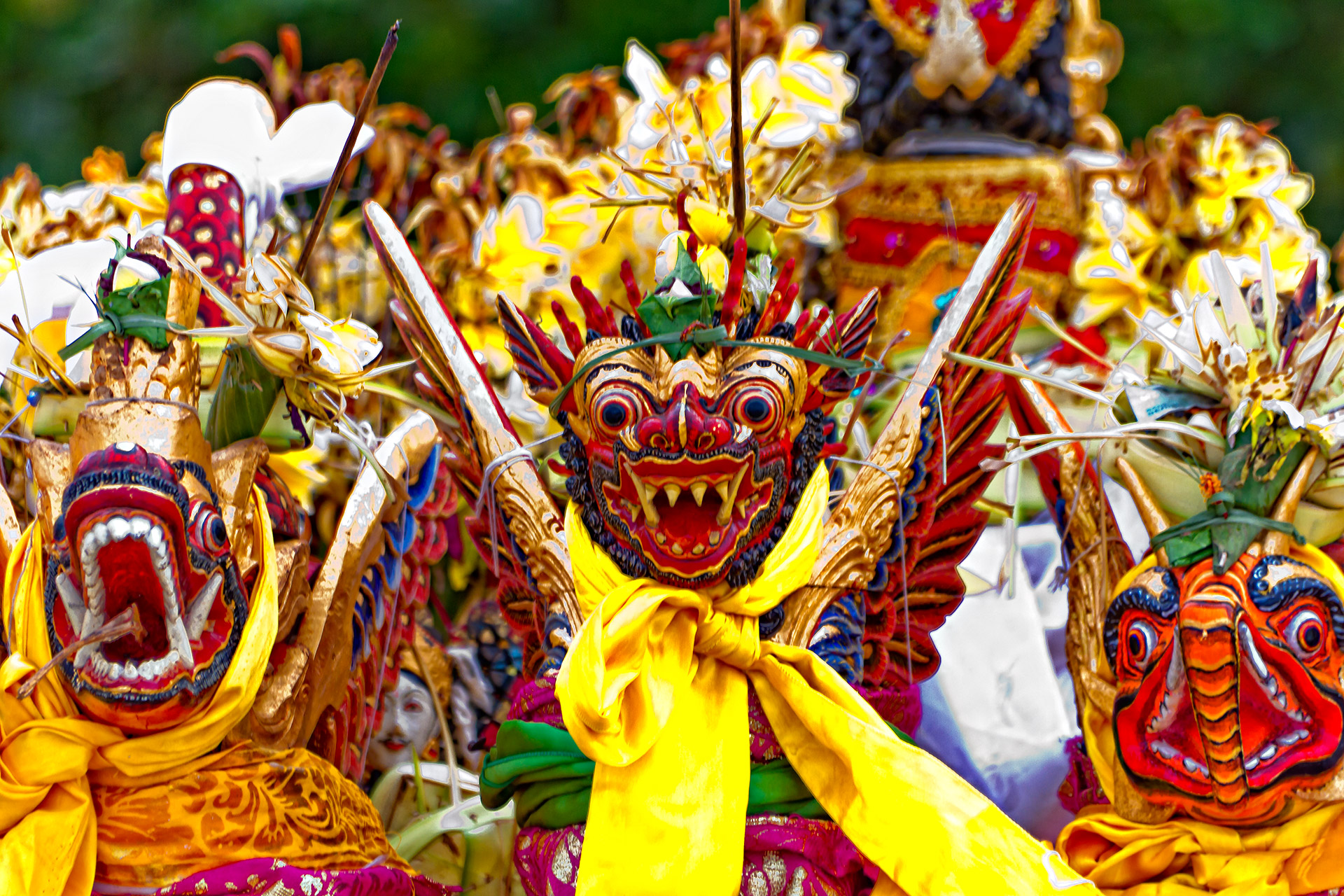 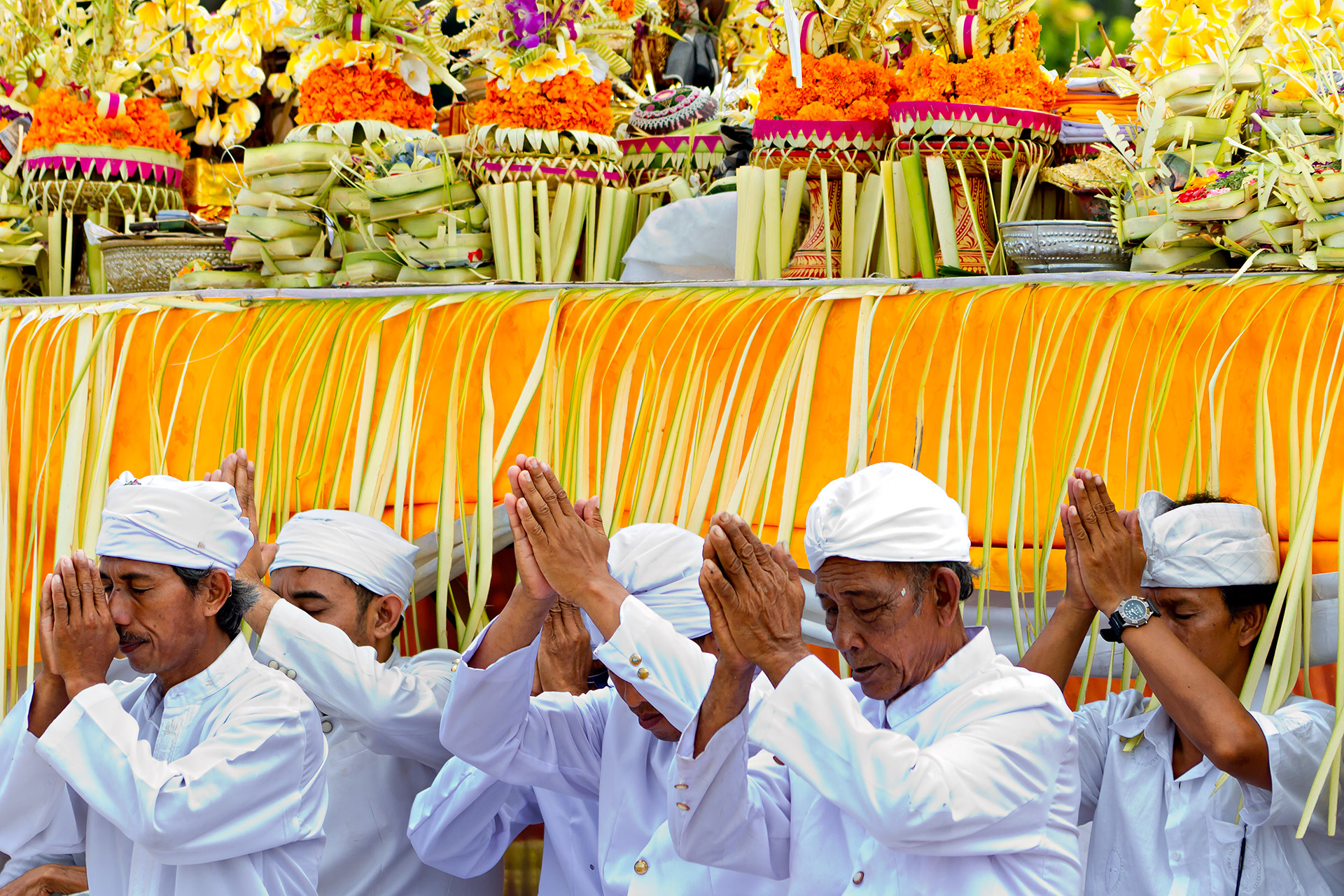 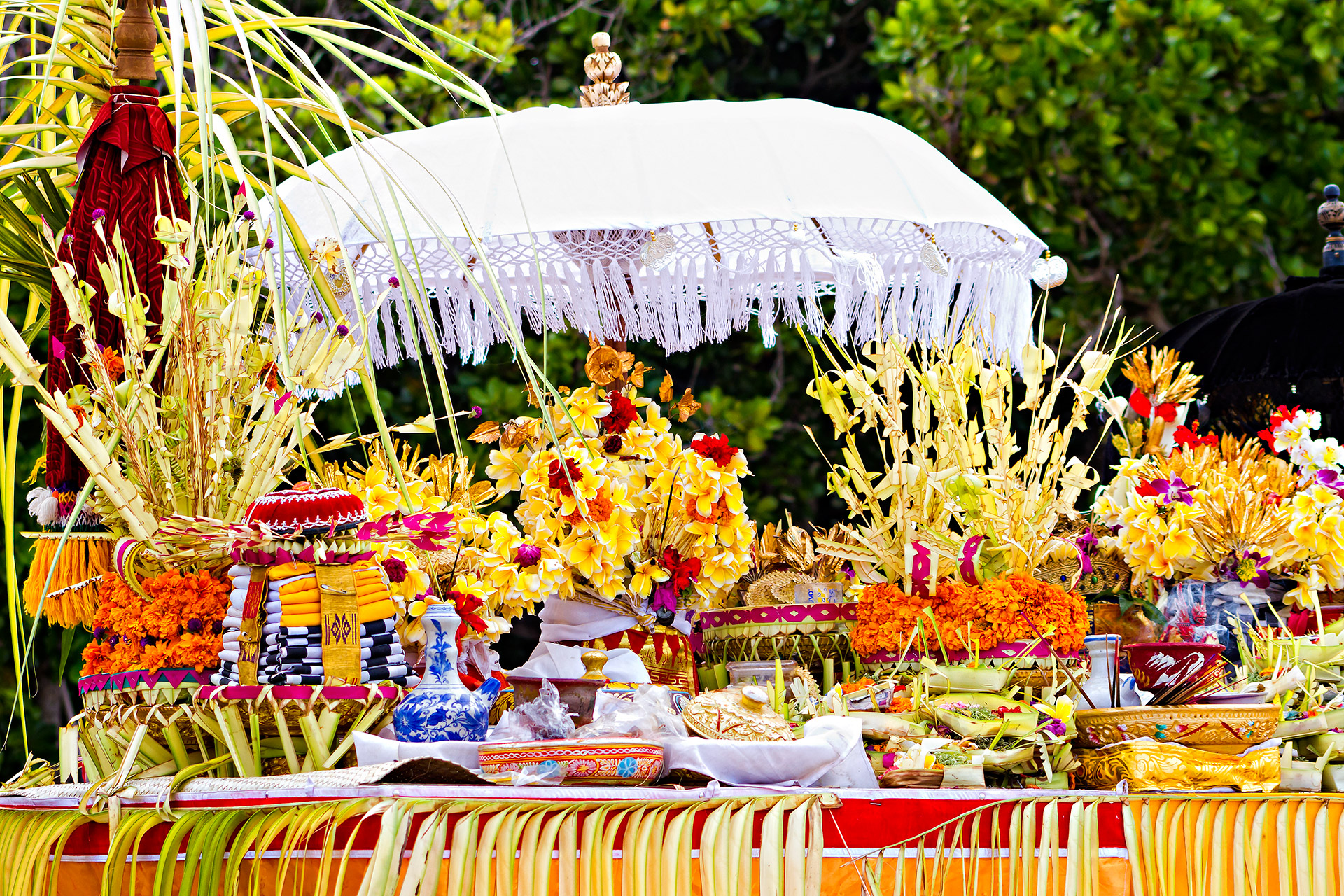 Melasti is a Must for every Balinese !

Balinese people will start their day very early in the morning getting ready for their big day. The whole village will gather and then make the journey to a designated beach.

Most families will come in their cars and on motorbikes. Also, trucks are filled up with people. On many streets and intersections, this can cause big traffic jams.

For every Balinese Hindu, it is a must to participate in Melasti. In some villages people who can’t make it even have to pay a fine to the village council for not attending.

Though most Balinese are looking forward to this big ceremony. Because Balinese people cherish the togetherness that this joyous occasion provides. Therefore, the Melasti celebration is not merely a religious duty but also plays a vital role in Balinese society.

On the sidelines street vendors also use the Melasti processions to make a buck selling food, drinks and even toys for children.

Melasti ceremonies start already during sunrise and go on until sunset and even beyond sunset. And it is happening all over Bali on many, many beaches.

Devotees carrying objects to the sea for cleansing during Melasti 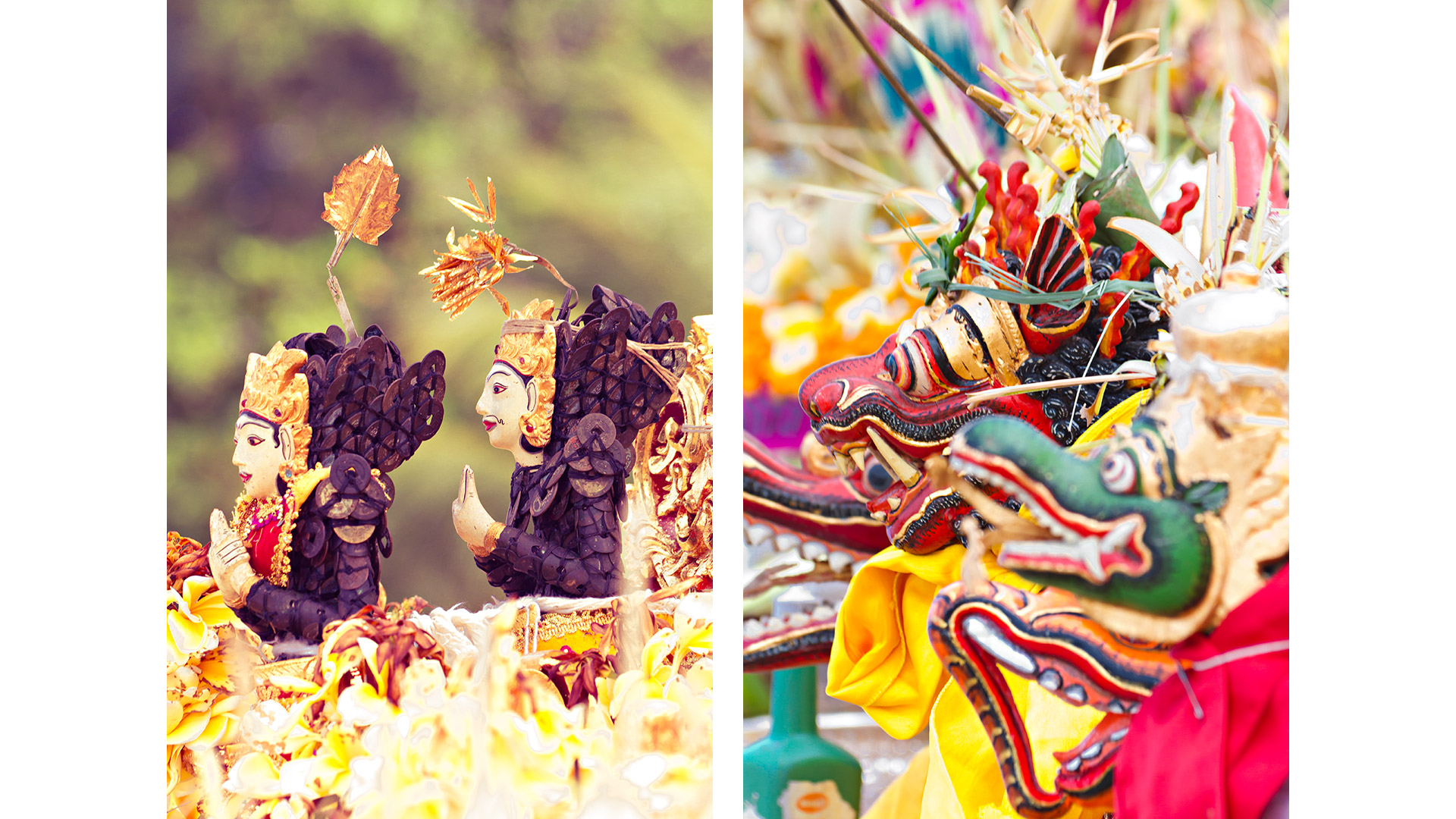 Close up of sacred objects prepared for Melasti ceremony 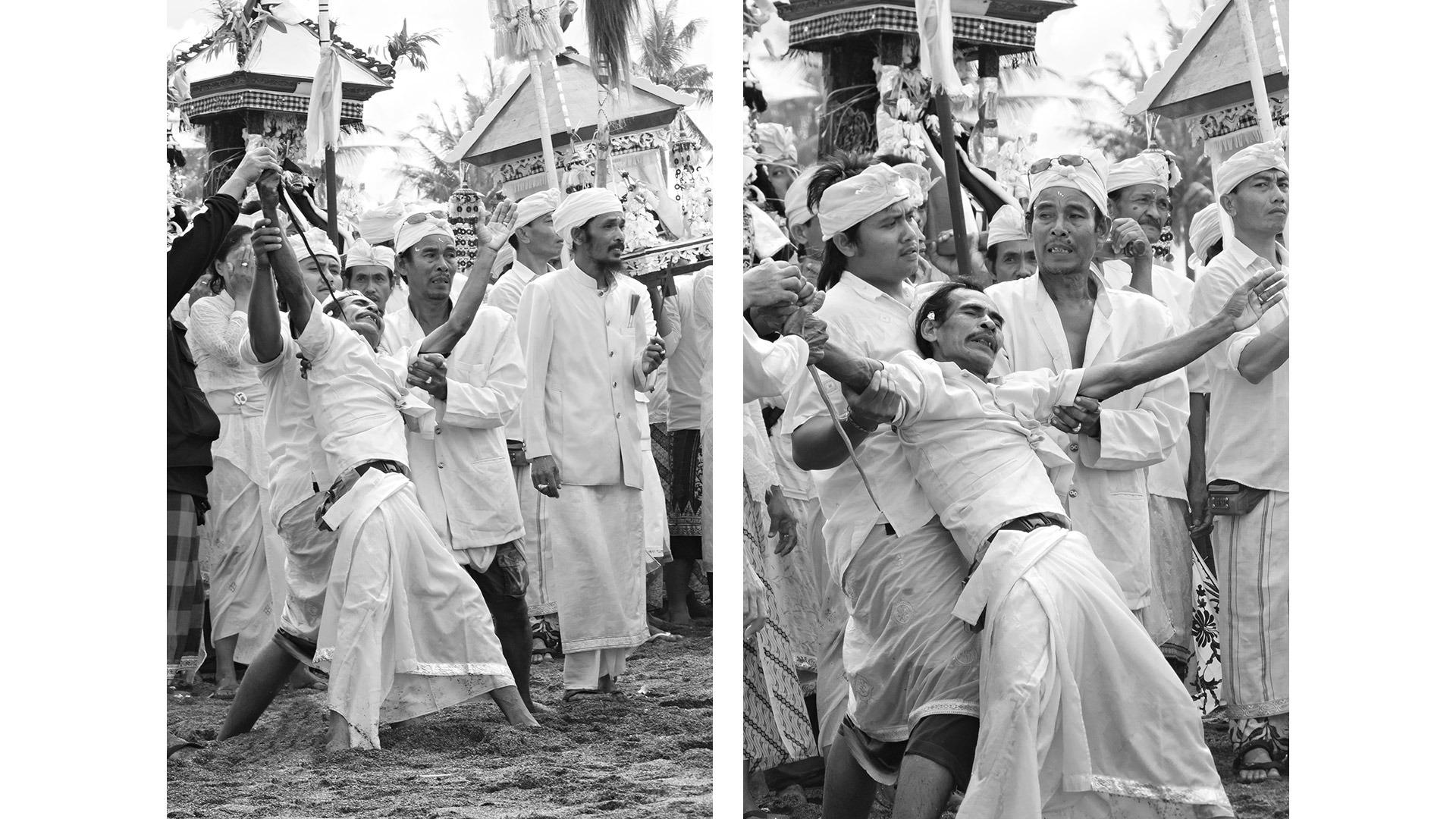 A man stabbing himself with sword during trance 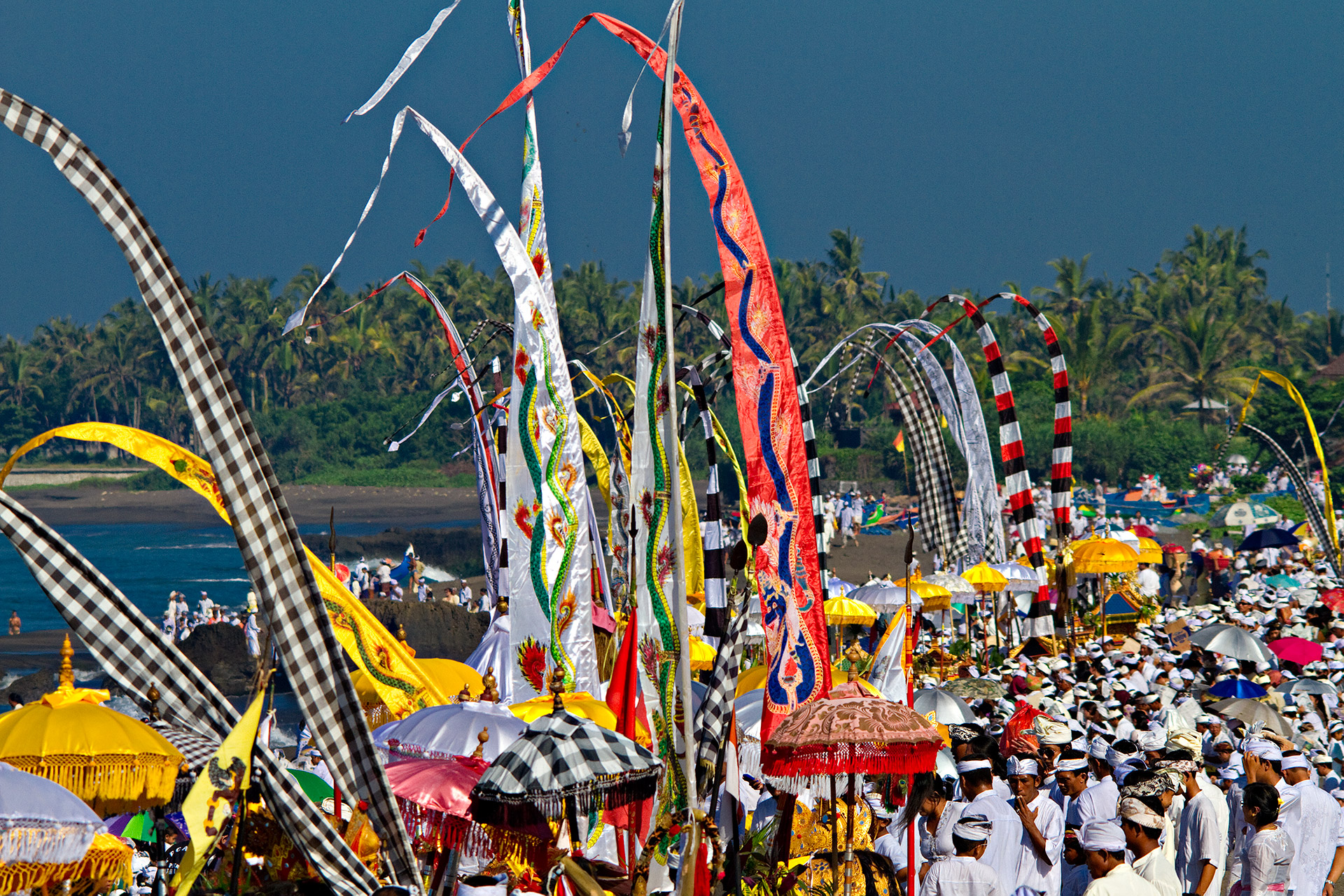 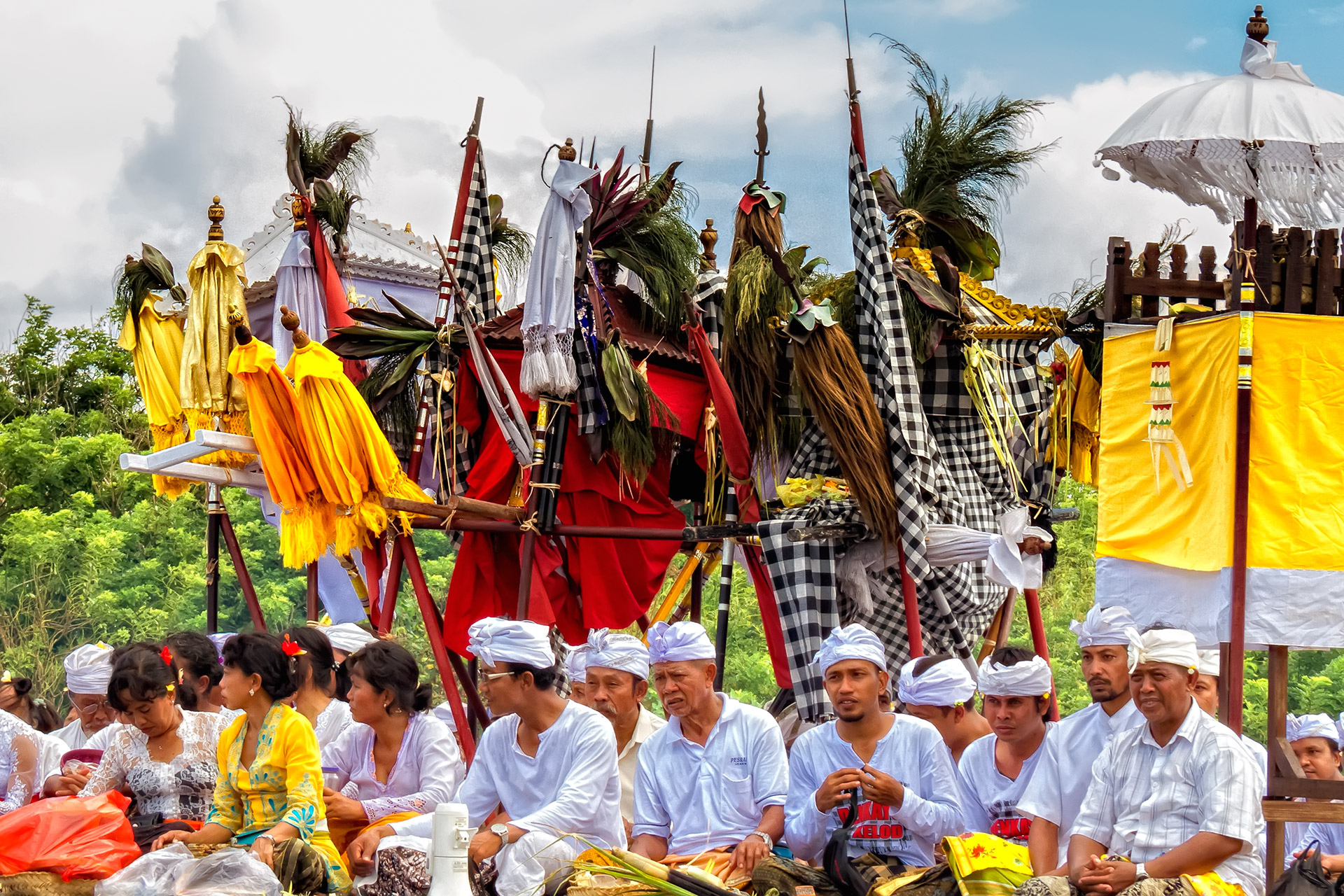 Saying prayers to the ocean during Melasti 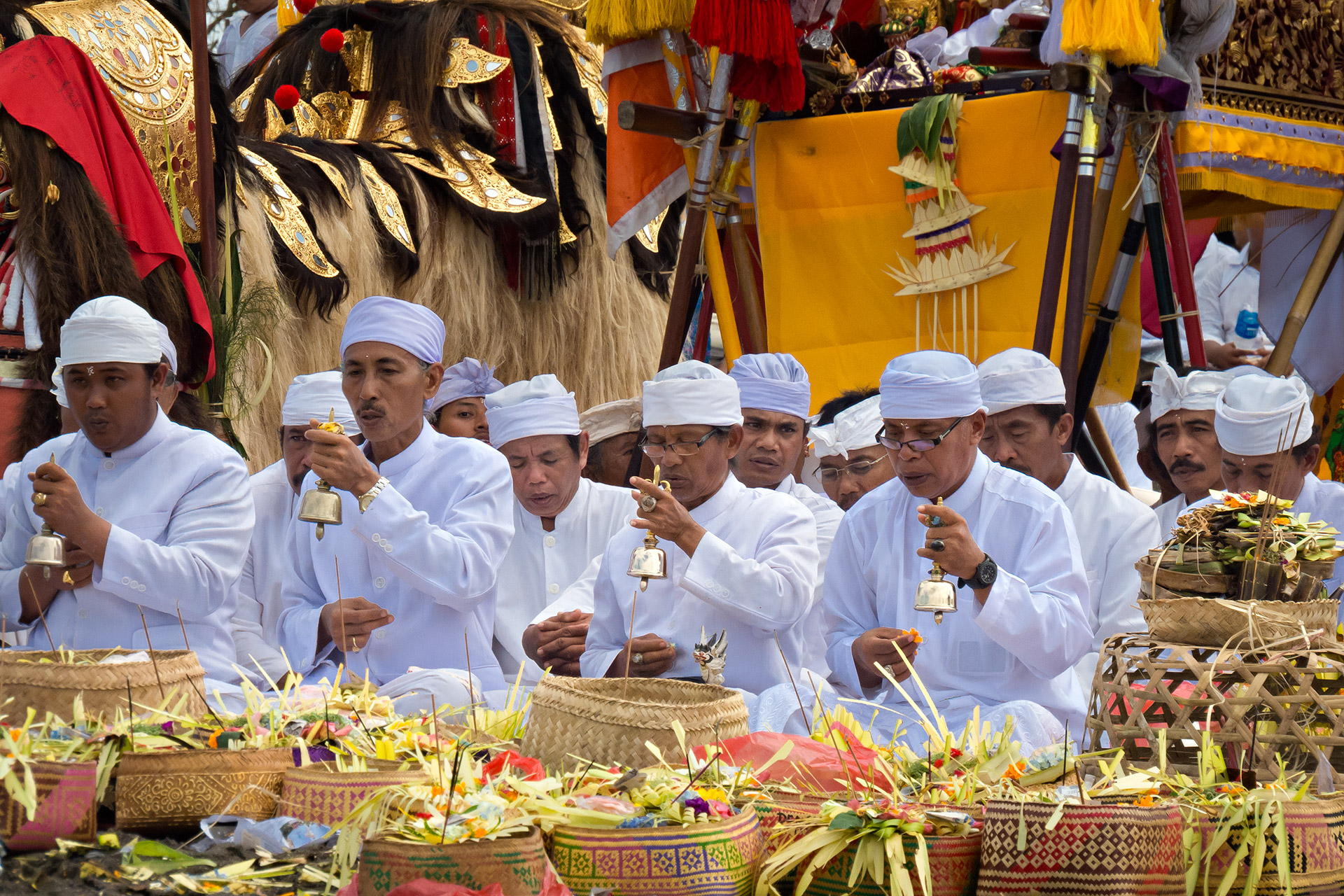 Melasti ceremonies are not only carried out in the days leading up to the Balinese New Year, but also during other important religious occasions which require cleansing and purification. A village temple’s anniversary is also an occasion for a Melasti ceremony.
An example of such a Melasti ceremony, which I have been privileged to be part of can be seen here (coming soon).

Melasti can be anywhere close to a source of water, such as a lake or a river bench.

Firstly, it is generally allowed and ok to witness Melasti proceedings. And to take photographs there.

There are certain guidelines though that you should follow:
You should be dressed in Balinese attire.
Keep your distance!!

I highly recommend that you are accompanied by a Balinese advising you on what is OK and what is not. For instance, you should never be too close or if you are close you should never be upstanding or in a higher position than another person. Especially if that person is a priest or someone engaged in prayer.

And there are many other small guidelines you may not be aware of.
Remember this is religious pursuit !

Equipment-wise, a tele or even an extra long tele lens are ideal. Some of the photos you see here I have taken with a 150 – 500 mm lens.

Go early. The first villages already arrive during sunrise. And it is cooler in the morning and the light is at its best.

Be prepared for longer waiting periods / traffic jams. Even motorbikes can get stuck in traffic.

During my last Melasti experience, I spend about 30 minutes in traffic for a stretch of road that I usually need only 3-5minutes for.

Bring or buy a lot to drink because it can get very hot if you are staying during day time hours.

Some sun protection can also be a very good idea.

DO NOT GO BY CAR !! The streets leading to the beaches where Melasti is carried out can become completely congested. Sometimes even unpassable. Often lengthy detours are set up to cope with the traffic that is caused by the Melasti processions.

I hope you have enjoyed exploring Melasti with me.

Other articles that will interest you 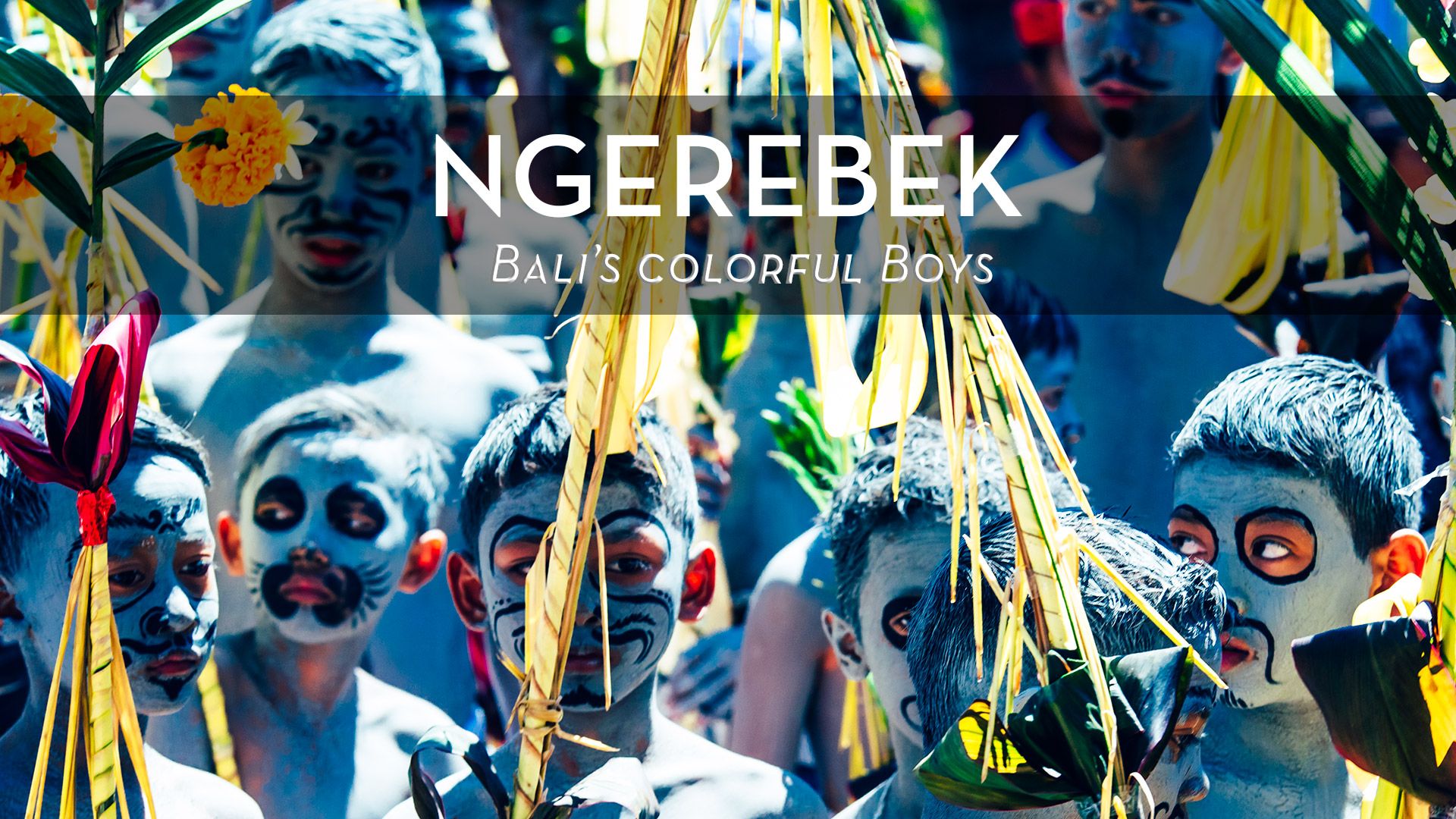 Ngerebek - the colorful boys of Bali

Once a year in the Balinese calendar the youth of an area in Gianyar regency come together in a temple to celebrate a ‘festival of Colors’ See the photographs of Ngerebek here. 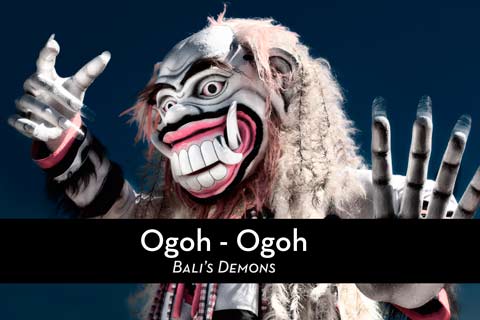 In this article, you can some great examples of Balinese Ogoh-Ogoh figures. As well as some background information about the origin and purpose of this wonderful Balinese tradition. 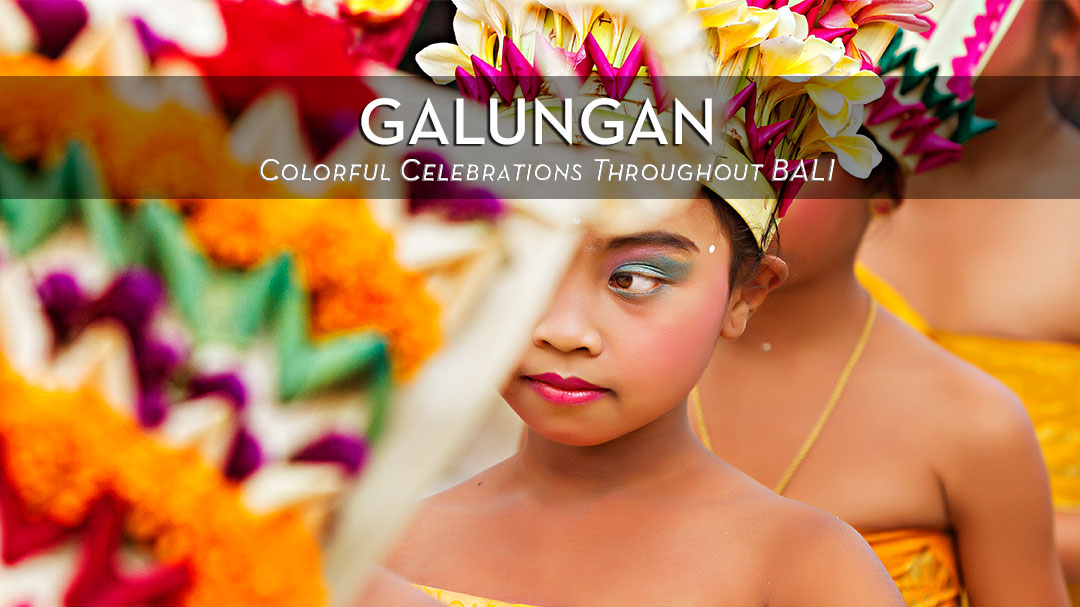 Galungan is one of the most important days in the calendar of the Balinese people. It is a time of celebration and a time of togetherness. With festivities all over the island. See the photographs here..