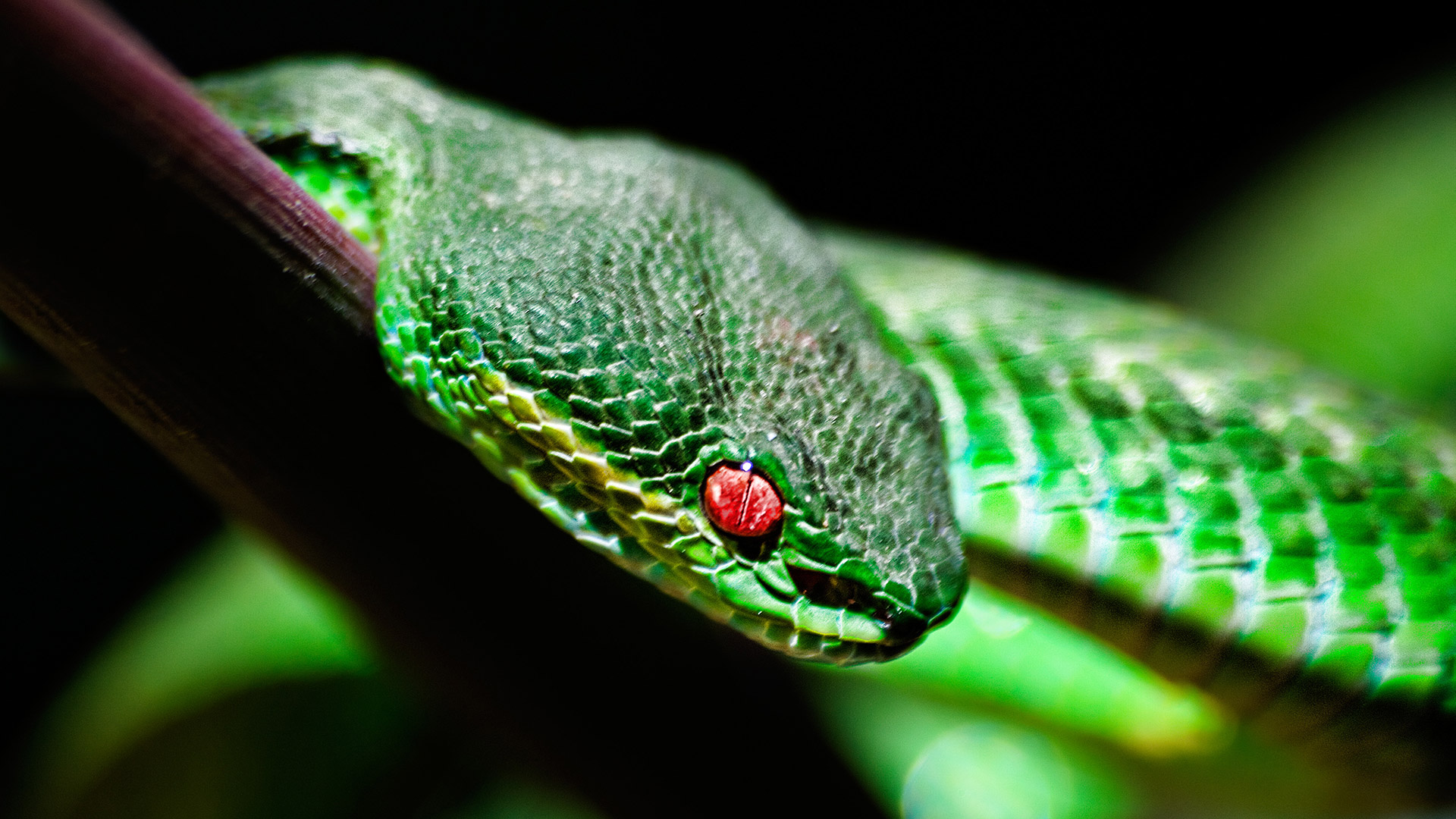 There are plenty of amazing portrait photographs of animals and people’s pets everywhere.

And especially the amount of cat and dog photographs on Social Media can be overwhelming, to say the least.

So, I thought I try a different kind of animal portraiture.

Macro photographs and butterflies and insect ? Nah – overdone… and overrated.

Bird photography ? Mmmmh… not patient enough for that.

What else could I do ? 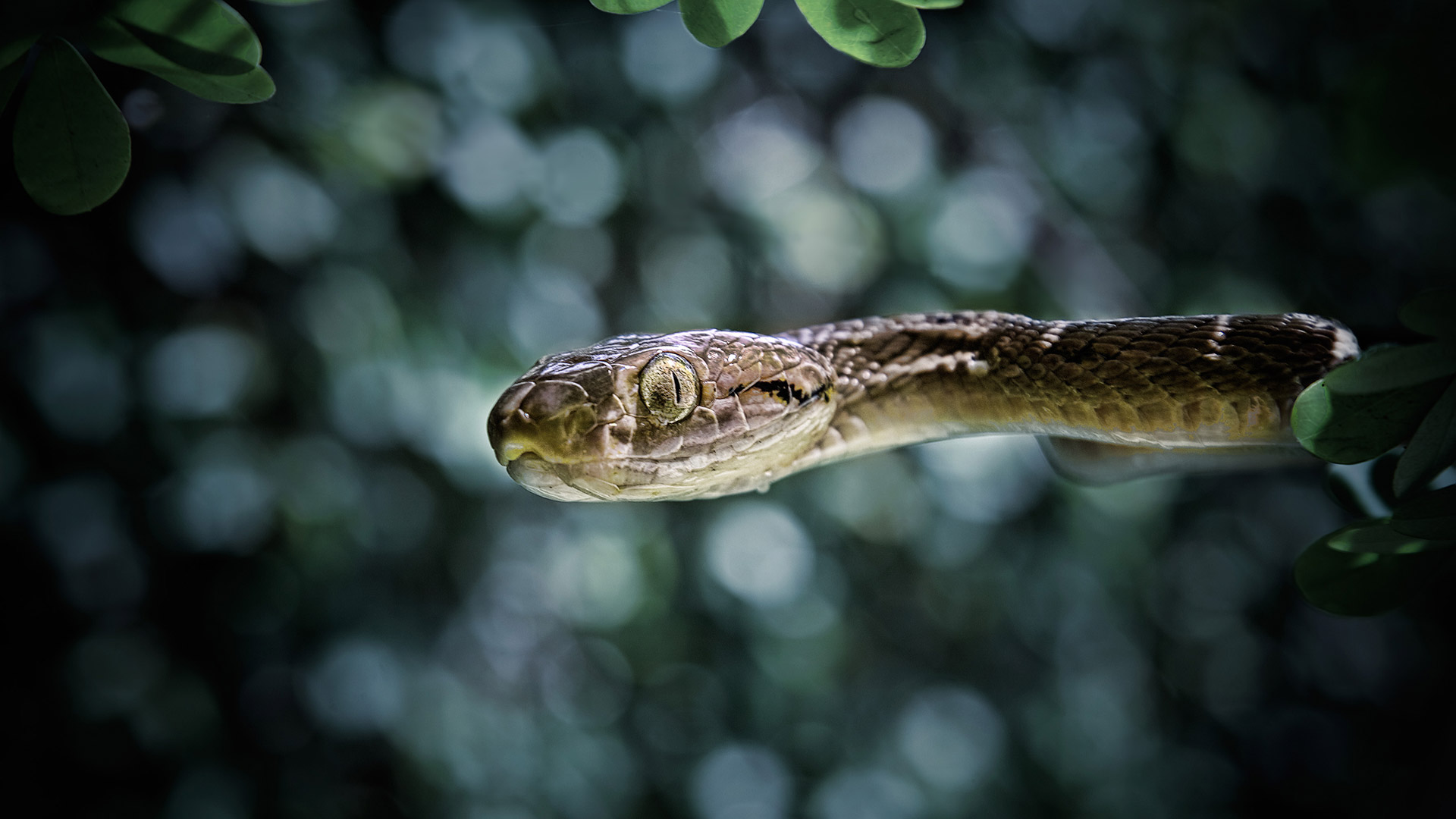 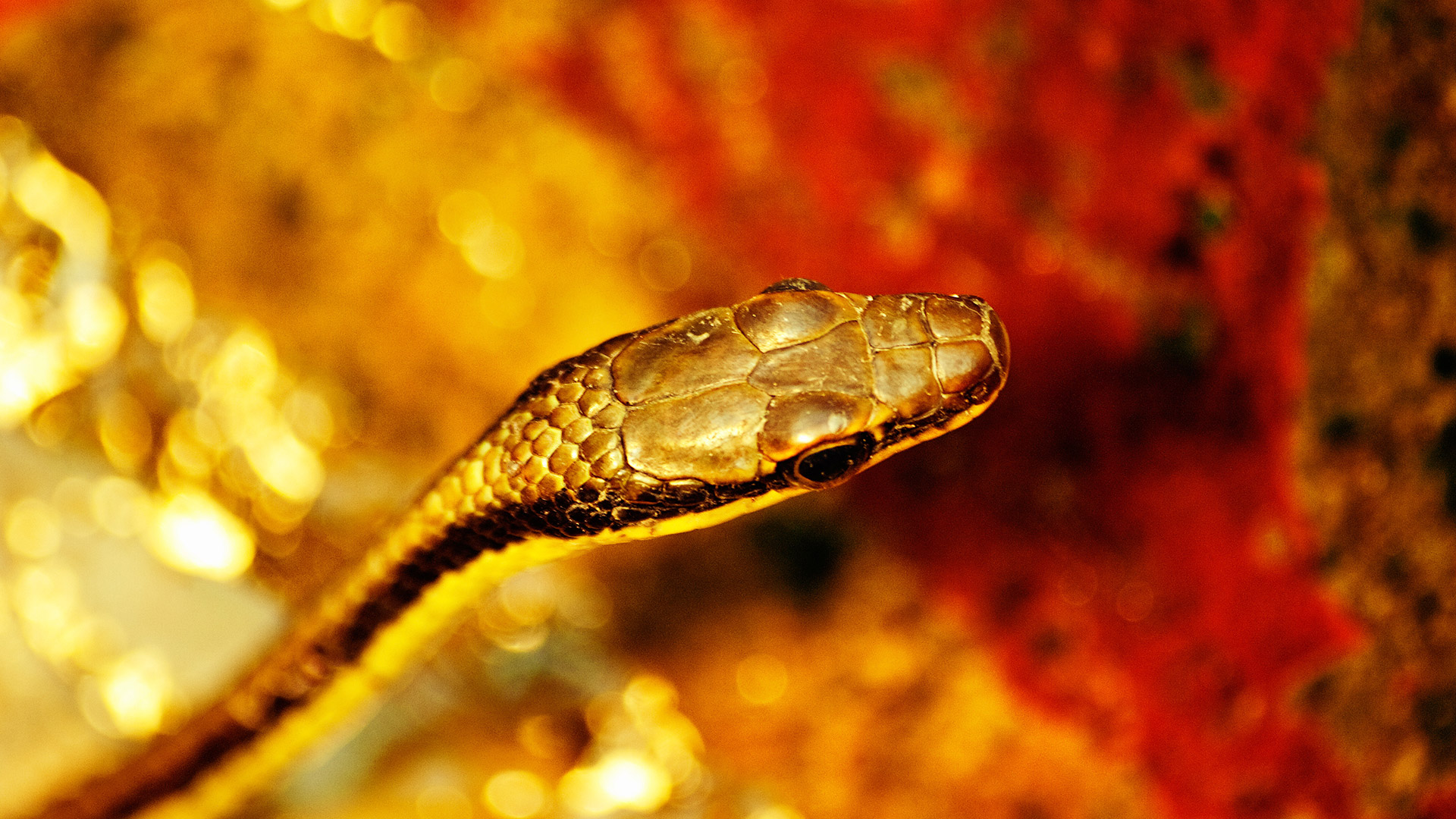 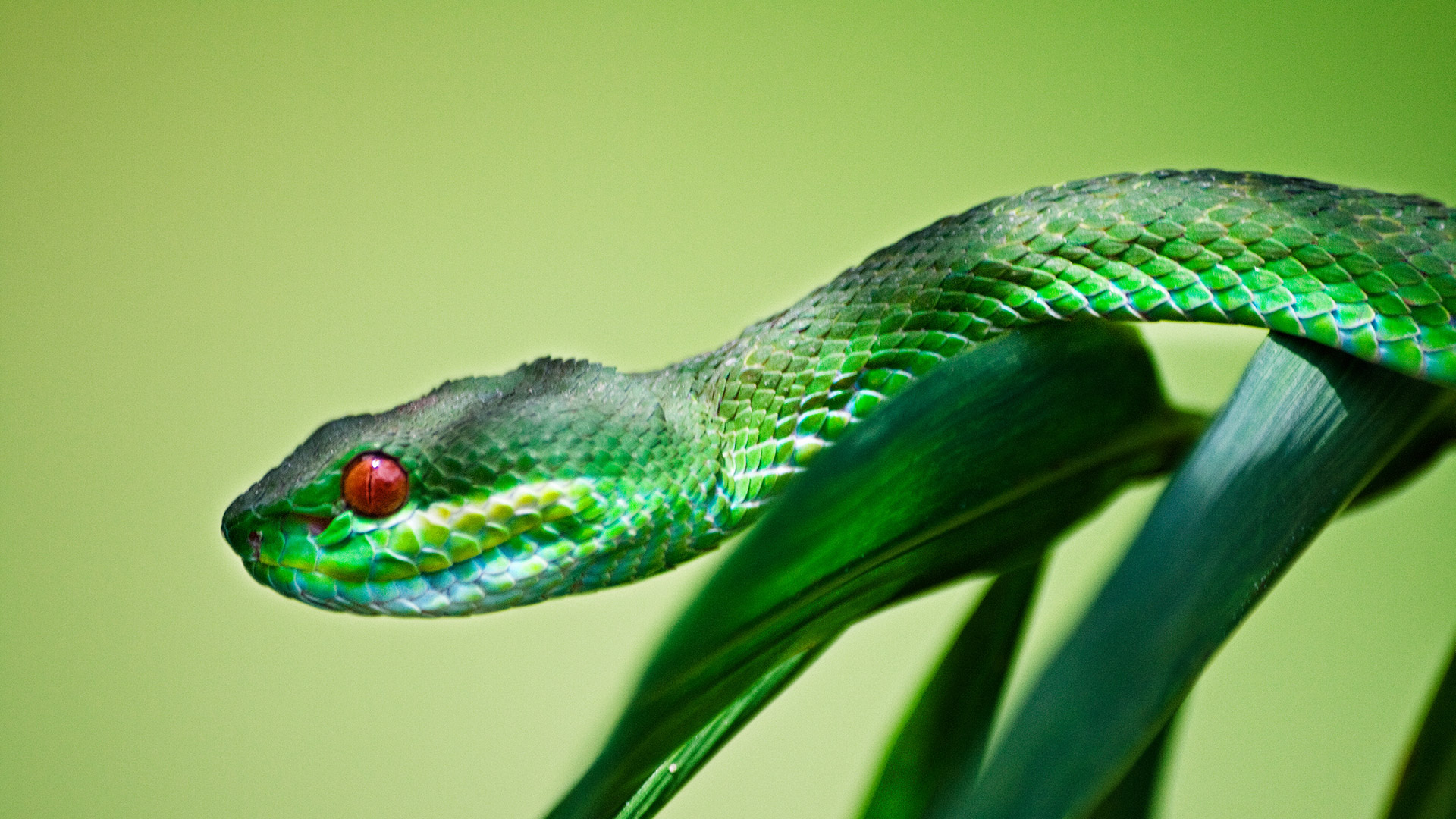 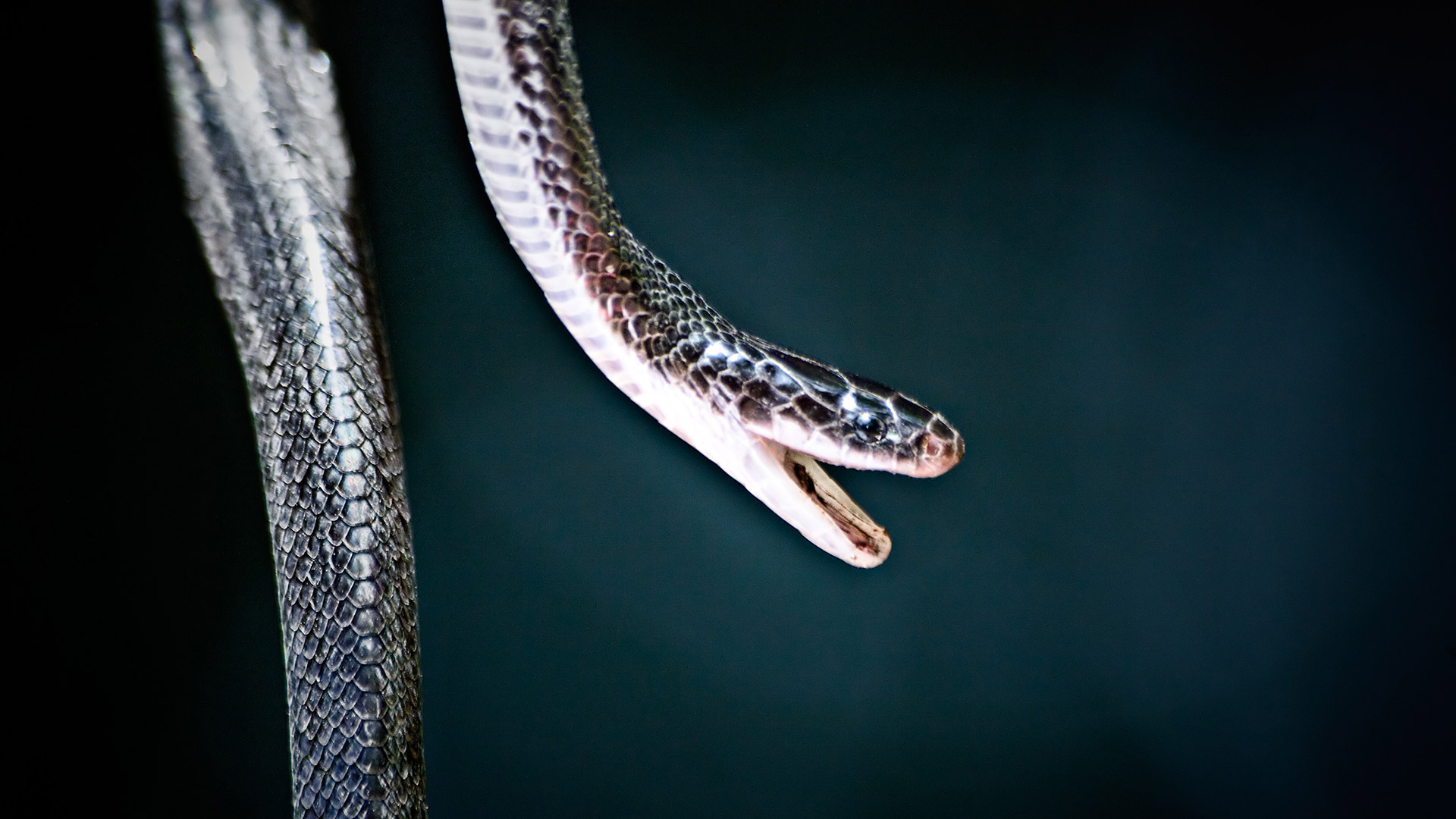 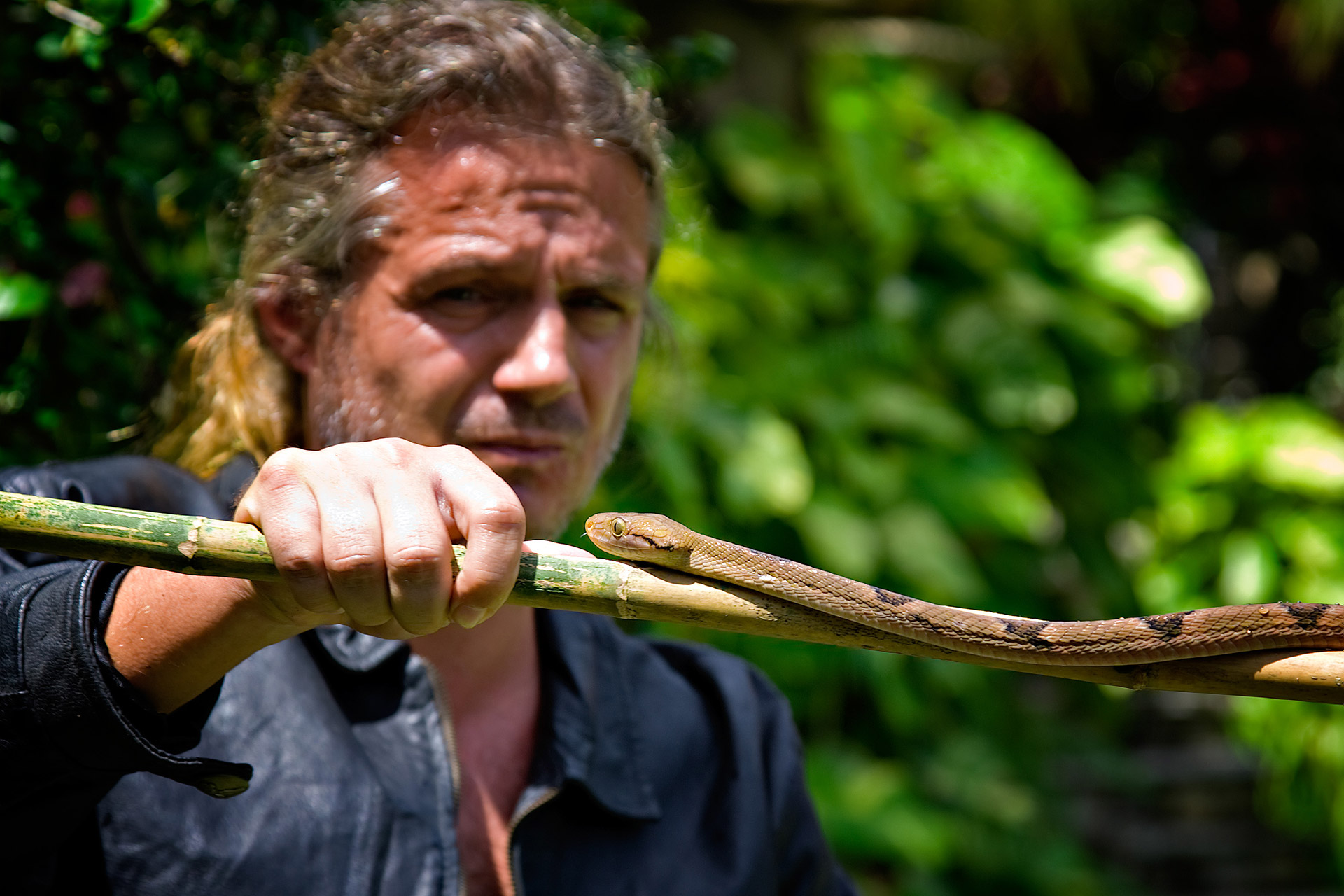 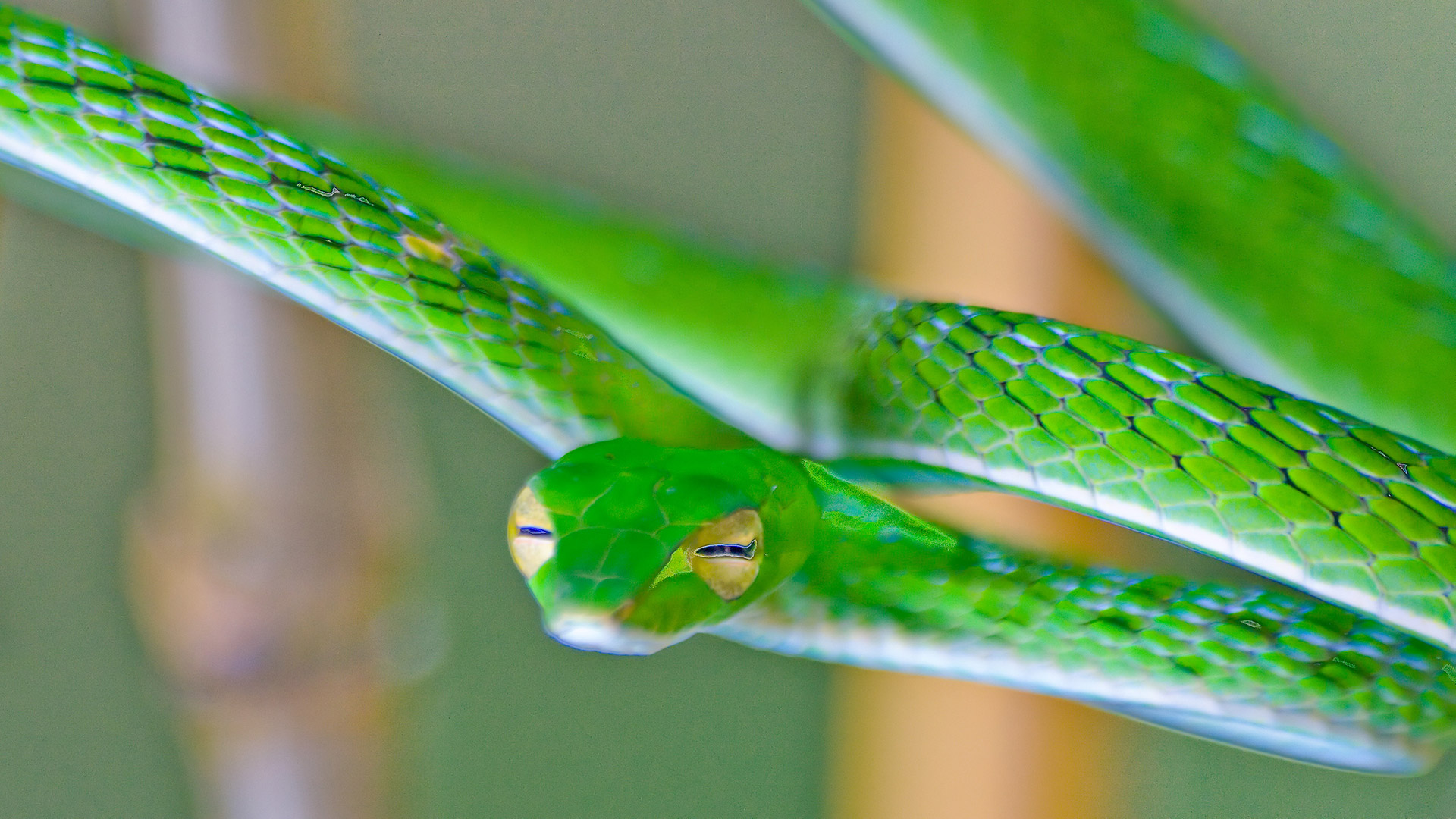 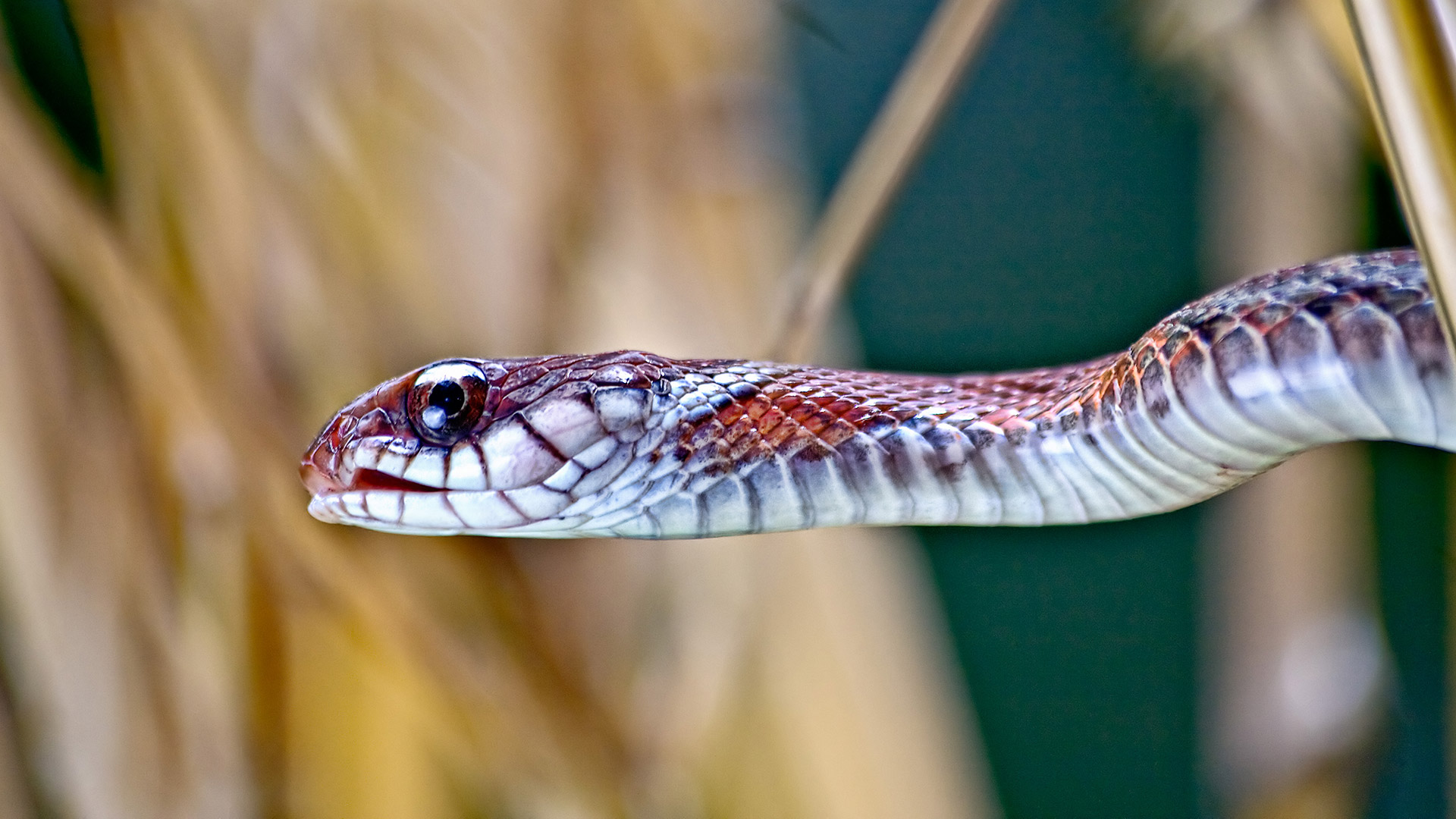 Fresh from our own garden !

Bali, where I live, has an abundance of snake species, and I was always fascinated by those lovely critters.

The whole project came actually about rather by chance.

And that coincided with a snake being captured on the previous day. So why not try out this new lens with this rather unconventional subject. I did only a 30-minute session with this snake before releasing it again.

After editing the photographs I was very pleased with the results.

So, over the course of the next 2 years, we captured any snake we encountered in our garden and did a photo session with it.

All together we encountered 9 different species of snakes – all just within the compound of our garden.

Some of those snakes continued to live in our garden for many years and we saw them on several occasion.

Unfortunately, nowadays they are all gone, due to habitat loss caused by the rapid pace of buildup in our area. I have not seen any snakes in and around the garden for at least 2 years…

Some of them we even occasionally encountered even inside the house.

None of the snakes photographed were hurt or harmed in any way. They were held in captivity only for a few days while being photographed and then released again into their natural habitat.

Bali has a very rich and diversified snake population. According to the leading snake expert in Bali, at least 15-20 species of snakes are known to exist in Bali.

Very few of those snakes are venomous and it is extremely rare that humans are harmed by snakes. It is more likely to get hit by a lightning strike than getting bitten by a snake …

Photographing snakes is not for the faint hearted. You have to be comfortable handling snakes.
Some species can be very fast ! Fast as in striking as well as in escaping.

Lens-wise I recommend any tele-lens above 100 mm focal length.

I would have had also my much better Canon 70-200 / 2.8 L . But I decided not to use it because it is too heavy for this. I had to be very quick and for that the Sigma was perfect.

All of the photos you were taken with available light only. However, on most photos we used a reflector that was bravely operated by my wife. Needless to say that she is not as much a snake lover as I am.

Diah, I could not have done this without you. Thank you so much !

Because the snakes cannot be arranged in a way you want them you will have to take a ‘spray & pray’ approach. Meaning to say that you should take lots n lots of pictures. And then mercilessly filter out the keepers.

I had shot several thousand photographs and kept 2% – 3% of them.

Forget a tripod. Most snakes will move a lot, trying to escape or do ‘their thing’. 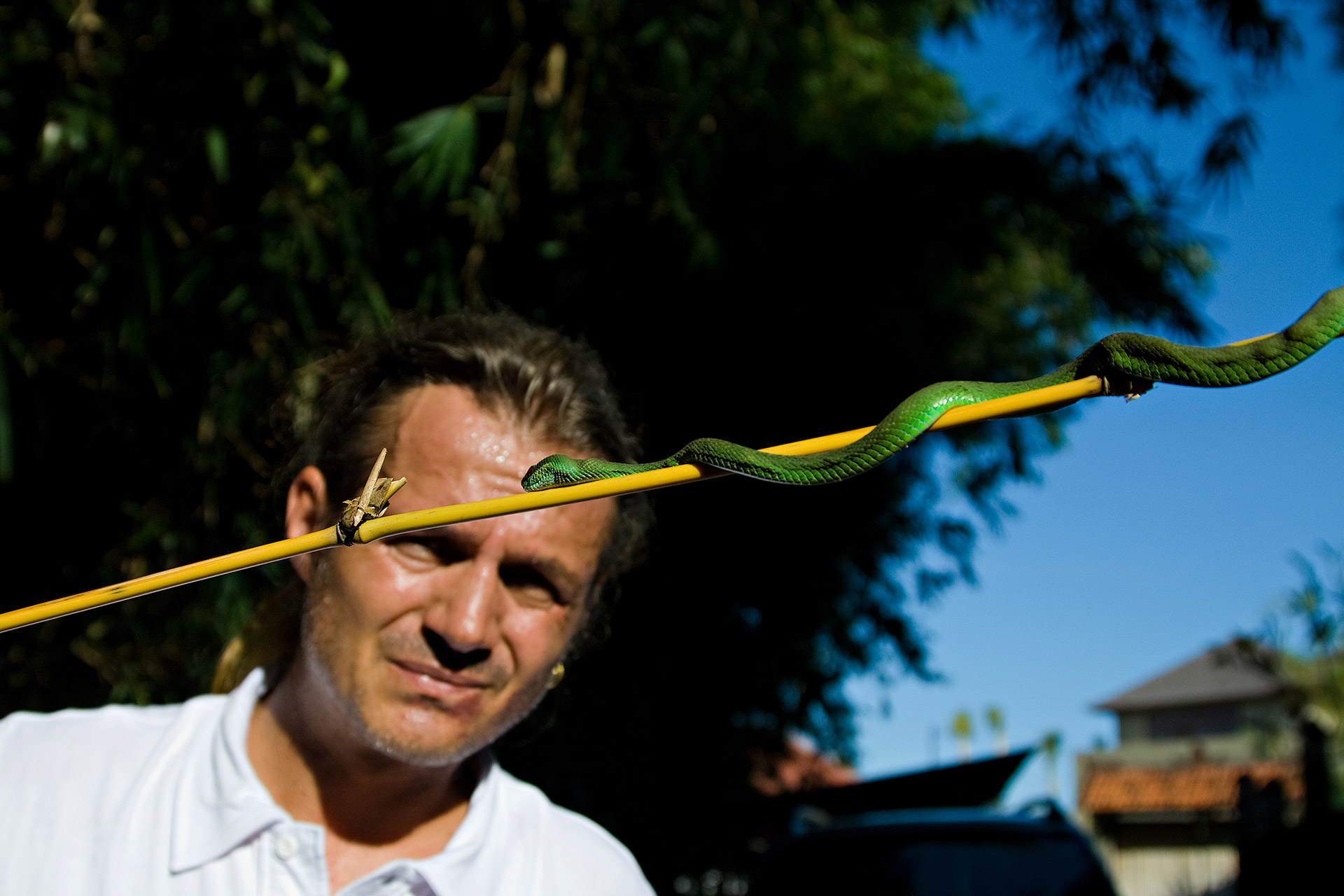 Snakes play a very important role in the eco-system – please do not harm them!

‘I would like to express my sincere gratitude to my family who gave their full support for this project.
Also I would like to thank Mr. Ron Liliey, a snake expert residing in Bali who helped me to identify those snakes and to advise on various aspects of those snakes.
Ron also runs The Indonesian Nature Foundation – http/www.lini.or.id